Statistics can be misleading because people on both sides of the Same issue can skew the message of statistics to argue their case. However, in the comparison of basic economic development matrix of the four countries, Singapore, Guinea, Sierra-Leone and Liberia, no such opportunity exists. What you see is what you get. The statistics indeed tell the story of how one country because of the determination and can-do spirit of the leaders survived and thrived while the other three have languished in poverty and lack, in a beggar’s universe. An existence that means entire nations of people are dependent on the goodwill of the taxpayers of other states to pay their workers and feed their people.

Let us compare shall we and you the reader can draw your conclusions. Singapore has no raw material exports from which they earn hard currency. The three African countries have various raw materials that they export for hard currency. From the illustrations, one can deduce that the countries except for Guinea, are drawing from the same well of natural elements available to every nation and human on earth. That is the human resources and land area that comprises the seed, soil and sunshine of natural endowment! Guinea has a much larger well of human resources and land area and thus more seed, soil and sunshine than the other countries.

The reason for the disparity is vividly illustrated in the modus-operandi of the countries after the horrendous experience brought on by the outbreak of Ebola. After the Ebola debacle, the President of Liberia along with the leaders of the other two affected countries–Guinea and Sierra-Leone–have been seeking “Aid.” They went to the international community to request $8 billion (U.S dollars) for medical and other development infrastructure. They did not take the time, one surmises, to ask to whom they are making the request. In other words, from whom are they seeking aid? The answer is that they are seeking aid from the taxpayers of other countries, viz., USA., UK, Japan, Sweden, Germany, France, Canada, etc. The money they are seeking comes from the pockets of the taxpayers of those countries–some of whom are also poor. In extreme cases, they are very poor. Think about that for a moment. That is akin to one adult saying to another adult that “because I have messed up my life’s agenda, I want you to handle me and my children’s welfare.” What, pray tell, would be the response of the unfortunate adult accosted by such affront? (Author’s quote) 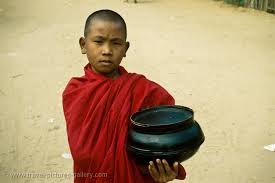 Singapore chose to do things very differently, and their way has worked. At least they are not going around elegantly dressed for Sunday school while parading with a begging bowl. Singapore depended on the ideas from its people and wise counsel from around the world. They went seeking ideas and implemented every idea they thought would work. Michael Milken, the extra-ordinary visionary of junk bond financing said about capital. “The common perception is that capital is scarce, but in fact, capital is abundant. It is “vision” that is scarce.” Jesus put it another way. He said, “my people perish for lack of vision.” Vision is the power given unto humans by the divine creator to create their reality from seed, soil and sunshine, which are the only guaranteed resources available to every nation and person. Because “he hath given us all things that pertain to life and Godliness, through the knowledge of him that has called us to glory and virtue.” That promise includes African people. How it is mixed and matched, cobbled together by ideas, is what yields the lifestyle of any and all peoples.

Instead of a begging bowl, the countries should be driving their resurgence and restoration with a captivating vision of possibilities and by refusing to give up or take “no” for an answer. What they should be doing instead of taking a very fancy BEGGING BOWL to the world, is to look within their countries and the diaspora community for ideas, mechanisms and financial alchemy that will unleash their development. It should begin with gathering a brain trust to review every idea, turn over every rock and unearth techniques that will start the process of irreversible growth to prosperity. I highly recommend Lee Kuan Yew’s book, “From Third World to First.”

All three countries have things they can do right now. For example, Firestone has been producing rubber in Liberia for 100 years but there are no factories converting rubber to tires and other goods for export. Iron Ore exists in great quantities in these countries, but no steel plant manufacturing steel for export to other African countries and the world. The ore is exported to Europe and converted into steel products before returning to African countries and the original exporters of iron ore as finished steel. By changing this pattern, the countries can unleash a process of instituting irreversible growth in their economy and prosperity that lifts all boats in their societies.