In this segment of all the above strategy for development, we are exploring how the concept of trade without money can factor into the development strategies of African countries. In my book, Compensatory Trade Strategy, How to Fund Import-Export Trade when Hard Currency is in Short Supply, there are several illustrations of compensatory trade techniques. No-money-down concepts are the basis for the illustrations. Like the ones taught by the late Leo G. Welt, then of Welt International, in seminars in the U.S and shared in his book, “Trade without Money, Barter Countertrade.” Compensatory trade techniques also figured prominently in Euromoney Seminars in U.K. Every major Western and Eastern company and all the governments were practicing it on some level. It was trade alchemy created precisely to deal with the economic challenges that made cash a huge premium in global trade between and within nations in the 1970s and 1980s. It is still very relevant to African countries because for now, at least, they are in a fiscal environment that is limiting their ability to develop their economies from internal resources because they are cash poor.

Trade and Financial “alchemy” is the key for African nations

In the limited fiscal environment in which African countries exist, the countervailing antidote, “necessity being the mother of invention” is creativity. Compensatory trade is a term coined to tent all barter & countertrade transactions, including counter-purchase, evidence accounts, offset, buyback/industrial cooperation, etc. Barter, the original form of the trade alchemy, had been around since before recorded history because primitive people practiced a simple form of barter exchange. After WWII, barter technique was heavily used because Germany and most of Europe lacked cash. But its modern reincarnation was in the 1970s and ‘80s, when the world economy was in a recession. Tight fiscal policies and high-interest rates in the U.S and U.K., instituted to combat inflation in both countries, cascaded its effect on the world by shrinking the global economy. It made it very difficult for poorer countries to service their dollar-denominated debts or to afford important imports. East-West trade became almost exclusively dependent on barter and countertrade because the then-Soviet bloc of COMECON nations had little to no hard currency resources. 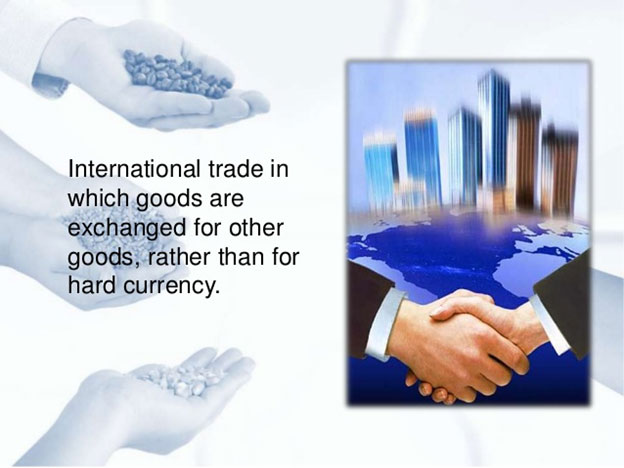 It was difficult in the Western economies, too. Companies were unable to sell their wares to their foreign customers and within domestic economies, goods and services did not flow as well because buyers lacked cash. Cash was at a premium and in response, barter trade flourished. In official circles, Western nations said one thing, but behind closed doors they joined the chorus. Their official position was that compensatory trade was restrictive trade and thus violated the principles of a free world trade system. However, the reality was that competition between their (Western) nations forced them to institute a process of managing compensatory trade. The driver of the competition was (Western) businesses competing for market share in the world. U.S response to compensatory trade techniques was headed by one of the world’s premier compensatory trade experts, Dr. Pompilliu Verzariu. Dr. Verzariu is the author of one of the world’s most popular and authoritative books on the subject, titled, “Countertrade, barter, offsets: new strategies for profit in international trade.” The rise of barter during the period is an example of Western business’s response to an existential crisis. During periods of an existential threat the pattern is that Western businesses unleash a desperate creativity driven by survival instincts, and their governments follow their lead. In that context, principles such as free trade are trodden under the foot of businesses that are seeking avenues to sell their wares by any legal means necessary.

Grow and prosper by through the power of ideas

African countries don’t yet understand the full ramifications of an existential threat because frankly it has not been a status-quo felt by most African societies. On the other hand, European nations, from which all Western societies and cultures have evolved, had to deal constantly with the existential threat of invasion and conquest by other Europeans before the modern era. The desperation-mandate to act is deep-seated in the mindset and psyche of Westerners. It is evident in how Western societies react to everything including social and military matters. Africans have no such propellant, and this is the time for it to evolve because times are desperate and desperate times require desperate measures.

In the current business environment, people in the West don’t have a “pressing” need to scurry around the world trying to get anyone to buy their wares by any means necessary, including countertrade. That is because, in the prolonged “bull” (business) cycle, businesses have cash customers and don’t need to use extraordinary means to get sales. In the 1980s that were not the case. Although cash constraints prevented customers from doing business, a large majority had goods and or services that they could trade. As a result, most companies created a Countertrade unit within their companies to execute countertrade offers. It was to ensure that they did not lose market to the competition, due to inability to compete on every business platform. The countertrade unit was incorporated into the sales and marketing unit of companies. Their role was to negotiate countertrade offers from traditional cash customers and to dispose of countertrade products received from transactions.

Western attitude towards compensatory trade techniques is one of pragmatism. It is a good posture because there is a good chance that the world will experience another perfect storm of an economic cataclysm in the future. A storm that is similar to the one that led to the conditions that made compensatory trade techniques an indispensable means of business transactions in the 1970s and ‘80s. There are elements of countertrade still in practice today as well. The most prominent and widely used is “offsets” and “co-production” in military procurements among Western nations. 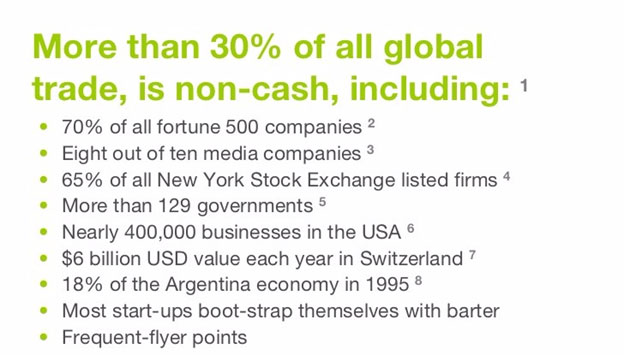 Fig. 3 Compensatory trade is thriving around the world today

If African countries employ the same type of pragmatic reasoning that attends the decisions of the advanced countries, they will see the crucial importance of the techniques of compensatory trade in their efforts to evolve prosperous societies. Conditions favor its adoption. African countries are cash poor. Because most countries in Africa are import dependent, they need to import large amounts of goods and services for their societies to function. African countries need to develop trade within the region so as to keep the resources of the region circulating and creating jobs within the region. The countries have tradeable goods. It all points to developing a trade alchemy that can lubricate trade-for-development. The trade alchemy that African countries need is compensatory trade techniques.

Fig 4 charts a typical “trade without money” compensatory trade transaction. While it does not literarily mean there is no money involved, it means that the transaction has been designed to not require the buyer to pay for any part of the foreign components in hard currency. The payment comes later, from the supply of, in this case, gas, but it could be almost anything that the supplier of the plant and machinery can convert to cash. Using the format of the Siberian-Gas-For-Pipes trade, African countries can develop industries to process their raw materials into finished goods for export. Rubber for tires; iron ore for steel; copper for copper products; bauxite for aluminum products; etc. It is the pathway for African countries to create a cascade of industrial jobs that will help to reduce unemployment and poverty. 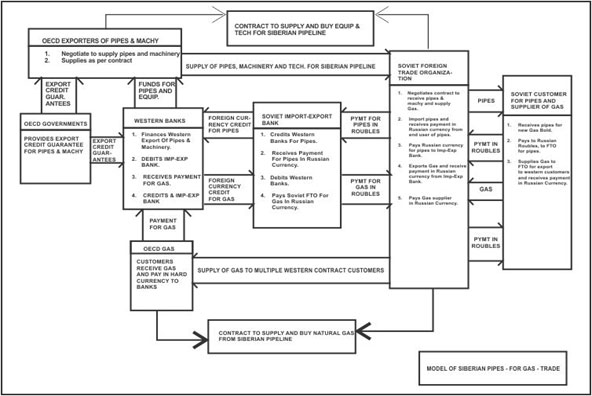