The Positive Desperation of Being on “Death Ground”

In the “Art of War,” Sun Tzu, a military genius who lived in 544 to 496 BCE, states that if you put an army on death’s ground–a place from where there is no escape or retreat other than fighting their way out–each person will find within them resources that they did not realize they possessed. And in desperation will fight with braveness and strength of many men. With that motivation, a small, well-trained army of men fighting with braveness and determination will always overcome a greater army of multiple times its size, comprised of soldiers lacking such motivation. Asian leaders put their people on “death ground” and made sure that they had to fight their way out of poverty and potential annihilation. For Taiwan, death ground was withdrawal of US financial support and no prospect of survival unless new sources of replacement hard currency were found. The mortal threat was war with China, from which they had separated. In the case of South Korea, death ground involved a similar dynamic of withdrawal of United Nation’s funding and an economy that was devastated by the Korean War. The mortal threat was War with Soviet-backed North Korea. 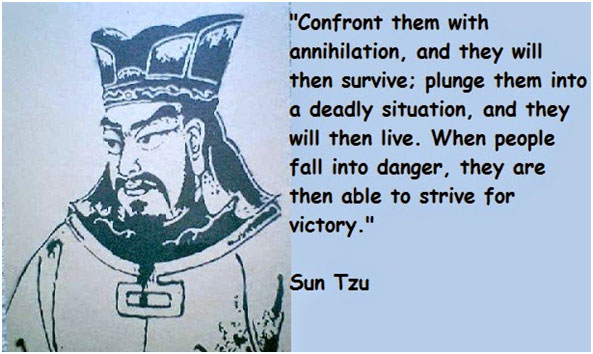 For African countries, there is no compelling mortal threat on the horizon. Although some will say that mortgaging the future by giving the “jewels’ of your economy to the same culture of people who were at the Berlin Conference of 1884 to 1885 is putting the society in future peril. Because the indigenes will own very little of their economy and the country would be beholden to former enslavers. However, Africans can simulate the pressure and reality in the aura of “death ground.” For them, “death ground” is to remove the umbilical cord of aid and hand holding by the world especially Western nations and recently, China. It would involve setting a specific date within which to achieve economic independence and self-sufficiency without requiring aid support, economic or otherwise, or grants. The underlying caveat is that society will be subjected to great sacrifice and hardship if they fail to achieve the goal. For African countries that would be their “death ground.”

From Consumers to Producers

The human mind is an extraordinary commodity. It is capable of achieving tremendous feats. It was created to do this. Benjamin Disraeli, a Jew who was a commoner, who became Tory Prime Minister of then-anti-Semitic England, put it this way when he said; ” Nothing can resist the human will that will state even its existence on its purpose”. In other words, I will do it or else, die trying. And the last time I looked, Africans are humans and each African possesses a mind. The naysayers who are claiming that Africans cannot learn to do what Asians have done are false prophets. They deserve to be, in the immortal words of the late, Dr. Goh Keng Swee, “denounced” and shouted down. Dr. Swee was creator and inspiration for Jurong Industrial Estate now JTC Corporation, one of the most successful industrial enterprise promotion ventures in human history. In the beginning, Jurong Industrial Estate was known as “Goh’s folly” because it did not have many industrial customers, but he and Singapore’s EDB (Singapore’s Economic Development Board) persisted.

Before long, the “haters” and naysayers were firmly planted in the cheering section when Jurong Industrial Estate took off. That was more than 50 years ago, and it hasn’t skipped a beat. As the co-pilot of Singapore’s extraordinary climb to one of the richest nations in the world, Dr. Swee faced the same doubters. They comprised of former colonizers and homegrown sheep in wolf’s clothing, which were doing the bidding of former colonizers. The effort of the team of Singapore’s leaders, headed by First Prime-Minister, Lee Kuan Yew, the conductor of the orchestra, created the economic phenomenon of modern Singapore. It is a city-state of less than 6 million people that has a GDP of $250 billion and exported $410 billion in goods and services in 2013. The highest exporter in Africa is Nigeria, which exports $91 billion and ranks 35th in the world and has a population of almost 180 million people. Singapore is the 14th largest exporter in the world and has the 3rd highest per capita income in the world at $78,000. To put it in perspective, Singapore, a city-state of 5 million people is more than 4x more proficient in exporting than the best exporting country in Africa. It speaks to the power of having a great economic development strategy.

I think that should give every reasonable person a bit of a pause and elicit the question, “why?”. By the way, it is apropos to mention that the state of Singapore has NO RAW MATERIALS that they export. Just manufactured and processed goods and services. The city-state has the highest per capita rate of millionaires in the world by some lists and ranks in the top 3 on every list. It is illustrative of the success of Singapore’s founding fathers that per capita income in Singapore in 1961 was $450.00. At the same time that many African countries started their journey as independent nations. For the sake of comparison, Singapore went from per capita GDP of $450.00 in 1961 to $78,000.00 in 2013 while most African countries went from $200.00 to an average of about $4,500.00.

The people who are declaring that Africans do not have the mental acuity to learn the art of selling to people in other countries are wrong. Dead wrong! It is insinuating to be more knowledgeable than the creator who has placed no limits on his creation. African people survived the middle passage during the slave trade. They survived the hellish existence of the barbaric institution of slavery. Many examples of extraordinary acts of bravery; scientific, philosophical and educational achievements populate the history of the African person. On the incontrovertible substance of the preceding, the only limit on the African is one placed on them by their environment. These would be the external and internal false prophets; self-imposition; and the wolves in sheep clothing in positions of leadership who are stealing and robbing the (investment) seeds from their people. As for the latter, everything that holds African countries back is beneficial to them. It was set up by the colonizers to create the incentives to affect indirect rule. It was the (blood-money) benefits given in return for them doing the bidding of externalities, including working against the interest of their (own) people. The colonizers have left but by the concept of “empire by other means” their influence is still being felt. Through the actions and activities of their former colonial surrogates which has been passed down from one generation to the next. That is why their view is tainted and thoroughly discountable. 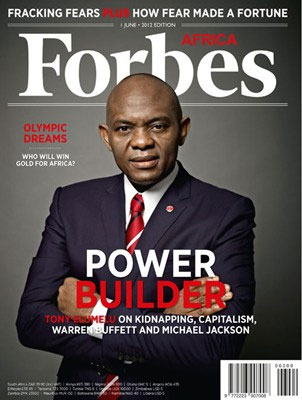 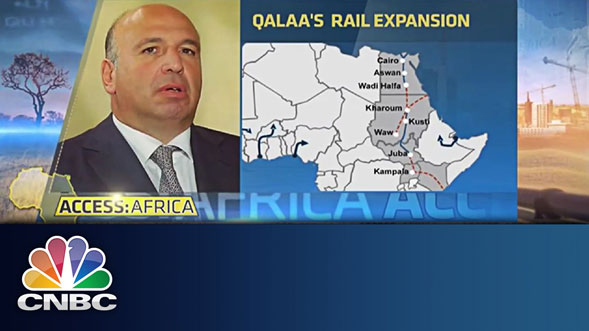 Instead of making the claim that African countries don’t have people who can manage businesses that export goods and services to the world. The substantive issues should center on how to train prospective business owners and entrepreneurs to learn how to develop and manage export enterprises just like the Asians did in their accent. People always sidestep discussing where the Asians were when they started export-oriented industrialization. Virtually every country was in the same or worse situation than African countries in the 1960s. They also did not have gifted people who carried their countries by their (incomparable) business brilliance. Instead, they had very determined “plodders” dogged in the pursuit of success and willing to take the risks and buck the world community to force their way into global export trading arena. Their governments set the table by creating supportive structures through preferential financing, export performance incentives, and rewards, providing training and market research for prospective export markets. The entrepreneurs did the rest….To be continued in Part 7 of 8.