African countries can change the economic dynamic of a post-independence narrative fraught with tales of impoverishment, dependence, and negativity. They can become economically prosperous and self-sufficient, standing on their own. It won’t be because of a surge in FDI, NGOs or foreign principals coming to help direct the way. Rather, it will be because African people rise to the occasion and do the right thing for themselves. And it won’t be decided at the World Economic Forum or any other forum for that matter. It will be determined by Africans in each country rolling up their sleeves and getting to work eliminating the problems in their society one at a time. It will require common sense decisions on one hand and competent management on the other. It will require denouncement of false prophets bearing failed economic exposition that have created the hole from which African nations are digging themselves. It will require political managers who are managing for the interest of (all) the people they represent. Finally, it will require elimination of graft and corruption, the bane of any development initiative. One of the chapters in my new book, “Unleashed: A New Paradigm of African Trade with the World,” is “Killing Corruption.” The chapter outlines how to do it. 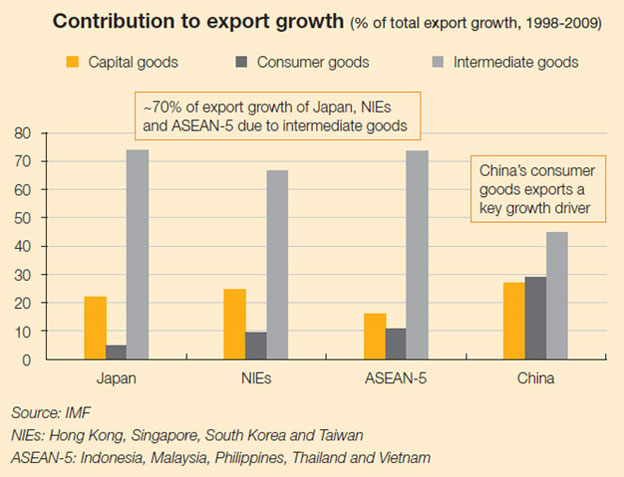 The fixation on the perils of inward-looking industrial development strategy, aka, Import-Substitution Industrialization (ISI), is due to the poor results it has produced for many countries in South America, Africa, and Asia. Without the poor results of ISI, we probably would not have Export-Oriented Industrialization. It is, therefore, a huge surprise that policy “wonks” in African countries are still contemplating it as an option. What Asians realized very quickly was that the only way, for them to survive, was to find a means to earn a good living. Founding First Minister of Singapore, the Honorable Lee Kuan Yew, referred to it as “not extending a begging bowl” philosophy. They determined that using their labor to produce for export was the only good option. It is still the only good option for countries that are trying to climb the economic ladder today, almost fifty years after the Asian Tigers first launched it.

ISI creates several challenges for economic managers. Poor countries need to manage consumption. If a consumer wants a yacht, they can have it provided the hard currency needed to pay for it is not derived from the general hard currency income pool of the country. A yacht is an extreme example. In the case of South Korea, an imported television set was part of the goods that was considered a luxury item and subject to very steep tariffs when they launched the export drive in the mid-1960s. For political managers, one of the most important economic challenges, therefore, is focusing the economy to create synergistic opportunities for entrepreneurs, business, and industry.

For example, a company imports already finished parts of an office chair and assembles the chair and labels it as manufactured in the country of assembly. The disassembled chairs are raw materials in the ISI model. It goes without saying that the company will not be able to export the chair because of the high cost. It is a travesty. Raw materials for chairs are lumber, paint or varnish, bolts and other hardware; not pre-fabricated parts. If you are going to manufacture chairs, you have to start from the raw lumber. The question for managers is to decide whether it is reasonable to allocate hard currency resources for importing pre-fabricated chairs as raw materials or is it better to challenge local entrepreneurs to meet the need from locally produced chairs employing 100% locally obtained materials. The same goes for any end-product requiring 75% or more of pre-fabricated imported components. It is not a locally manufactured product. A lot of Auto assembly, electronics, and pharmaceutical plants fall under this category. Because the ISI model requires heavy imported (externally pre-made) components, they cannot compete in hard currency markets and are not exportable. In every country that has tried the strategy, the (inputs) matrix is usually missing major segments of the supply-chain capacity required to make ISI locally grounded and thus, economically beneficial. They include metallurgy; especially steel, alumina and copper manufacturing industry, base chemicals, machine tool and diecast, paints, etc. Without which ISI is akin to importing the finished goods.

The Good: A New Paradigm of Trade for African Countries

The preceding is why the Asian Tigers went about things differently. South Korea started by prioritizing production for export. Only goods designated for export markets were priorities. Everything else fell outside of it. Export enterprises received preferential treatment in access to bank loans and government subsidies. Raw materials designated for export production was allowed into the country duty-free, etc. The entire economy emphasized growing South Korea’s national income based on exporting manufactured and processed goods. This model is available to every African country. It is arguable that it is the right and only model for development for African countries because it is the least costly and most effective way in which long-term development can be sustained and fostered.

African countries are not poor. On the contrary, they have simply followed a poor strategy since independence. Singapore is a small city-state, but it is also one of the top exporting countries in the world. The idea, that every African country can prosper, has evidentiary support in the experience of some Asian and South American countries. Among Asian countries, the most vibrant newcomer and one which is currently surging as a global exporter is an upstart. Vietnam has overcome the ravages of a long drawn out war and tremendous damage to its land and infrastructure. It is rising as an export-oriented industrializing nation and a supplier of consumer and agricultural exports to African countries. In 2014, Vietnam is reported to have exported $500 million of long-grain rice to Nigeria—a country that has had decades to grow its rice production industry, but has failed to do so. One of the obstacles in the way of evolving a better strategy is that leaders have underestimated the capacity of their people. The South Koreans, Taiwanese and HongKongers who spearheaded the economic resurgence of the Tigers, were not particularly gifted nor where they highly educated. What they had was their willingness to take risks in the effort to sell their wares in western countries. Africans can also learn how to take calculated risks to build export enterprises that will make them successful….Next up: Building industrial export capability in African countries.