Bridging the Chasm between African-America and Africa

The countries of Africa are passing through a similar point in their history as all wealthy states when they too, were developing the economic impetus that carried them to prosperity. All of them, including the United States, benefited from the influx of people of similar cultural heritage who came from a different part of the world. While I am not advocating a “Marcus Garveyian” mass-migration, there is no denying the epically staggering proportion of business and financial opportunity in African countries, masquerading as challenges. 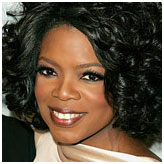 With her aptly acronymed television network, Oprah, in a word, OWNs. America’s most beloved talk-show host, book club president, actress, producer, magazine owner, satellite radio station owner, philanthropist, lifestyle guru, and single-handed president picker, Oprah was raised being taunted for having to wear potato-sack dresses because of her poverty. Now, if she sneezes, the market moves.

In America, examples include ÉleuthèreIrénée du Pont de Nemours, founder of DuPont Chemical, a French immigrant and steel magnate Andrew Carnegie, a Scottish immigrant to America. The phenomenon has impacted Asia as well. In Japan, it was Western-trained Japanese coupled with management and total quality concepts of W. Edwards Deming that enabled Japan’s transition to global industrial export colossus. In Taiwan, the influence of Taiwanese Americans was a major part of its ascension. The contribution of South Koreans abroad helped to unleash the “Miracle on the Han River.” In China, oversea Chinese brought important ideas for industry, trade, management and entrepreneurship to China. It was a major factor in the foundation of Deng Xiaoping’s engineering of China’s economic miracle, of which the whole world is a witness. 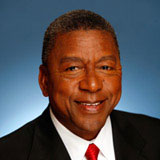 Africans have the same conditions that precipitated the influx of culturally-aligned population group into the United States, South Korea, Taiwan, China, and others. African-American community of the United States has hereditary affiliation with Africa, but there are complications. There seems to be an invisible chasm between African-Americans and Africans. It is a subconscious reality harboring phantom and tangible properties. Part of it is directly attributable to the media. African-Americans were force-fed information about Africa by a tainted media narrative centered on Tarzan and trees, in the 50s, 60s, and 70s. This quote from Havard Professor, Henry Louis Gates encapsulates the issue. “My family and our neighbors and friends thought of Africa and its Africans as extensions of the stereotyped characters that we saw in movies and on television in films such as ‘Tarzan’ and programs such as ‘Ramar of the Jungle’ and ‘Sheena, Queen of the Jungle.’” Times have changed. Images of starving children, wars, poverty, and disease have replaced Tarzan and trees. Ebola is the latest in a long line of human and natural calamities that the world has used to define the existential reality of African people. It is a narrative whose historical tendency is towards denigration rather than the reality of the people of African countries.

Who is to blame? I am a firm believer that we are each responsible for the narrative of our existence. On that basis, I am totally at ease in laying the blame at the door of African leaders who have had the responsibility of shepherding the affairs of their nations since independence. To say they have not acquitted themselves with distinction in the task of nation-building would be an understatement. I think the chasm that exists today between the community of African-America and Africa can be traced to this failure. Bridging the gap is the responsibility of leadership on both sides of the divide.

African countries urgently need industries that will convert their raw materials into finished goods for export. A  reason for the economic challenges of most countries is an economic model that relies on export of raw materials for income to fund budgets and economic activity. While the economy is reliant on imports to meet local needs. It is a one-way strategy to impoverishment. Conversion projects have sound financial viability because a market for the finished goods already exists in the West. For instance, African countries supply 80% of the cocoa beans used to make chocolates but manufacture only 5% of the chocolate consumed in the world. 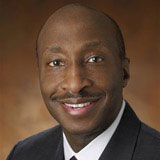 Kenneth Frazier, CEO of Merck & Co., Inc. He’s the first African-American CEO of a pharmaceutical company, and only the second lawyer to become a CEO of big pharma.

African countries have cheap labor and are viable options for manufacturing ventures to produce goods for re-export to Western markets in competition with the Asia Tigers. It covers a vast array of consumer and industrial products. Some of the categories are small household electrical products, Hair and beauty products, fashion, sports apparel and footwear, etc. Alcoholic and non-alcoholic beverages are also prime areas. In industrial goods, pipes, fittings, electrical supplies are prominent areas of opportunity.

The population of Africa is about 1 billion and growing at more than 5% per year. The largest segment of the population is in the 30 and under age group. The continent is gravitating towards open borders making it easy for labor to migrate to where it is most needed. With the migration will follow greater concentrations of consumers. Because cheap labor is an advantage for ventures designed to manufacture for export, selling in the local market is a generous icing on the cake. 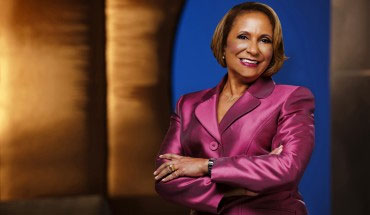 The marriage is a no-brainer because both sides need each other. African-Americans live in the greatest industrial and entrepreneurial country in the history of the world. They have attained corporate and managerial expertise that African countries need. As for funds, there are more than enough resources to tap into for such ventures. On the African side, more liquidity is being released through growing wealth of wealthy Africans, investors, pension funds and other mass-agglomeration of savings vehicles, including insurance companies. On the home front, many African Americans are involved in the capital markets. Various vehicles, including bonds, can be devised to enable broad participation of people within and without the community in African ventures. There are necessity and opportunity. The West ignored African countries for decades until China started to gobble up opportunities. It ignited the competitive spirit in the West and ideas that were once rejected have found an audience. African-Americans can break through in Africa and America and slowly but surely, begin to earn some respect here at home in America as well.