Thinking Outside the Box: The Fallacy and Delusion of African Wealth

The Scramble for Africa: Berlin Conference of 1884-1885 to Divide Africa

This is a sensitive topic; as such let us establish a framework of foundational pellucidity for the argument to follow, based on substantive historical realities and precedence. It is a (evidentially incontrovertible) reality that when African people—particularly albeit not exclusively—in the Sub-Sahara region of the continent find the path to prosperity, the global community of African diaspora will experience a rising tide which should lift the world economy. As mentioned, there is unambiguous precedence for this prognosis. China is the most recent but fast on the heels of the “China economic syndrome” is Vietnam which is on pace to become the next Asian Tiger. As we have witnessed with the rise of China, trillions of dollars in GDP has been added to the global economy and Chinese diaspora has benefited substantially. However, the evidence also includes Western experience and history which one finds in studying the immense boost that the United States gave to the European family and indeed to the world. 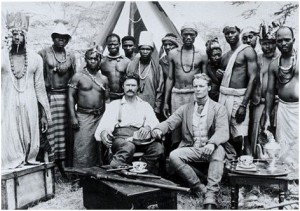 The rise of America as an industrial power precipitated huge swarms of immigration of mostly poor Europeans to America. For example, Andrew Carnegie, the great self-made steel magnate, emigrated with his family when the handloom trade upon which most people in the town of Dunfermline, Fife, Scotland depended for their livelihood, evaporated with the advent of machines. The European immigrants formed the backbone of the workforce that industrialized America. But the immigrant boom was not restricted to Europeans. It is very doubtful if the transcontinental railroad that linked the eastern half of the new country with its western half could have been built without the labor of Chinese immigrants. They were willing to work at a price the railroads could afford and less prone to strikes than European railroad workers. It is therefore in the backdrop of the following that this discussion determines to address the decades-old torpid attitude of the competitive ineptitude of African countries and leadership.

Fallacious Delusion of Wealth and Loss of Competitive Spirit 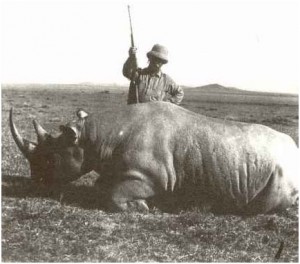 There is a nefarious and insidious intellectual virus which has robbed African leaders and people of the motivation to compete vigorously with other parts of the world for a share of the global economic pie. This virus is a fallacious delusion that African countries who export raw materials for a living are wealthy. Nothing could be further from the truth or more injurious to the motivational spirit and competitive drive inherent in every African. Among the countries doing better than most, South Africa and Equatorial Guinea have relatively high per capital income but because the fruits of the GDP of both countries are concentrated in a limited number of hands and not dispersed through the social-economic sub-structure, their apparent prosperity does not have a commensurate impact on the majority of the people in both countries. Evidence of the lack of flow through to ordinary South Africans can be glimpsed from the incessant miner’s strikes which have plagued the country in recent times. The miners are a direct arbiter of how the underbelly of South Africa perceives the economic stewardship of the country’s ruling party, the ANC.

Every person of African origin should get a nickel for every time someone mentions in a conversation that “Africa is rich.”The windfall from it would help to reduce privation on the continent. In fact I was in the middle of correcting assertions about Africa made by one of the people with whom I was holding what seemed, on the face of it, to be an intellectual discourse on the status of African nations when someone mentioned that Nigeria was a rich country. The obligatory spill about Nigeria’s crude oil output rolled out; it always does. It gave me an opportunity to illuminate another co-member of the“West’s poor information dispersal about Africa”—which has been the principal dispenser of the fallacy of African wealth for hundreds of years—so much so that even Africans have come to believe the LIE. 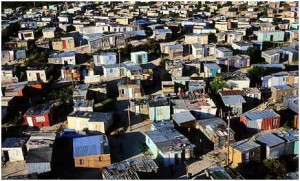 Nigeria sells about 3 million barrels of crude oil per day. The official quota is 2.5 but as everyone knows, the shenanigans of Nigeria’s leaders and keepers of the crude-oil export gate mean that any “official” number one has regarding the actual volume of crude exports must be taken with a grain of salt and understood as a severe understatement. Since attaining independence, a preponderance of evidence indicts Nigeria’s leaders as thieves and it is generally accepted that thieves are liars. Those are the facts. I informed my honorable colleague that his information is flawed if it is put in this context. Nigeria has almost 170 million people. Let us assume that all the revenues from the sale of crude oil went into one account and were in turn divided among the population of the country. That is 3 million barrels per day, multiplied by $100.00 (price per barrel of crude oil) or $300 million dollars per day. If that is divided by 170 million people, you have about $1.70 a day per person. We know that this math is flawed because it doesn’t take into account the internal and external overhead of the country; if you factor that aspect into the equation you have much less than that per person. “How does that make Nigeria a rich country?” I asked. The evidence from its own statisticians confirms that more than 60% of Nigerians exist in abject poverty having less than $1 dollar per day to spend for life’s necessities.

Genesis of the Fallacy of African Wealth

In Nairobi, 60% of the population lives in overcrowded areas. Urban economies in sub-Saharan Africa have been struggling.

Let us explore the genesis of the fallacy of African wealth; how has it managed to persist for hundreds of years in the face of overwhelming evidence to the contrary? Beginning in the mid-1300s Europeans were exploring the outer fringes of the African continent. The Canary Islands were the first target. It was initiated by Castilian adventurers sponsored by the Crown of Castile, at the time an impoverished State in the Iberian Peninsula seeking lucre by plunder. For example, when a more organized expedition headed by Jean de Béthencourt, a French adventurer, sponsored by Prince Henry II of Portugal, arrived in the Canary Islands in early 1400s, he found that it had already been plundered by said Castilians. Abraham Creques’s 1375 Catalan maps exposed some of the geography of the coastal areas of West Africa to Europeans. The map drew (from among other sources) stories of Muslim travelers and particularly on the voyage of Juame Ferrer, a Catalan whose 1346 expedition reached the West-Africa coast. After probing expeditions to the adjoining islands, European interest in circumnavigating Africa gained momentum with the Portuguese leading the way. This motivation was primarily driven by a desire to circumvent Muslim middle men in the spice trade with India. However, it soon metamorphosed into probes by Europeans into the interior of African countries in desperate search for the source of gold that had long been a feature of trade.

Riches Beyond Dreams of Avarice 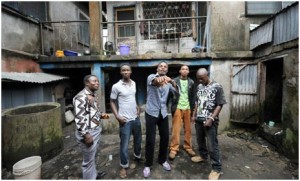 Vocal Slender, a rapper from Ajegunle in Lagos. The district is rich in musical talent but suffers from poor sanitation and a lack of water.

From the 1400s to the 1900s—a period of 500 years—a swarm of Euro-centric adventurer merchants, like a swarm of locusts, descended on Africa. This was the period that evidenced the (slave) trade in human cargo which, upon abolition, was replaced by mineral and agricultural commodity trade and finally land-grab and colonial rule. Most of the principals involved were in a desperate hunt for lucre. In order to raise capital for the journey, they told tales and made promises. The stories were spun around the beckoning lure of riches beyond dreams of avarice. They appealed to the greed-motivated lower angels of the investors and patrons of the journeys. When tens of thousands of people are parading through a territory as small as Western Europe selling the same story-line, the word is bound to get out.

The peddlers are a veritable who’s-who of European adventurist lore in Africa. The list includes slavers, adventurers/explorers and missionaries. Namely, Sir Francis Drake, Thomas Phillips, John Newton, Sir John Hawkins, the afore mentioned Jean de Béthencourt, Alvise Cadamosto, Antoniotto Usodimare, Cecil Rhodes, Richard and John Lander (aka the Lander Brothers), David Livingston, Walter Oudney and John Clapperton, etc. True to form, it brought out people willing to risk their lives. Many perished but also many achieved the objective of plundering for lucre. What was not discussed was the condition of the people being plundered. All that Europeans and later Americans knew is what they were sold: “Africa is rich and ripe for plucking.” The plunder-for-lucre mentality which attended the activities of Westerners was borne of a desperation to fulfill the promises made to their patrons on the one hand and the dreams of avarice inherent in the plunderers on the other. Cecil Rhodes is a good example of the scandalous murder and mayhem that adventurers visited on the people of Africa. The Right Reverend Bishop Tutu is quoted as saying that,“When the missionaries came to Africa they had the Bible and we had the land. They said ‘Let us pray.’ We closed our eyes. When we opened them we had the Bible and they had the land.”

This brings us to the burning question of what and how do African leaders deal with the reality that no country in Africa is rich. The first step is to recognize that the perception that African countries are rich does not represent the reality. The reality is that African countries, in the main, sell the least value component in the matrix of the cost of goods produced from the commodities they sell to the world, including both metallurgical and agricultural. In many cases, it is compounded by the same countries which export the commodities having to import the finished goods produced from the commodities they exported. The former Central Banker of Nigeria, now Monarch of Kano, stated in a BBC HardTalk interview and I paraphrase: that although Nigeria is an exporter of crude oil, it is also a major importer of petroleum products derived from the crude oil it sells to the world. Virtually every African country is similarly challenged. That is why, recognizing and debunking the myth of wealth even as commodity prices increase, is the beginning of African countries and leaders developing the competitive edge that will enable them to create policies and actions which will engender a diversification away from commodities exports and usher in value-added manufacturing and processing for exports. This will facilitate engagement of the true wealth of all African countries: their people.