“In the global dispersion of production responsibilities, there are forces at work which favor African countries.”

Unemployment is a major problem in virtually every African nation. It is the genesis of the social dislocations that have given rise to Boko Haram in Nigeria, the Arab Spring and unrest in other parts of the continent including South Africa. Notwithstanding these challenges, the fact remains that labor is a major resource that should be a net gain for the economies of African countries. However, African countries have not concentrated on discovering ways to absorb new entrants into the workforce while simultaneously ensuring gainful employment for those already in it. As a result, it has instead become an albatross around the necks of many governments. In part 1 of this post, which you can find on this site, I discussed the role of labor in the transition from import dependent to export oriented economies. I hope to use this post to drill down into the heart of matter, showcasing how African countries can use labor as the bell-cow for economic resurgence. This will convert latent labor resources in the population to dynamic resources and unleash the potential of African countries to become manufacturing and processing centers for rich countries of the world. The concept is simple and makes great sense for any country that needs to create a vast amount of job opportunities for its people. 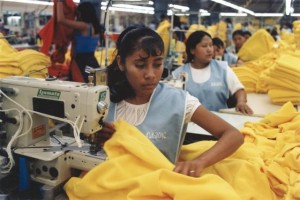 In the global dispersion of production responsibilities, there are forces at work which favor African countries. As Lee Kuan Yew discovered, Western companies will move for the right incentives and inducements. The drive for ever higher returns in Western countries and a political climate that is disfavorable to labor unions are two very critical such forces. The first was unleashed with the rise of private equity during the Reagan and Thatcher eras in the United States and Great Britain. During the time in question, the conservative cause in both powers was loathsome of organized labor and some would say with good reason. Post WWII, the labor movement had been infiltrated by elements of organized crime in the United States and by elements of the communist party of the Soviet Union in Great Britain. This effectively changed the core focus of collective bargaining and (industrial) unionism. In both cases, labor was hell-bent on using the wrecking ball of strikes to wrest power from politically elected officials. They were also willing to bring down the economic systems of the primary prophets of capitalism in the world if they failed to get their way. The result was vast radicalization of the leadership of the labor union movement. Labor, in most industrial sectors of both the U.S. and the U.K., was prone to debilitating industrial action using strikes, slowdowns and work stoppages. In the United Kingdom, labor actually precipitated the demise of two governments, that of First Minister Edward Heath and also the preceding administration of Harold Wilson that led to Edward Heath becoming Prime Minister in the first place. The unruliness and irrationality of labor made it a very messy time in British society and politics.

In the 1980s, both conservative parties in the U.S. and Great Britain pushed back very stoutly against unions. First, the rise of private equity and corporate takeovers dealt serious blows to the labor movement by reducing their number. When private equity took over a company they usually hacked away at parts of the company, closing and moving plants abroad as well as reducing labor cost by shedding labor. As Western private equity entrepreneurs and businesses exploited the profit opportunity and capital gains of taking over companies for the purpose of increasing the price of the stock, the activity grew in both momentum and volume. This growth had a direct and immediate effect of reducing the power of unions. Secondly, the governments became emboldened to push back against labor. In the United Kingdom the Thatcher government broke the back of the Coal Miners Union—the 800lb gorilla of organized labor—among a number of others. In the United States, Ronald Reagan fired the Air-Traffic controllers and broke the back of that union, simultaneously sending a message to organized labor that there is, as they say in the old West, “a new sheriff in town and he doesn’t cotton to unions.” 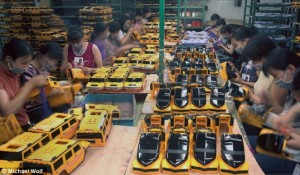 The other force was the business imperative of satisfying shareholders by earning a fair return on capital deployed. In an increasingly competitive global marketplace, the search for profit opportunity is the primary driving force behind many decisions of corporate boards. The ability to operate in a lower-cost, pacified labor environment is a highly valued opportunity for corporations and their managers. As a result of the combination of corporate takeovers and desire for lower-cost, pacified labor, the trend of moving factories overseas to South East Asia gained momentum through the 80s and 90s and has become the acceptable pattern. The phenomenon was followed by outsourcing of business services such as call centers, billing, accounting services and other customer service points of contact. It is now very rare to find any large U.S. company still processing customer service calls domestically. The same is true for some European nations as well. Most of it has been fanned out contractually to organizations in Asia, to countries like Bangladesh and India. It has also gone to companies in East European nations, to the Philippines, Puerto Rico, and Caribbean countries. As in the manufacturing sector, the search for lower labor and operational cost in services is evolving and expanding and any English, French or Spanish speaking country with attractive labor cost is a candidate for these services. It has taken jobs from the domestic economy of Western nations and re-planted them wherever the services are contracted to.

The trend is highly unlikely to reverse itself. Rather, if conditions in any primary area where companies have moved factories or services become unfavorable (as could happen in China, for example), Western companies will seek to move to other comparable labor environments where they can achieve the benefits that capital is seeking. The most important benefits they are seeking are the lower labor cost factor, tranquil labor market and dependable operating environment so they can manufacture and re-export back to their markets in the West and elsewhere. This is the core opportunity that African countries can exploit for their own benefit. 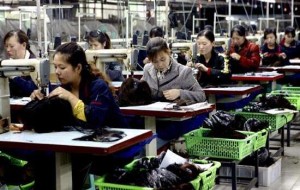 The foregoing narrative is to share that the forces alluded to in the social-political-economic sphere of Western nations has opened a near-permanent opportunity for poorer countries. It is an opportunity to create jobs by providing a safe haven for Western companies to manufacture products. This is an economic opportunity for African countries to use their labor and by extrapolation to provide much needed jobs for their labor force. One of the reasons Singapore went from Third World to First (as witness the title of Lee Kuan Yew’s memoire), is that they understood the import of the labor pressures facing Western businesses and they succeeded in designing the precise haven for Western companies to manufacture for re-export to their global markets. Rwanda is experiencing some of the same patronage by high-tech companies who are drawn to the policies of President Paul Kagame’s administration. It works; countries simply have to learn how to work it. Rwanda has implemented an open borders policy that virtually every African nation has talked about for decades but has not found a way to make possible. 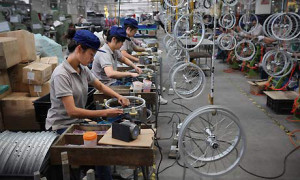 The twin pillar of providing a haven from which companies can manufacture and export to their markets is to manufacture for retail operations in richer countries. This includes Athletic wear, clothing and other fashion accessories, foot wear, costume jewelry, household electronics, office and household furniture, etc. All of these are fair game for enterprising African nations to introduce their own products. One of the primary lessons that new to export countries need to learn is the critical importance of not focusing on exporting cultural products. That is a very hard and long road and very unlikely to gain significant market share on a broad basis. There is the occasional outlier however, in the main, trying to convince people of another culture to purchase your culture is a harder sell than simply making things that they are already used to and want to buy. This is the secret to the success of the Asian Tigers. Their cars, television sets, small appliances, furniture, etc., are all designed with the Western consumer in mind. Without looking at the tags on their clothing most people are not able to guess the origin of the particular product they are wearing. For African nations there is tangible gold at the end of the rainbow in becoming a manufacturer and processor of goods and services for supply to richer countries. It is the surest part to creating a large number of jobs and fostering prosperity for African nations.