Successful societies have structures that under girth their success. In societies that have a long history of prosperity, the structures are institutional in nature. For instance, Western nations have Judeo-Christian ethos, Capitalism, and the rule of law. In the case of Nuevo-rich nations like Japan, China, South Korea, Taiwan, Singapore, Brazil, etc., they have muscled their way into the class of affluent nations by developing socio-economic structures that enabled them to compete with established economic giants in the western alliance. It is not by accident. Rather it is through crafting ways and means of fighting for and gaining ground on countries that had a more than one thousand years head start on matters pertaining to social-economic prosperity. The “old-money” countries have built an entrenched culture of entitlement and ownership through having free rein on the world’s resources during that span and it is not easy to get a seat at the table. However, it is not an exclusion based on phantom criteria. It is based on the ability of any country to earn their way by becoming competitive and by demonstrating exceptional governance and transparentlycivil socio-political culture. 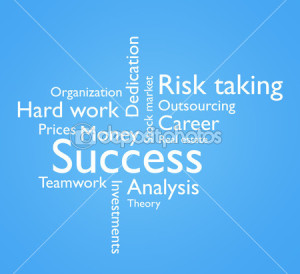 Regarding the formula for achieving success by countries, it is necessary to point out that there is no silver bullet that can assure or ignite the process. Rather, it is a series of momentum building actions and initiatives that combine to trigger a run towards prosperity. An example of how a country can deploy competitive advantage can be evidenced in Brazil’s response to the rise in the price of crude oil in 1973. The increase caused great economic hardship for the country which at the time was already in the throes of severe economic problems. Brazil was by all definitions an economic basket case for most of the 1970s and 80s.Then its political leaders took action. They implemented many initiatives, one of the most important of which was a bio-ethanol fuel initiativethat was designed to reduce dependence on imported crude oil. It was a far reaching initiative that not only has effectively made Brazil energy independent but also introduced large-scale production of alternative fuels to the world. The program was launched in 1975 in response to the afore-referenced dramatic rise in the price of crude oil. Today as a result of the program, Brazil has the world’s largest bio-fuels economy.It has taken three decades, but the fruit of its initiative of thirty-seven years ago is a prosperous and enterprising energy sector that has been a major driver of Brazil’s economic bounce-back.

Why some societies successful and others are not? 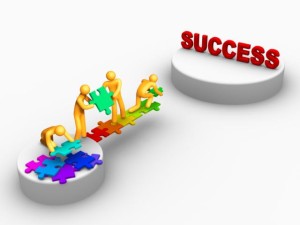 The question of how societies and countries become economically successful has been a major quandary in the well-rehearsed rhetoric dispensed by multilateral agencies like the IMF, World Bank and by administrators of Do-Gooder organizations NGOs and Non-Profits involved in matters relating to development. Classical Economic reasoning has failed to alleviate the conundrum and the intervention efforts of Non-Profits and NGOs in many cases have made matters much worse than if they had stayed away. The fact that in many cases non-profits are contracted by governments to dispense Aid funds, thereby indirectly funding the budgets of the non-profits, clearly calls into to question the ability of such organizations to be an impartial, unimpeachable arbiter.Their derivative activities reveal a dubious purpose and agenda that at best is not driven by the need to create a free standing independent entity. At worst, it is perceivable as being purposely driven by the desire to perpetuate dependence and poverty in the countries they are supposed to be helping.The quandary is reposed in a simple question: Why are some societies successful and others are not?

The answer is not in the system of government. China has dispelled that myth. While China and the Soviet Union could not manage an economy using communism, modern China has evolved a Capitalist Command Economy under communist political leadership. Who knew that was even possible! Neither is it in the adoption of free market-only approach. South Korea has dispelled that. South Korea’s economic rise was engineered under a government that nationalized banks; decided which businesses and business sectors received preferential loan terms; set export targets for businesses and punished businesses who failed to achieve them by withholding loans; under South Korea’s seminally transformative late President Park Chung Hee’s “Guided Capitalism” philosophy. It is also not in the degree of socio-political freedom in the society. Singapore has dispelled that as well. Singapore’s founding fathers tightly controlled the media, including western media. They contested every bad article to expose untruths by journalists and firmly requested and insisted that untruths and half-truths published by the most prominent media houses be recanted. They used financial coercion to enforce their request for recanting untrue stories, which western media–because of the human aspect in the fallibility of Journalists who areat the core of every story–are wont to disseminate. They also controlled political discourse to ensure that social fissures do not evolve or are not exacerbated by internal and external bad actors. The answer, it seems, lays in the degree to which a given society has invested itself in the process of success. If that is the case, then no policy or Aid assistance can effect socio-economic transformation of entire countries and their societies. That can only come through cultural re-identification and determination for economic betterment by the people of a given society.

Before Zhou En Lai and Deng Xiaoping introduced capitalist reforms into China’s economic system, Chinese people were Chinese. Under Mao ZeDong, China was repressed and Chinese people cowered under the withering rhetoric of communist dogma, barely able to feed themselves. Today, China is still run by the communist party but this China has the second most successful economy in the world and is an export juggernaut that also happens to have amassed one of the largest financial war-chests in the history of nations. China has, by selling one shoe after another, become the “Bill Gates” among nations. The difference is the leadership, first, of Zhou Enlai followed by the creative political genius of Deng Xiaoping. Both gave Chinese people the right to fend for themselves in creative and enterprising ways. They enabled China to deploy its vast competitive resources and the rest as they say is history. South Korea was unable to function under President Syngman Rhee and the first democratically leaders, because like African leaders since independence, they were focused on what they could get from the people and the resources of South Korea, rather than what they could do for South Korea. The South Korea we know today has evolved because a visionary leader appeared on the scene to galvanize a mastermind alliance of business, political and academic leaders and the people of South Korea, towards a communal objective of becoming a prosperous nation. At the time it started no one not even Park Chung Hee knew what that success looked like. They could only guess the characteristics of success from observing Japan, Taiwan, Hong Kong and other western countries. Like the example of China, Park Chung Hee gave South Koreans permission to take risks in the search of a way to achieve personal, business and societal success.

The path to developing competiveness is achieved by building a structural support system for competitiveness. Hong Kong officials studied the textile industry and determined that Hong Kong was capable of competing for and winning markets in the world. Brazil used Sugar Cane to evolve a major economic engine through bio-fuels. Singapore used ingenuity to become one of the world’s largest exporting nations by making the country’s labor force the high tech manufacturing labor force of multi-national companies. African countries can also play a critical role in the movement of goods and services in the world by identifying both the opportunities that exist in the world and by deploying the appropriate competitive advantage.