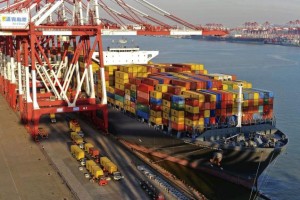 The primary reason why countries become successful is that they are able to identify their challenges and opportunities and to marshal ideas, materials, and political resources necessary for maximizing the opportunities and removing the challenges. It is not rocket science. Successful companies and countries constantly live in that world. It’s a world of boldly exploring possibilities; of constantly seeking solutions to socio-economic challenges and opportunities; of turning debilitating weakness into unfathomable strength; of seeking the best ways and means of vitalizing the communal effort of people in an organization or citizens of a country; of seeking the best ideas to apply to matters at hand. One of the by-products of a free enterprise economic system is the natural propensity of free-enterprise economies to unleash the venturing and risk-taking penchant inherent in people. In that regards, free enterprise is a natural economic development process in of itself. In free enterprise economies, the people rather than government are the primary drivers of economic development. This is because when people perceive opportunities, they are empowered by the system to do the heavy lifting with encouragement from government policies, by risking capital and manpower resources necessary to enable them to exploit what they perceive. Not everyone succeeds of course, but that is in itself a self-correcting mechanism for others to observe and learn from. China has created many billionaires since the addition of free enterprise to their economic equation, and currently has the second largest number of billionaires in the world.[1] Singapore has the highest per-capita proportion of millionaires in the world.[2] 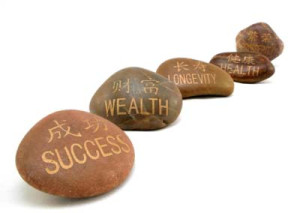 To unleash African Tiger economies, African governments have to stimulate the creativity and risk-taking capacity inherent in their people. They can do so by creating policies and institutions that will incentivize their people to begin to gather capital for investment in their own solutions to their supply deficiency and poverty.It necessarily must begin with creating exportable services and by making things for local consumption and exportation! For African countries, the hard road to becoming financially successful and self sustaining requires evolving an economic engine that is driven by exporting goods and services to the rich countries, and to the rest of the world for that matter. It starts with creating an export promotion authority within each country that is empowered to: (1) identify markets for goods and services; (2) develop a support infrastructure for local exporters that will encompass teaching local businesses on how to export; (3) create overseas offices for inquiries and for conducting market research for their local exporters. There are many examples in other countries. For instance, Japan created JETRO; South Korea created KOTRA; Taiwan created Taiwan Trade; Hong Kong created HKDC and Singapore created IE Singapore. Together each of these agencies has played a significant role in the economic development and prosperity of their countries. The difference in the export promotion activities of African countries and the referenced organizations is the amount of financial and man-power resources that has been devoted to them and the results they have produced for their respective countries. It is an agency that should have the highest priority level of attention. The late Park Chung Hee, when he was President of South Korea, attended the monthly meeting of his export council to monitor the progress and growth of South Korea’s exports. The results South Korea has experienced in the export arena are evidence of the success of the early efforts of his and subsequent governments of South Korea. 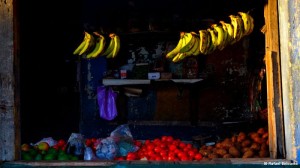 African countries also need what I term as “Super Ministers.” These are committed public servants who stake their existence on the accomplishment of missions in their portfolio. As aptly stated by Benjamin Disreali;“that nothing can resist a will which will stake even existence on its purpose.”There are structural impediments in each country that has to be rectified as well as economic opportunity-imperatives that need to be exploited. Super ministers are the rare breed of people who accomplish things by removing every obstacle in the way. Examples are Dr. Goh Keng Swee of Singapore; Kim Chung-yum of South Korea; Chiang Chin-Kuo of Taiwan (although his accomplishments have to be qualified because it was largely under the dictatorial one-party government of the Kuomintang as roving Minister under his father, Generalissimo Chiang Kai-Chek, and later as President of Taiwan) to mention a few.

The effect of Super-Ministers on African countries will be transformative. They will turn African countries into export machines by exploiting every opportunity in the global market as well as developing an infrastructure for exports as Dr. Goh Keng Swee did for Singapore. They will drastically reduce the effect of lack of power generation as an impediment to economic development by pouring their energies into determining the right solutions and implementing strategies to redress power-supply deficiency as Kim Chung-yum did for South Korea. They will create a financeable plan that will eliminate transportation challenges as Chiang Chin-Kuo did for Taiwan. They will also help to improve standards of living in rural communities by enhancing the ability of rural dwellers to earn a decent living through whatever means has been the predominant cultural occupation in the respective rural communities. Where do you find these super ministers? They are hiding in plain sight in every African country. It is the responsibility of the various heads of government to focus on the talent pool and select patriotic individuals that have the capability and talent to become a “Super Minster.”

Eradicating corruption has to be the primary goal of any African government that is serious about transforming their social economic environment for a number of reasons. I will touch on a couple of them. The main reason is to conserve the nation’s capital resources. Corruption means the country is overpaying for goods and services through graft-inflated price and through outright theft of resources that should go into socio-economic agenda of the country. For instance Nigeria looses a lot of export revenues to theft engineered by people in the organization responsible for exporting its hydrocarbon resources, thereby causing the country to receive less than is due her for hydrocarbon resource exports. Both of these activities, actual theft of hard cash as well theft through graft are debilitating activities that damage and frustrate the achievement of socio-economic objectives. The secondary reason is to change the perception of success in the cultural nomenclature of the country. When people get away with stealing and then follow the act by ostentatiously displaying a lifestyle purchased from their loot, the socio-economic fabric of the people of the country is assaulted. People observing such displays are aware that the wealth did not arise from the perpetrator’s industry and as such their consciousness is tainted by introduction of a false path to success outside of industry. That false path is to steal rather than to create wealth.