“Who in their right mind would have predicted that a small city-state like Singapore would one day become one of the most prosperous countries on earth?” 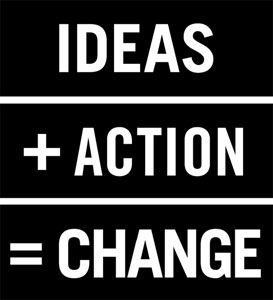 Ideas and persistence are the twin pillars of any successful endeavor. Every challenge that has been faced by mankind has been subdued, pacified or vanquished by the twin pillars. There are vivid illustrations of the workings. Automobiles, Modern Medicine, Airplanes, Assembly line and sundry Industrial processes; Industrial Machinery; TNT, Electricity, Atomic Energy, Suspension Bridges, Railways, Ocean-going Vessels, Suez and Panama Canals, etc., are all examples of ideas and persistence at work. In fact two of the most illustrative of examples are the slave trade and colonial rule. Both of these institutions were the result of ideas and persistence. European entrepreneurs saw an opportunity to propagate their capital resources through investments in plantations in what was then the New World and needed labor to realize their ideas. The rest as we know is history. The same process led to colonial rule. European entrepreneurs were seeking products that could be imported back to their home markets after the abolition of the Slave Trade. It required control over territories that gave each European interest a monopoly over trade in a particular area. In order to institute the monopoly, the European entrepreneurs turned to their home governments for military power. It was not the home governments that effected colonial rule. Rather it was European entrepreneurs seeking avenues to propagate capital. To put it in perspective, consider the risk to limb and treasury that the people who were willing to brave the journey of discovery and war undertook to see their ideas become reality in an era when travel was perilous and fraught with danger and the technology for ocean travel was in its primitive state. The risk was complicated by European competition for global territorial supremacy which led to incessant wars among the powers. Armed conflict and attendant loss of life was an integral component of the process of travelling to far-away places in search of fortune for the risk-laden voyagers.

History is filled with examples of human achievement that enabled resolution of difficult problems or that led to extraordinary discoveries. South Korea is an extreme example of the triumph of human will in the form of ideas and persistence over the obstacles to development and social-economic prosperity. No one gave South Korea a chance to succeed, let alone excel. Succeed and excel they have. The secret sauce of South Korea’s emergence was a visionary leader who staked his existence on the purpose of making South Korea a respectable country among the nations of the world. Benjamin “Dizzy” Disraeli said it best when he declared: “that nothing can resist the human will that will stake even its existence on its stated purpose.” 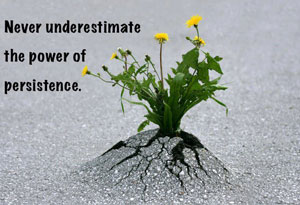 Singapore is another example. Who in their right mind would have predicted that a very unimposing small city-state possessed of meagre resourcesas the Singapore of 1963, post the breakup of the political marriage with Malaysia, would one day become one of the most prosperous countries on earth? In fact the prevailing wind of wisdom of the day determined that the little city-state would soon be swallowed up by either Malaysia or Indonesia, both of which had designs on her. What about Deng Xiaoping and Communist China? Would anyone have placed odds on a communist country using capitalist techniques to become one of the most successful economies in the world? The sensible answer is that no one would have taken the odds on China’s economy succeeding as a capitalist command economy. But succeed they have and in a very profound way. It is also noteworthy that different countries have used similar but differing paths. South Korea, for instance, owns its economy because when they were travelling the difficult road to economic prosperity, the enterprises that led the way were and remain Korean-owned and -managed. Prime examples of which are Samsung and POSCO. On the other hand, Singapore invited companies to come and use Singaporean labor to build products for export to the world and experienced extraordinary success. It was a difficult road to travel but they believed in their ideas and persisted on the road.

Another example of the power of the twin pillars is Singapore’s Jurong Industrial Estate, one of the premier industrial estates in the world.The late Dr. Goh Keng Swee, extraordinary“fixer” Minister of Singapore and one of the founding fathers of Singapore’s prosperity envisioned an industrial estate that would house manufacturers from overseas who would come to Singapore to manufacture and export back to their home markets. The vision led to the creation of Jurong Industrial Estate. In the beginning many referred to it derisively as “Goh’s folly.” However, he persisted on the course. According to Lee Kuan Yew, then First Minister of Singapore, the late Dr. Goh used to do the foundation laying ceremony and later the ribbon cutting for every plant opening including the smallest plants with a only a handful of employees. The reason was that he wanted to get two opportunities for publicity with every new plant. In 1969, the estate had 300 factories and 27,000 workers; in 1970 1400 factories and 110,000 workers. Today,Jurong Industrial Estate is JTC Corporation, manager of one of the world’s premier integrated Industrial, live work and play environment encompassing tens of billions of dollars in industrial plant investments by more than 5,000 multinational companies from around the world and providing employment for more than 1 millionworkers. “More than forty years after its establishment in 1968, JTC now manages 43 estates that cover 7,100 hectares of land area, providing 3.2 million square meters of ready-built space for 5,100 customers.” It was not an easy road but the founding leaders of Singapore, headed by Lee Kuan Yew and ably supported by Dr. Goh Keng Swee believed in their plan and persisted in its implementation. “The vicissitudes of fortune which we experienced in our quest for a decent living in a none too hospitable environment bears resemblance to the biblical journeys of the children of Israel in their search for the Promised Land. And like Moses we had to explain, exhort, encourage, inform, educate, advice—and to denounce false prophets.”…Dr. Goh Keng Swee.The result of the ideas and persistence of their founding fathers is that Singapore, today, has the eleventh largest foreign reserves in the world; the third highest per capital income in the world in terms of purchasing power parity; and the world’s highest percentage of millionaires. Not bad for a country that is less than the size on many large African cities. 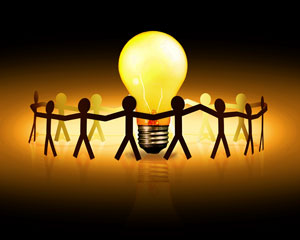 Contrast the ability of leaders in other successful areas of the world,as was explored in the South Korea and Singapore examples, to turn plans into reality by their persistence and diligence with that of the futility of African leaders to bring their plans to reality. In the 1960s, among many other post-independence goals, African leaders in then OAU committed to a uniform gauge for rail transport to connect countries by getting rid of the multi-gauge rail legacy of colonial rule and to vigorous trade activity between African countries.More than 50 years later, both ideas are still a goal. Many countries have made little progress economically or socially since independence. Power generation is an eyesore despite available resource. The problem is simple. Leaders are not concentrating on removing the problems in their realm and are not turning over every rock, trying every idea and seeking out talented personages to deploy on the burning socio-economic challenges facing their country and people. If African leaders concentrate on their problems and deploy all the resources they can muster towards their resolution, African countries will begin to shed the burden of poverty, lack and deprivation that has been their lot for too long.
The first step for most countries is to do a detailed analysis of their strengths and weaknesses using SWOT analysis. John Hoskins created the “Why” diagram and from it devised “Stepping Stones,” a policy manifesto that the late Margaret Thatcher used to shape social and economic policy during her time in office. It seems to me that African leaders need to find and empower talented principals to design country and region-specific “Why diagram”which will graphically illustrate the challenges and opportunities. Beyond diagraming, it is also imperative that ideas that are working elsewhere should find their way into the solutions-matrix of African countries. For instance, in the 19th century, American entrepreneurs used bond financing to build U.S. railroads as well as canals that were the initial means of interstate transport in the eastern United States. International bond markets are also available to African countries and entrepreneurs today, and the market is much broader and deeper than what was available in the 19th century. There are financial engineering models for every project that is needed in African countries. 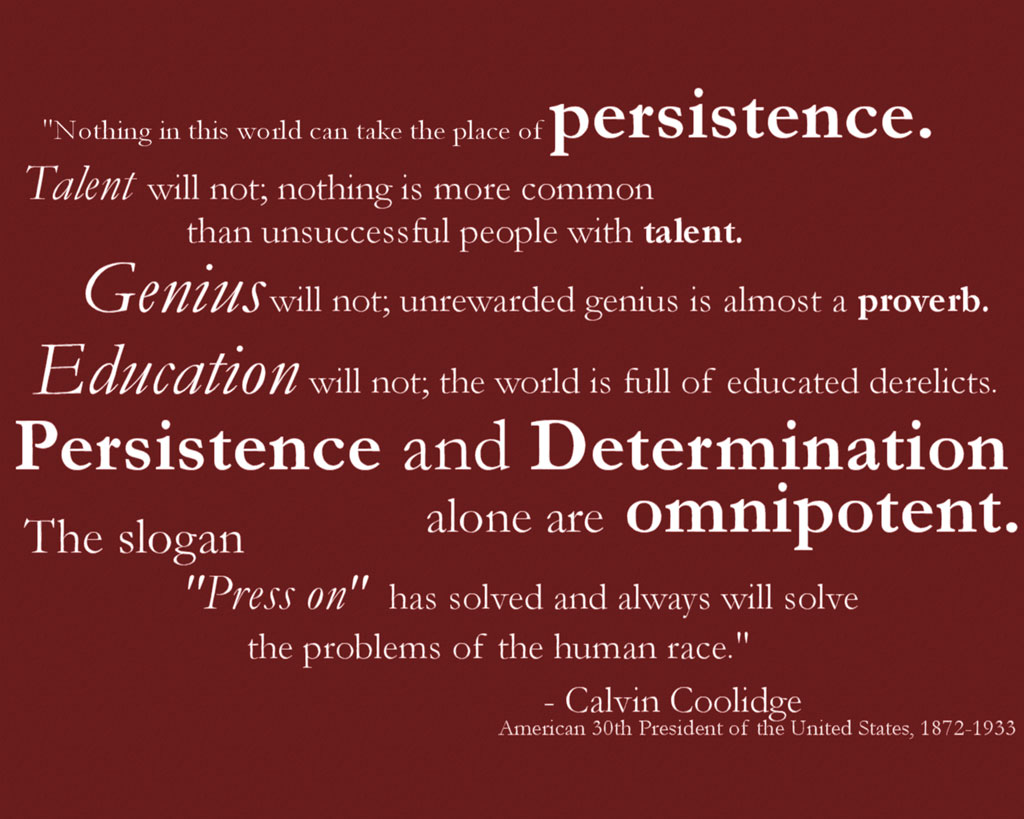 The second stepfor most countriesis to recognize why their environments are not attracting capital even when opportunities clearly exist and to begin to do something about it. It is arguable that it is primarily due to the undesirable nature of the social-economic infrastructure and administrative malfeasance that characterizes most African societies. Ridding the socio-economic environment of capital-repulsing characteristics is therefore an important step. It includes a predominantly dirty and unkempt exterior; overt rent-seeking activities; poor public sector service delivery, etc., to mention a few. The price of admission to the seat of economic prosperity requires countries to do all they can do and the three items referenced are in the list ofthings that every African country can do on their own. African countries can make their environments more appealing to the eye. They can stop people from strong-arming their fellow citizens and visitors by overt rentseeking, and they can certainly clean up the administrative catastrophe attendant to dispensing of public service to citizens and foreigners. There is precedence for such action. When Singapore embarked on the road show to sell the city-state to Western businesses, they made a conscious decision to make esthetic improvements to their environment in order to make it appealing to foreign businesspersons who would take up the invitation to visit and do a reconnaissance of Singapore as a potential location for a manufacturing plant. Singapore also made a conscious choice to eradicate rentseeking from every facet of the socio-economic landscape. It is not arguable that success in both endeavors contributed to the economic success of Singapore because there is overwhelming evidence in support of it. African countries can do likewise. This is not a journey that one hurries to finish.Rather, it is a journey that one hurries to start. As the Chinese adage states,

“The journey of a thousand miles must begin with a single step.” For African countries, destiny-changing action begins with the decision and resolve to make improvements in every facet of the social-economic environment in their respective countries and societies to make it hospitable…a place where people want to come to invest and to stay.