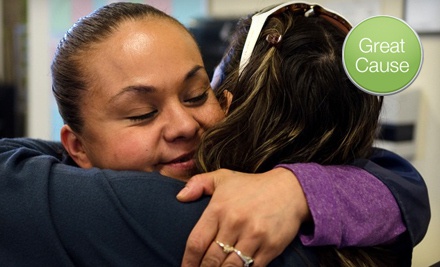 That “Aid” has never lifted any country from poverty is a historical fact. The most important principle in providing aid should be to, first, do no harm, the doctor’s creed. Applied to aid and the dispensing of it, it means that aid should not worsen the present or future condition of the recipient. It means that neither the direct nor indirect impact on the recipient should be adversely detrimental in the short or long term.

In the specific case of African countries the footprint of the aid industry’s agenda over the last 200 years has only continued to expand. Instead of the patient, African countries, becoming less dependent the case can be made that the reverse has actually been the case. The dependency quotient for most countries is up. Way up in fact. The list includes the two Congos; D.R Congo and Republic of Congo, Chad, Niger, Nigeria, Ghana, South Sudan, North Sudan Liberia, Mali, and on and on. Many of these countries not only require NGOs to manage service delivery in certain areas of their society, some governments require Aid to balance their budgets, including paying the salaries of civil servants. If that does not define a failed state, I don’t know what does.
To her eternal point in her book, Dead Aid, DambisaMoyo, argues that Aid dis-enfranchises African citizens of countries where Aid is a significant factor in the operational reality. The argument has great merit. Because as she points out if the leaders of a country are more affected by the conditions imposed upon them to continue to receive Aid than they are by the pressure from their constituents—the voters of the country—then the voters have been stripped of their democratic power. In addition, such governments tend to lean heavily towards coercion and oppressive means to maintain their legitimacy, thereby dealing a further blow to the aspirations of the people.
The Aid industry will argue that they are valuable and are contributing and in terms of the actual services they are providing that is true. But if you weigh the merits and demerits, the argument falls flat. No one is suggesting that all NGOs and non-profits pack-up their gear and leave immediately. However, Western patrons, both governments and private citizens, who fund their activities, should consider setting a ten-year winding down of support for Africa-oriented NGOs and other non-profits. It has become a cottage industry of sorts and notwithstanding what the organizations profess, there is dubious, indeterminate accounting for how much of the resources raised actually reach the cause for which it is raised. This is not money well spent.
The manner in which Aid agencies sustain their operations is also of major concern. In the process of raising funds, they paint as grim an image of the needs as can be painted without actually delving into fiction. The purpose is to elicit emotional response, what I refer to as “tear jerkers for checks,” from their patrons. The challenge is that the airwaves into which they are piping extreme imagery is the same one thatservesconsumers, investors and entrepreneurs; people that African countries need to be tourist visitors as well as investors in industrial enterprises in their countries.
African countries, both government and people, need to learn the virtues of free enterprise economy and its ability to create conditions where individuals will pull themselves up by their bootstraps and meet the needs of their environment with good government policies. The United States will be better served if the energy being expended is geared towards evolving a mechanism whereby an architecture that will enable African countries to create entrepreneurs can be developed with African partner nations. As arguably the foremost practitioner of free enterprise economy in the world, the US should steer away from supporting a concept of providing the stake upon which African governments can hang the hopes and aspiration of their people by their inaction. Rather the US should concentrate resources on building capacities of willing African governments that will enable them to find solutions to their problems.
Whether it involves holding period brainstorming sessions with leaders using the auspices of USAID and its staff; or providing an opportunity for them to spend time at the best US institutions to discuss with great minds on the pressing issues of development; the role of the United States should be one of an enabler of the tenets of economic transformation through free enterprise economic development. Allow them to evolve their particular definition of it as South Korea, Taiwan and others have done but it should be based on what has been successful. There is no countervailing argument against the proficiency of free market economy, pure or modified, to evolve better societies.