US Business and Missed Opportunities in African Countries

U.S. business has missed many opportunities in African Countries.In discussing whether or not US business should be more interested in doing business in African countries, it is important to be specific about what the statement relates to. US businesses are in Africa, by the hundreds in fact. The question is not whether US business is in Africa but what type of business they are doing and whether they are leaving money on the table. 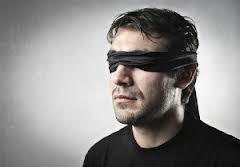 In extractive industries such as crude-oil, copper, gold, diamonds and others, there is US presence. In services, such as accounting, banking, consulting and financial services, you can find Euro-affiliates or Euro-subsidiaries of US business. The primary areas in which US businesses have eschewed having a presence is in the arena of consumer goods, construction and infrastructure. It is not a total blackout because in South Africa and in the northern part of the continent, there are US companies in these areas. But in the main, US companies have not been anxious to engage African consumers on a broad spectrum of solutions delivery. This is a mistake that has been compounded by the much publicized governance issues of African countries.

American companies will experience success in Africa because American business culture is superior to any in the world. There are nearly one billion consumers in African countries and the inclination of political Africa is towards one market. It is conceivable that within the next two decades Africa will look like the Euro-zone in terms of free movement of goods. As far as a harmonized currency apparatus, well that is a higher, steeper, mountain but harmonized markets are an important step for businesses seeking superior consumer agglomeration within a congruent geographic continuum. Certainly, it is highly probable that within ten years, one can expect that regional common markets will be the trend reality. That still affords companies the ability to address the needs of hundreds of millions of consumers within each regional enclave.

U.S businesses have missed many legendary market-acquisition opportunities over the course of many decades in Africa and in fact, continue to do so today. In the 1970’s and 1980’s, Toyota and Datsun (now Nissan) exported millions of vehicles to African countries, the vehicles were the primary means of public transport Taxis in many countries, while the U.S auto industry virtually neglected Africa. The net result was that the Japanese auto industry, free of any significant competition in Africa, with the exception of France’s Peugeot, sold tens of millions of cars in African countries. In the process, accentuated the capital base and production strength that, subsequently, enabled both companies and the entire Japanese auto industry, to compete successfully for market share in the so-called “prized” U.S. and European markets, ultimately, slaying the proverbial U.S. auto industry “dragon.”

The same is happening in the development of infrastructure today. At present, U.S. constructors—some of the best and most innovative companies in the world—have eschewed doing infrastructure projects in Africa, while the Chinese are successfully developing, through their initiative, contracts for massive multi-billion dollar projects. China has found a way to pay for billions of dollars in its own supply of infrastructure to African countries by taking back (African countries’) raw materials as payment for the infrastructure that they supply to African countries, including Copper for railroad, roads, power generation and distribution and other infrastructure in D.R Congo; Crude oil for exploration technology in Angola; infrastructure for minerals in Namibia; Iron ore for mining technology and infrastructure in Guinea; etc. An interesting ironic twist, is that while U.S. foreign investment in China is growing by billions in new investment each year, Chinese investment in Africa, in less than ten years, has vastly outpaced U.S investments in non-extractive industries. Is there a replay of the Japanese success in the auto industry in store for other U.S industrial sectors? If the Chinese can see and seize profit opportunities in Africa, the question to be asked is why can U.S business not do the same?