Almost every commentator on the affairs of Africa and its people agree that there is much to recommend the continent and people. There are naturally occurring resources and fertile land for agriculture. There is abundant natural energy from the sun, rivers, and ocean for many countries. The people are resilient and hard working. There are vast reservoirs of nature’s aesthetic endowment including beachfront land and nature’s wonders like the great rivers and Victoria Falls. Across the full spectrum of nations of the continent, from North to South and from East to West, there is one missing link and it is in the realm of political leadership. Africans, heretofore, have been cursed with leadership of morally reprehensible, vision-challenged quality.

The leadership vacuum in most African countries has recently played out in Zimbabwe vis-à-vis recent high stakes political theatre. The drama involving removal of Robert Mugabe from office elicits a gut-wrenching cautionary tale as well as a flickering ray of hope.

Consider the hope. The events in Zimbabwe could have devolved into violence in the extreme. For managing the process with equanimity and verve, there is a substantial repository of credit due to the actors including the departed former head of state, the Honorable Robert Mugabe. Mugabe is a hero, albeit if a flawed one. Like the spouses of late Ferdinand Marcos of the Philippines, and famously, King George XVI of France whose profligacy inspired nation-altering political upheaval and violence, Mrs. Mugabe’s personal shopping sprees and conspicuous consumption of luxury goods in Western centers of fashion reflects a degree of tone-deafness that defies reason given the condition of Zimbabwe’s economy.

Mr. Mugabe was wrong to subordinate the interests of seventeen million Zimbabweans to the whims and caprices of his Marie Antoinette. No African leader should be associated with fashion spending sprees of tens and hundreds of thousands of dollars per outing when the effective living condition of majority of the country is extreme impoverishment. But Grace Mugabe, deservedly, wore that label.

The cautionary tale is that the Honorable Robert Mugabe, good intentions and all, mismanaged Zimbabwe’s economic affairs for decades. While he gets an “A” for championing the cause of freedom for the people of Zimbabwe and for attempting to right the wrongs visited on indigenous African owners of the land appropriated by Cecil Rhodes to reward his mercenary team of murderers, he gets an “F” for his management of Zimbabwe’s external relations and internal economic affairs. It seems odd that his economic failures did not warrant military intervention. It seems to support the rationale that leaders of Zimbabwe, both military and political, were in cahoots with the program that created the cataclysmic economic mismanagement of the country. If that is the case then it may be a case of going from the frying pan to the fire.

At independence, Mugabe’s government inherited a prolific economy anchored by precious metals, fertile agricultural soil, and a large domestic workforce. The one major challenge was that a small minority of whites controlled the bulk of the land. The case for land reform in Zimbabwe could not have been more stark or apparent. It is not without precedence either. General Douglas MacArthur implemented land reform in post-war Japan. Some have surmised that it forestalled Japanese people’s embrace of communism. Whether that is true or not is immaterial. What land reform accomplished in Japan was a more just society and the result of a more just society is evidenced by Japan’s economic ascent founded on a loyal workforce and populace. Land reform worked in Japan. It worked in Taiwan and South Korea as well.

In Zimbabwe, land reform was the active precipitant of a crippling economic sanction imposed on the country by Western nations, notably UK and EU members and the United States. It is an indisputable reality that land reform in Zimbabwe was a catastrophic failure of leadership. The case for land reform favored Zimbabwe. There was precedence in the world. Land reform is a blunt political-instrument akin to extreme surgery. One side will be deliriously pleased and the other side, all the people that lose land, will be mourning a great physical and financial loss that can morph into a multi-generational financial setback. The challenge in executing land reform in a normal political environment devoid of external imperative such as a war is that the process has to be designed as a win-win for everyone as opposed to a win-lose which is often the case in war time. In Zimbabwe, in spite of the crucial imperative of land reform, it was to be carried out in peacetime and as such required a skillful surgeon. As it turned out, Mugabe was not a skillful surgeon and botched the operation causing the patient, Zimbabwe, to languish in economic pain.

Because of the peculiar circumstance of Zimbabwe’s relationship with Britain from which most white settlers emigrated, land reform should have been executed with great finesse and skill. But it should have been executed. There was no path to a just and righteous Zimbabwe without land reform. However, Mr. Mugabe transformed the process into political gamesmanship to re-prove his party’s revolutionary credentials. In return for his efforts, he earned for his country pariah status among Western nations and unfortunately it led to the economic chaos and suffering of millions of Zimbabweans who deserved better leadership from him. 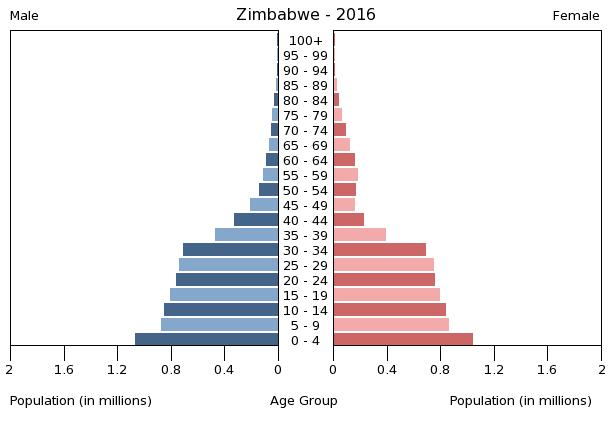 Fig. 2 – Zimbabwe’s population is trends towards the young

Rather than the political war that land reform devolved to, it should have been orchestrated as a fight for economic justice in full glare of the world. Zimbabwe needed to take the case to its adversary’s home turf to adjudicate the matter in the court of public opinion and in the hallways of political power. The West should have and would have gladly footed the bill for Zimbabwe’s land reform because politicians would have been squeezed in a vice of two forces, the aggrieved landowners who were playing tribal politics by crying to England and the population and voters of England and Western nations, including America, who Zimbabwe should have educated to the unfairness of distributive appropriation of historic land of indigenous Zimbabweans. Not an easy case but a very makeable case which, with skill and the right implements, would have been made successfully. The benefits to Zimbabwe would have been tremendous economic growth and prosperity.

Political leadership is the material capacity to anticipate challenges that confront a people before the evidence materializes and to mitigate its effects on the people. Mr. Mugabe and his team should have anticipated the blow-back from land reform and developed a mitigating plan of action before embarking on the project. The mitigating plan would ensure not only its success but also avoid blowback because the process would have been collaborative and afforded politicians in the West the necessary cover that they needed in order to accept responsibility for the cost of the reform. There was no need for the process to escalate to a contest of wills between the leadership of Zimbabwe and Western leaders. The world and Zimbabweans have been the losers. 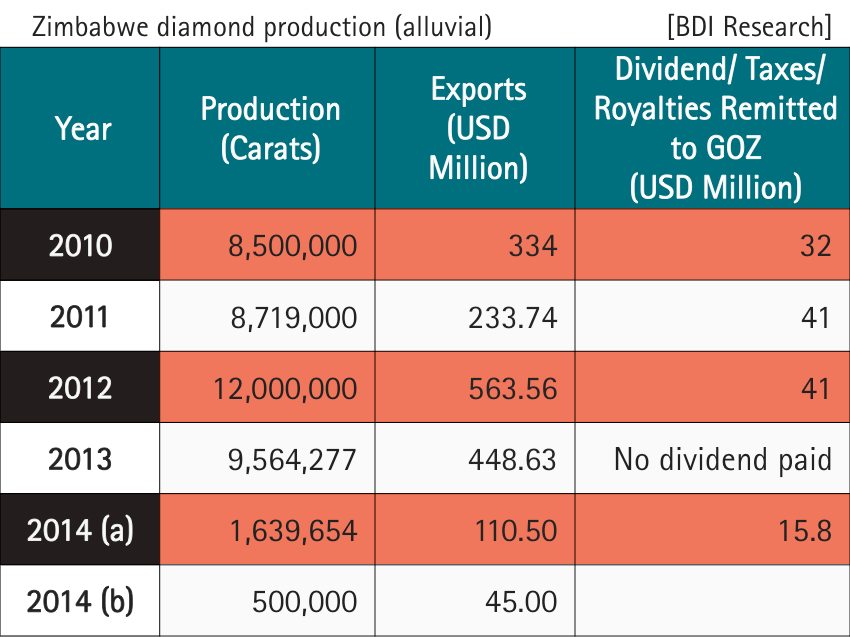 It is time to move on, and if the new leadership is focused on transforming the economic affairs of Zimbabwe, then job one is to do a thorough accounting of Zimbabwe’s material and non-material resources. It requires a thorough analysis of the raw materials that Zimbabwe currently exports to the global market as a precursor to developing a plan to add value to all of them in Zimbabwe before exporting them. Zimtrade has to emerge on steroids in a turbocharged version that will create the enabling platform for Zimbabwe to become an export-oriented economy. Zimbabwe has an opportunity, a second chance, if you will, to create a uniquely African success story and the country, is blessed with the resources and human capacity to achieve it. It is important to reopen the case of land reform as well because Western nations who are party to the sanctions should be lobbied hard to gain support for a mechanism to redress the issues raised by land reform. Western nations should be persuaded by the righteousness of Zimbabwe’s case for land reform to bear the burden of compensating the aggrieved landowners and also to assist the nation to evolve a successful economy. 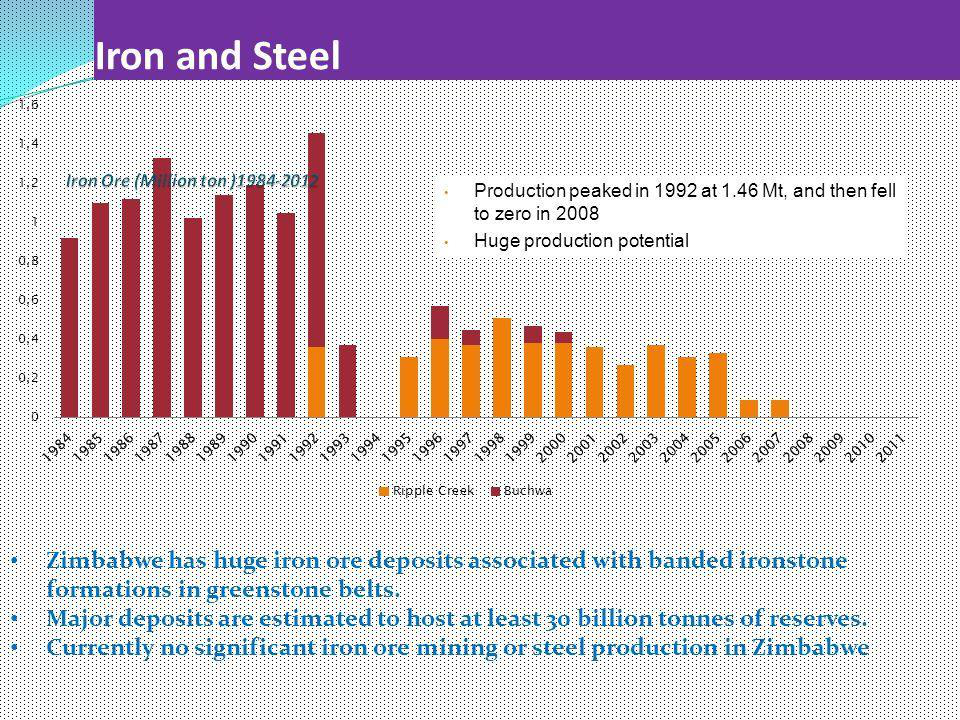 The greatest challenges facing Zimbabwe can be boiled down to two principal deficiencies and not surprisingly, it is also common to most African countries. The first challenge is that Zimbabwe’s external income cannot cover the responsibilities of managing the needs of the country. The second is creating jobs for workforce eligible Zimbabweans. The solution to the first challenge is to adopt an export-oriented trade strategy that will enable Zimbabwe to develop conversion industries that will convert the raw materials it is exporting to semi-finished or finished goods for export, thereby earning more for the commodities it is exporting. Zimbabwe can implement a multi-pronged export-oriented trade strategy through: (1) the previously mentioned conversion industries that will convert agricultural and mineral raw materials to finished and or semi-finished goods for export; (2) creating an oasis to sell global manufacturers on the benefits of locating production facilities in Zimbabwe for manufacturing and exporting to their customers; and (3) incentivizing Zimbabwean businesses to establish export manufacturing and processing industries to manufacture and process goods and services for distribution in hard currency markets.

Zimbabwe also has a great tourism opportunity. A major effort to increase the number of tourist visitors will pay off for the country because tourists are a great source of hard currency, and they are a valuable source of positive word-of-mouth advertising in the global marketplace. African countries are not very adept at exploiting tourism as a major driver of economic activity. Zimbabwe has a chance to ratchet up hard currency income from tourism as well as industrial manufacturing and processing. The challenge of the new leadership is to change the narrative of black African leaders as it pertains to Zimbabwe. It is an opportunity to write a powerful new evidence of African leaders providing a success story in the leadership of their country.