There is an ancient narrative about a man whose counsel was sought by a King regarding a predicament that was revealed to the King in a troubling dream. The King required interpretation of the dream. The reading showed that his domain was due to experience an event of seven years of plenty followed by seven years of drought. It left the King with a dilemma. The question was how would the kingdom survive the bad seven years after the seven good years? The advice the interpreter gave to the King, framed in the window of historical experience and hindsight is classic common sense, but not necessarily recognized by others as in the case of this story. The man suggested that the King create a reservoir of food for his realm where the King can store all the excess from the bumper years. During the lean years, food in the stores would sustain his people with enough to sell to those who have failed to plan for additional revenues. It was good advice and in the story of the scenario of the phenomenon, it worked.

There is a direct correlation between the ancient story and what African countries are experiencing today. In fact, it has happened on several occasions for some countries. When the price of oil went up in dramatic fashion during the Yum Kippur War during which the Arab states wielded the oil weapon against the West for its support of Israel, the overflow of cash was squandered by most African beneficiaries. The worst case was arguably Nigeria; that proceeded to give money to tens of millions of people that they promptly lavished on imported goods. The windfall that Nigeria gave to its workers created a revolving door. The money came in through oil door and quickly left through the imports door. By the 1980s, the country was broke. Nigeria continues to maintain a very dynamic revolving door. It has added, thievery and others forms of corrupt practices to augment the effect of its venerable imports revolving door. In the annals of human history, it is difficult to find a country that has squandered more opportunities to grow its economy and to prosper its people than Nigeria.

Investing in African Ventures is gaining an allure

In the present global environment, there is great fanfare about a rising Africa. Some have argued persuasively about the delusionary import of the rising Africa in the context of the myriads of deepening challenges facing the countries of the continent. One of which is real rising rates of poverty. Nevertheless, there is incontrovertible evidence that Western attitude towards making investments in African countries is undergoing a renaissance of sorts. It has become very fashionable to have a fund dedicated to investing in African ventures as a feature of investment houses. KKR, the blue-blood, Private Equity firm and originator of leverage buyouts, has one. It is a significant development in the annals of African countries as well as an excellent opportunity. It means that inch by inch; African countries are edging towards the nirvana of investment intangibles known as “sexy.” In investment parlance, it means your project is desirable to the market and appealing to capital. The same way as a beautiful woman is attractive. In this case Africa has received the blessing of Western governments who are providing political risk umbrella and have signaled to their businesses that the water is safe, and they should take the plunge. Never mind the fact that the initiative for Western attitudinal reform towards assuring the business community that investment in Africa is “sexy” has to do with China because it doesn’t matter. Western investment in African countries, particularly American investment, is very beneficial. While Chinese investments are welcomed and also suitable for African countries, it is a fact that China is not a suitable model for regenerative and transformative entrepreneurial capitalism and culture that is sorely needed in African countries. China is after all, still a command (communist) driven capitalist system that has yet to have the limits of its tolerance of capitalist behavior tested. Capitalists by necessity are always in support of actions that amplify their capital resources and deplore actions which they perceive to degrade their holdings. That is the reason for the descriptive moniker of “conservative”. They want to conserve their capital, and rightly they should, if they have earned rather than stolen it. It is the sweat of their toil. The world has not yet experienced how the new China will react when challenged by conservative citizens including the ones in the former capitalist bastion of Hong Kong.

FDI is not a Panacea for Economic Development and Prosperity

In the case of African countries, FDI may be a hindrance if it is not in the right sector. One of the essential requirements of FDI is the ability to repatriate profits consistently. If companies are not able to repatriate their profits, foreign investors, rightly, will be very unhappy, and the country will get a black eye because they will share their experience in the marketplace, which will in turn adversely impact the country’s reputation as a destination for capital. It is important, therefore, that governments are very proactive in determining sectoral needs and also in ensuring that FDI contributes to improving not degrading the country’s ability to accumulate hard currency. No matter where investments originate, it is a truism that FDI alone will not create the critical mass of resources needed to turn the fortunes of African countries and institute lasting development that will filter down to the lowest rung of the economic ladder. It is also true that foreign investment sources require local investment in complimentary areas such as power supply, mass transit, affordable housing and technical training, etc. That is because they create an  environment in which a pacified labor force can thrive. The responsibility for creating the tangential investments falls on the social, business and political leadership of each country. There is no better time to get started on that process than during the seven years of plenty. This is the time to heal the breach in the social, political and economic infrastructure of society by investing the surplus today in order to reap an abundant and more resilient community for the future.

In order to diversify and build a lasting, poverty eradicating development model, countries have to be able to introduce technology and tangential resources for expanding industrial capacity and base. It requires states to earn income from multiple streams of convertible currency sources. Unfortunately, the current paradigm finds many countries operating a diving board economy. They are dependent on raw materials for most of their hard currency revenues. On the other hand, an economy patterned after the Greek Parthenon which has numerous support structures is a critical duty of leaders who are managing the affairs of African nations in buoyant economic times. One of the greatest ways to invest resources today in order to reap benefits in the future is the transition from Import Oriented Industrialization Strategy (ISI) to Export Oriented Industrialization Strategy (EIS). In the economic sphere, countries should be investing in areas that will enhance and amplify competitive advantage. It is befuddling to most reasonable thinkers that African countries are still, by and large; import oriented. ISI (Import Substitution Industrialization) is a discredited strategy in the light of its failures and the success of export-oriented development modelled by Asian Tigers. Countries can begin by building industries that will enable them to stop exporting raw materials and instead export finished goods. In the transition, many countries will be able to manufacture goods and services for export to hard currency markets. Through deployment of innovative strategies, African countries can attract Western companies, using low labor cost and ease of business competitiveness factors, to produce goods that the companies will export to their customers around the world. The process for doing this has been thoroughly covered in my new book, “Unleashed: A New Paradigm of African Trade with the World.”“Unleashed: A New Paradigm of African Trade with the World.” 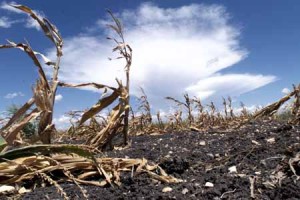 It usually follows that with expanded resources government expenditures also increase to meet suppressed needs and development aspirations. It leads to the other important aspect of preserving resources for the future. An important way of doing this is to stretch every unit of monetary expenditure so that it earns the highest rate of return to the people’s treasury. The low hanging fruit for government is through contracts. When governments issue contracts in the domestic or international market, the contracts should have an offset provision that directs the beneficiary to attract, as a condition of the contract, investments to areas of critical importance to the economy. For instance, a local construction contract could involve investments in downstream industries that supply components to the construction industry or to other industrial sectors. Foreign procurements should also have an offset requirement. The beneficiaries should be required to attract investments up to 10% of the value of every contract over a stipulated minimum threshold, back to the country. The benefit of offset is that if the government offers a $1million contract, the company has to attract $100,000 in new investment to the country. In the local economy, the same scenario applies. Through offset requirement, a $2 million dollar contract for local and international goods  and services will turn into a $200,000 dollar (equivalent) investment in the local economy. Aside from the goods and services supplied by the new businesses, they will also create jobs in the local economy. A win-win scenario for the country and people.