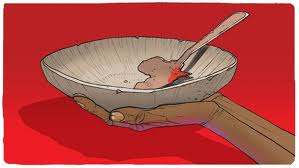 To paraphrase Lee Kuan Yew, the Father of modern Singapore, Western business people gained respect for their efforts when they understood that Singapore was not extending a begging bowl but was instead seeking synergistic-ally  advantageous business associations. That is, that Singapore (would and did) invest in substantive material factors that (would and did) make its socio-economic environment desirable and functional for businesses to operate successfully and profitably. What were some of these factors? Singapore created Jurong Industrial Estate, now JTC; built affordable housing to both integrate its people as well as house the workforce required by prospective businesses. By the way, this was all done before they had any commitments from businesses to relocate manufacturing facilities to Singapore, confirming Theodore Roosevelt’s stated theory that; “If you build it they will come” is substantially accurate. They also implemented a training program for Singapore’s labor force to acquire technical education and training in order to be prepared to work in high technology manufacturing industries. 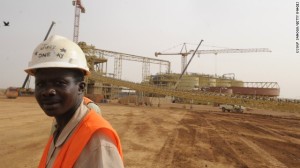 It is interesting to note that in the beginning in 1965, after the breakup of the Federation of Malaya to which Singapore belonged, it had very little resources, markets or an industrial base upon which to build an economy. It is also interesting that Singapore did not seek aid monies from the industrialized and richer countries. Rather, the young leaders adopted the “no begging bowl” approach to development. Instead of going hat-in-hand to the world community, they went to western businesses seeking partnerships. The proposition was simple but effective: We will give you low-priced but trained and pacified “strike-inoculated” labor, facilities for you to create your ideal manufacturing environment, as well as good logistical support to ensure that you can ship your products from Singapore to anywhere in the world where you need it. Finally, as a coup de gras to closing the transaction, we will (even) invest in your new manufacturing enterprise to demonstrate that we will stand by everything we are promising to you and that we believe in the future of Singapore and in the strength of our ideas. Through its Jurong Industrial Estate development, Singapore provided ready-made industrial shells for businesses. Thus removing some of the most critical time-consuming factors in the establishment of a new manufacturing viz: where to locate a proposed plant, logistics of building the factory, including land acquisition, water, road access, power supply, etc., from the matrix of concerns. All the interested parties had to do was bring their equipment and management staff. There was a ready-made factory, labor force, and all the necessary logistical support required to make the transition as smooth as possible.

“After Rigorous and persistent effort, Singapore got its break in 1968 when Texas Instruments decided to build a plant in Jurong Industrial Estate. According to the narrative they were in a hurry and needed the plant operational in 50 days. Since Jurong had industrial shells ready, they were able to meet Texas Instruments’ schedule. Shortly thereafter a competitor of Texas Instruments approached EDB (Economic Development Board of Singapore).”…from “Unleashed: A New Paradigm of African Trade with the World.” Singapore has not looked back since. The investment made by Singapore in the companies who bought the sales pitch to locate new businesses and manufacturing facilities in the country, has today led to Singapore having one of the largest sovereign wealth funds in the world. The vision of the Late Goh Keng Swee and other founding fathers of Singapore have created one of the world’s most industrialized countries with one of the best standard of living. Singapore is a testament to the fairness of many western ideals. When Singapore was beginning the hard climb from impoverishment and trying to sell their ideas, many in the west had no idea where Singapore was located on the world map. They had to be shown. But once western business sampled what they were selling and realized it was really good for business, they rushed to buy it enmasse. This remains the cultural divide that African countries have been unable to bridge. However, make no mistake that the path to economic prosperity for African countries is to find the implements that will bridge the divide. The seed of the bridge building is as follows: African countries need a lot of resources. Western nations have a massive hoard of resources—for example, Bill Goss’s PIMCO, alone, has almost 2 trillion dollars in assets under management. That’s just one in a sea of resource-laden organizations which they are constantly trying to grow. The marriage is for the government and private sector of African countries, working hand-in-glove, to produce investment worthy opportunities buttressed by a sound national economic development strategy in which capital from anywhere, East or West, can amplify in safety.

This brings us to the core question that needs to be asked and answered. Is the world doing African people a great disservice by feeding the beast of inertia of the collective leaders of the countries? Should funding of (national) budgets by externalities along with a perpetual aid paradigm be curtailed? Economist Dambisa Moyo in her best-selling book Dead Aid, stated as much. We all know that poverty is the reality of majority of African people. However, if the crutch of handouts is removed, will it leave African leaders no choice but to become resourceful? To focus on the task of economic development at all costs? It means African leaders who have not answered the proper call to action can focus on the one task that really matters, the one job that surpasses all others:to develop their economies in order to ensure that their ECONOMY can feed and clothe their people without resorting to handouts! Is that a bad idea? Human beings do not breast feed indefinitely, right? After a reasonable period, mothers have to wean the child from breast milk because it is time to grow stronger and while milk is good, it won’t do for a well-rounded mental and physical development. Why then has the world allowed African leaders and the countries they lead to perpetually breast feed? Lao Zho stated epically that if you give a man fish you will feed him for a day but if you give him the tools and implements to fish, you will feed him for a lifetime. 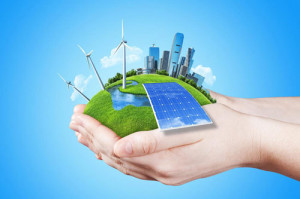 There is good evidence that there are entrepreneurial geniuses in African countries. These are people, male and female alike, who possess visionary capacity to perceive supply deficiency and hence an (self-interest) economic opportunity and are able by industry and sheer force of will, to muster the resources necessary to exploit them both for the good of society and for their own benefit. This is the essence and vitality of an economic system based on “unleashing” and maximizing the creative capacity inherent in its people for the greater good of society. The degree to which a society engenders the evolution of risk takers and enterprise makers is the corresponding degree to which economic progress and social prosperity can evolve, all other things being equal. It is necessary that African countries take a hard reflective look inwards in order to: (1) isolate and eliminate hindrances to enterprise creation; (2) create institutions that nurture indigenous entrepreneurs, teaching them the how’s and why’s of enterprise development, financing, and management; (3) identify all the resources at society’s disposal (labor, raw material exports, synergistic opportunities with the world community, etc.); (4) identify the most critical economic challenges and devise a plan to turn it into a advantage; and (5) develop a dogged focus on the prize and marshal all the material and human resources of society to acquire it. In the 1960s, South Korea came to the realization that American economic aid was only a temporary hand-up rather than a permanent handout. It realized simultaneously that it did not have the resources to develop its economy. It decided to invest society in a grand endeavor of exporting its way out financial difficulties. The rest as they say is history.