by John I. Akhile Sr.

There is a huge divide between the reality of the capacity of Africans and political leadership’s recognition of it. In other words, African people are progressing on all fronts: in business, academia, global multilateral agency management, etc. Case in point, the late Koffi Annan, who was Ghanaian, was appointed Secretary-General of the United Nations. However, in African countries, leaders seem almost entirely oblivious to it. They are failing to recognize, appreciate and nurture the considerable talent at their disposal. The reality has escaped generations of leaders. However, 60 years after independence for most African countries, that reality is inescapable. It is manifested in the parade of beggarly African leaders traveling to China in search, not of ideas but begging bowl in hand for money, for so-called development. It is an incontrovertible truism that the road to the prosperity of Africans and their nations will be paved by business and political heroism of Africans not by begging bowl diplomacy of African leaders. 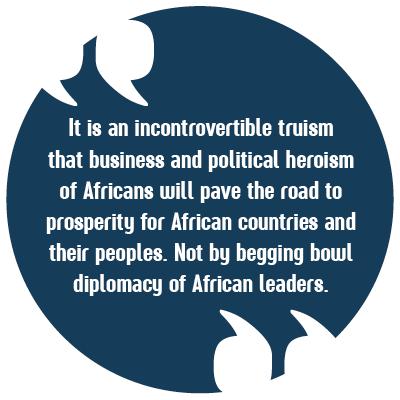 To evolve prosperous societies, political leaders of African countries will have to build the infrastructure needed for success. It is apropos to acknowledge that the syndrome of devaluing the potential of indigenous people is not unique to African countries or African political leaders. It is, however, unique to all poor countries. There is a lesson to be learned by African leaders. It is one that has been played out in world history and is very much available to anyone interested in learning it. The lesson derives from the fact that both the industrialized and newly industrialized countries of the world traversed a path from poverty to prosperity. The same path that African countries are trying to navigate. The people of pre-industrial Europe and North America created the economic environment the countries are experiencing today. Likewise, Asian citizens created the Asian economic miracle. For all the countries, in Europe, North America, and Asia, the path to success was paved by the work of their political and business leaders. That work was not reliant nor was it dependent on their going hat in hand to the world community for aid. No country in the world has created success through the begging bowl.

The first order of business for leadership is to take complete and total ownership of the fiscal challenges in their environment. It is not the responsibility of the rich nations to give African countries money on which to survive. China is the newest target of “begging bowl” diplomacy by African leaders. True economic development is not the building of grand infrastructure schemes. Rather, it is developing a foundation of sustainable revenue flows into the treasury of nations. The process is engineered by developing companies and entrepreneurs that will assume control of the supply chain responsibility of society. If the country needs more hard currency, with proper planning and resoluteness, indigenous companies can solve the issue. If it is a supply of goods and services, the same remedy is applicable.

The road map is available in every country that has traversed the road from poverty to prosperity, and it includes every successful nation on earth including Western industrialized nations and is available for every leader and nation of Africa to study and mirror. Not every pattern fits of course, but something can be gleaned from every experience. The one single attribute that every successful nation has is champion companies. They are companies that export goods and services around the world as well as companies that create solutions for supply chain deficiencies in the local economy. 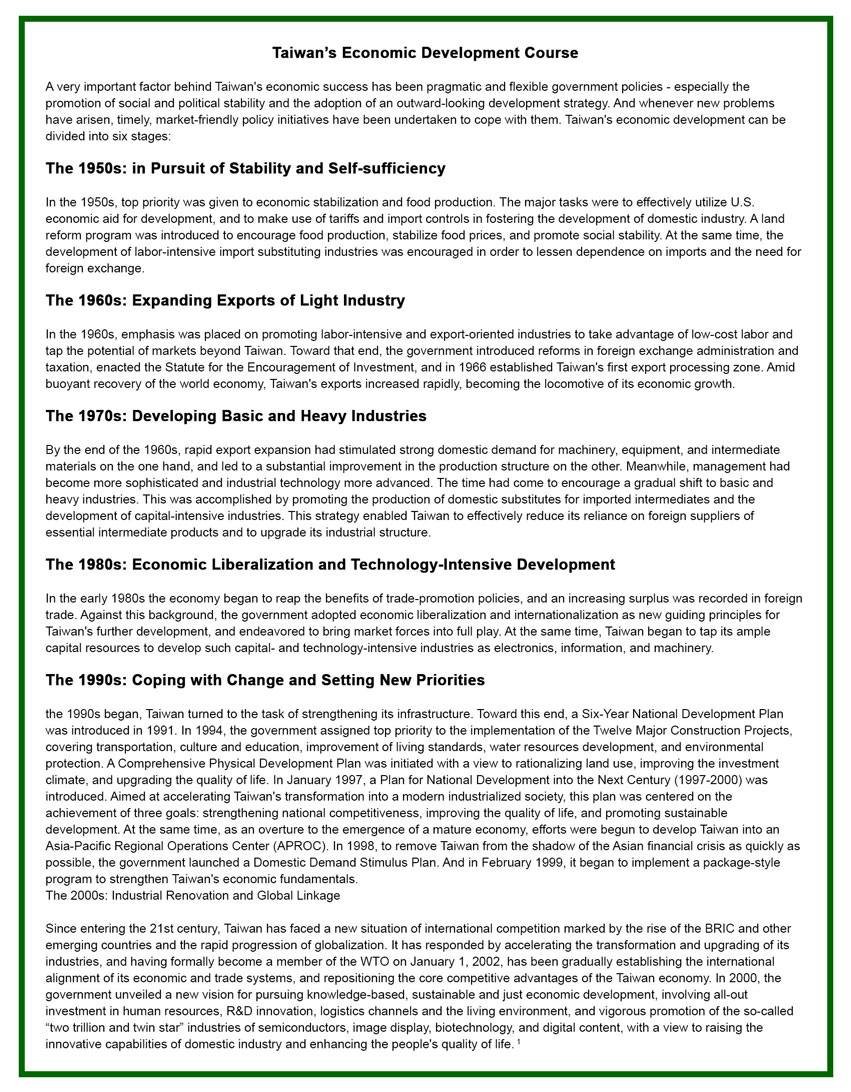 For African Countries, it Starts with Formulating an Economic Strategy

African countries should start from the basic building block of settling on a sustainable economic development strategy. From that basic platform, the executors of the strategy have to be recruited, developed and supported. It sounds rather rudimentary, but can anyone name an African country that has a clearly defined and prosecutable economic development strategy? Instead, it is a hodge-podge of projects, government pronouncements, and goals that are nebulous and incoherent at best and unwieldy and haphazard at worst. Compounding the situation is that very few countries have a strategy for corralling the resources needed to activate their economic agenda in full, absent of seeking aid from the global community. In other words, the economic development agenda of most African countries is a stew of economic incoherency whose implementation depends on the largess of the global community. If an entrepreneur tried to run his business in that manner, he or she is bound to fail spectacularly. A country is infinitely more complicated to manage than a business but is in most respects a business, albeit a political one.

To the overarching economic strategy, nations can add specific goals as well as timelines for their accomplishment. For instance, depending on their baseline of manufacturing export capability, a country may set a goal to achieve an export target of “y” exports in “x” number of years. For some countries, “y” maybe a few million dollars, while for others, it may be several billion dollars.

With a sustainable economic development agenda in place, the next step is to recruit businesses to buy-in and support the program. However, developing global champions is a marathon rather than a sprint. In every arena where there are supply chain deficiencies, it is possible to develop champion companies to fill it. It is arguable that the most crucial area of economic deficiency for most African countries in the contemporaneous timeline is a dearth of hard currency.

The process of developing companies is interchangeable for any industrial arena. The difference is scale. The capital requirement varies between industrial sectors. In the export arena, African countries will do well to focus on low capital, high labor-intensive industries because of the importance of reducing unemployment.

The larger context of developing champion companies is creating an environment where enterprises can prosper. For instance, it is important to make it very easy to start a business. In the colonial era, colonial governments created various impediments to starting a business. The reason was to dissuade indigenous people and citizens of rival colonial nations from entering the field of enterprise. Unfortunately, the practice has continued in many African countries. Rwanda has made enormous strides in this area. In the World Bank’s “Global Ease of Doing Business index,” Rwanda ranked 29th of 160. To put it in context, South Africa was ranked 66th, Nigeria, 145th, and the last, 160th, was Somalia. Leading the pack are the following countries: 1. New Zealand; 2. Singapore; 3. Denmark; 4. Hong Kong, SAR (China); 5. Republic of Korea (South Korea); 6. Georgia; 7. Norway; 8. United States; 9. United Kingdom; 10. Macedonia; 11. United Arab Emirates; 12. Sweden; 13. Taiwan.   The ease of doing business is a measurement of the process involved in establishing a business, and as the brief list shows, there is a correlation between successful nations and the process required to establish businesses….to be continued in next month’s issue of Unleash Africa.