Re-Engineering Development in African Countries Part Six: African Nations Have All They Need to Prosper

This article is a continuation of Re-Engineering Development in African Countries Part Five.

The world is a constant parade of evolutive flow of knowns from unknowns. Some term it as change is a constant inevitable reality. One of the great gifts that European adventurism bestowed on the world is the crucial importance of vanquishing our fears. Underneath the brave exploits of adventurers was the fear of impending mortality. Yet they ventured on. To Asia, the Americas, Africa, Australia, etc. When the Dutch created the concept of the joint stock company, they faced their fears and ventured on. When Europeans landed in America and found themselves in hostile virgin land, without life’s necessities, they faced their fears and persevered. When their nation was devastated by not one but two atomic bombs and their socio-economic structure in shreds, unsure of tomorrow, Japanese people faced their fears and soldiered on to create an even greater Japan.  When the original “Asian Tiger” nations found themselves under threat of cultural annihilation due to poverty and existential threat, they faced the fear of the unknown and vanquished the threat. Without the example of European mercantilism, you would not have the evolution of modern Japan and the Asian Tigers.

“The only thing we have to fear is fear itself.” -Franklin Delano Roosevelt

What then is at the core of the impetus that drove the indomitable spirit of achievement reflected in the foregoing momentous world defining and changing achievements? Part of it is unseen, unquantifiable but tangible faith in the ability to achieve what the human spirit has conceived. Part of it is a determination to succeed. Part of it is the will to live! African people and nations possess the same gift. Because to each has been given a measure of faith. The one who gives seed to the sower did not forget Africans or Africa.

How does this relate to Africa? It relates to the continent in many ways but primacy must be consigned to this one basic truth: Africa, both Sub-Saharan Africa and the Maghreb; is the only region that has failed to stand up and be counted in the parade of human determination to succeed and prosper. Without the benevolent opportunity of commodity exports the continent’s condition would be unbearable. Think about that for a moment. What if African nations, like many Asian nations, lacked commodities to exchange for cash? What would be the condition of the continent today? 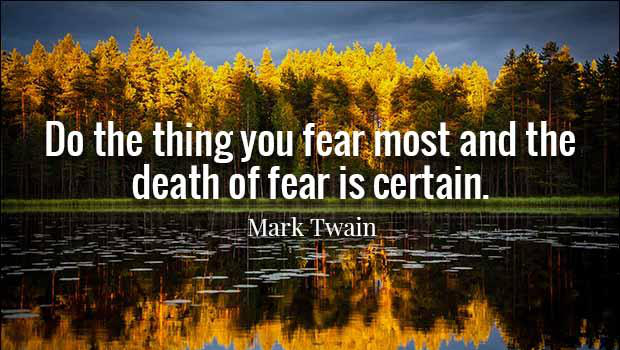 The leaders frequently lament that they lack resources to implement their development agenda. It is understandable if you consider that most have never embarked on a risky venture. Their mode of transport through life has been by the currency of connections. The privilege of family associations gained them access to educational opportunity and then to their position. Having never struggled, it is no surprise that they expect development, like ripe mangoes and figs, to fall unto their lap. However, for “poor” countries, development is rather like owning a virgin field requiring back-breaking work to clear, till, plant, maintain, and harvest before enjoying the fruits. The term “poor” country, refers to any country that is not developed and where per capita income is very low. You can count every nation in the world in the category because every nation was at one point not developed and had very low per capita income. The list includes the United States of America, possessor of the world’s largest economy. It is also not important that the sower of seed reap the harvest so long as the harvest reposes to society’s good. Park Chung Hee laid the foundation and successive generations of South Koreans built the structure and yet other generations are enjoying the full manifestation of the Foundation laid more than 60 years ago, by President Park.

There is Abundant Capital to Fund African Development

Like the Asians, African leaders and their supporting teams should start from where they are and begin the process, first, of clearing the field. Before and since independence, the economic field of African nations has sprouted vast amounts of weeds and all manner of debris requiring a thorough going over. As for availability of capital, African leaders are wrong about its scarcity. The world is not in lack of it. American capitalists, fund managers, Insurance and pensions have trillions in capital seeking good returns. See a snippet of the capital in the hands of the top nine global  asset managers, alone, in fig 2. Europeans, like Americans, have a large hoard of it measuring trillions of dollars. Having begun the hoarding of capital from their adventures of centuries past. Recently, Asians have also joined the club of trillion dollar repositories of capital. The tap of capital doesn’t open to need. It only opens to deserving seekers and knockers. It opens to principals who have a powerful idea that will enable capital to find safety and an opportunity to grow. In other words, capital is always seeking a safe haven from which to propagate itself with minimal degradative exposure.

The issue then is not lack of capital but a dearth of good bankable ideas. In this singular aspect, Africans are unwilling to mix it up. To “get in the fray” as they say. In the 1700s and 1800s, American entrepreneurs/promoters sought and raised capital for canals, railroads and industries from European capitalists. Before them you had European entrepreneurs raising capital for the East India trade, the slave trade, Suez Canal, for voyages, industries, wars and hundreds of other ventures.

In the modern era, Asian nations have raised capital to develop through a careful strategy of export industrialization. The commonality of all the preceding is the preeminence of indigenous promoters, entrepreneurs, and political actors. In the case of African nations, the element is missing. Africans are choosing to outsource their future to externalities by refusing to engage and take the lead. Helen Hai has started an initiative aptly named Made in Africa initiative. However, Helen Hai is a Chinese citizen. It exemplifies the core reasons why Africans are relegated to non-entities in the global community. African leaders have refrained from entering the fray, by refusing to mix it up, as they say. However, mixing it up is one of the ways of separating the wheat from the chaff. Metaphorically speaking, capital wants the wheat and not the chaff. The wheat of ideas; energy, management capacity, “sticktoitiveness.” All the core elements that make a venture successful. When all of it is present in abundant clarity, capital, like water seeking its level, flows unrestrained.

“Strength does not come from physical character. It comes from an indomitable will.” -Mahatma Ghandi

South Korea was determined to build a steel industry but every western nation, including its patron nation, the United States, thought it was a harebrained idea and destined to bank losses. The US and other Western nations would not provide the guarantee that would allow multilateral lending institutions like the World Bank to extend lending for the project. The South Koreans knocked on all the doors in the west and finally turned to Japan—who was at the time a pseudo-enemy due to the atrocities committed by the Japanese Army in the occupation of South Korea during World War II. In a complex system of credits, barter trade and reparations, Japan, with a nod from the United States, provided the resources that South Korea used to develop its steel plant.  Then, Nippon Steel, under the leadership of then-Chairman Yoshihiro Inayama, provided technical expertise for the project. Today, South Korea is a global industrialized; shipbuilding, construction, appliances, automobile, heavy equipment economy with steel is at its epicenter. South Korea also did not have the resources to implement its Export-Oriented Industrialization strategy. It resolved to external sources of capital and credits for its entrepreneurs and private business. The Koreans found a way where there seemed to be no way to achieve their goals and objectives.

When Singapore started its journey, people in the west could not identify the tiny city-state on a map. Try carrying that burden as a promoter. Principals of its Economic Development Board had to educate western corporate chieftains about its whereabouts and then to focus on the job of selling their vision of a partnership that would benefit the companies by reducing their labor cost and creating a safe production haven for manufacturing devoid of strikes. The road show was exhaustive and continuous until the dam of corporate interest in the vision broke and led all the major high-tech firms of the day including the bluest of blue-chip firms, GE (General Electric) to establish production facilities in Singapore. The rest is history.

Deng Xiaoping had a vision of the prosperous China that we are witnessing today. It evolved from his patron, Zhou Enlai’s “Four Modernizations” strategic vision. The Four Modernizations were goals first set forth by Zhou Enlai in 1963, and enacted by Deng Xiaoping, starting in 1978, to strengthen the fields of agriculture, industry, national defense, and science and technology in China. He persevered through a decade of ostracism during the cultural revolution and near fatality at the hand of the “Gang of Four” before prevailing. His idea was to introduce a system where the economic system functioned under a pseudo-capitalist structure managed by a command political structure. Because Deng Xiaoping persevered in his vision for China, we are witnessing a massive Chinese resurgence in economic and political affairs of the world. But most important, is that hundreds of millions of Chinese people have been lifted from poverty. 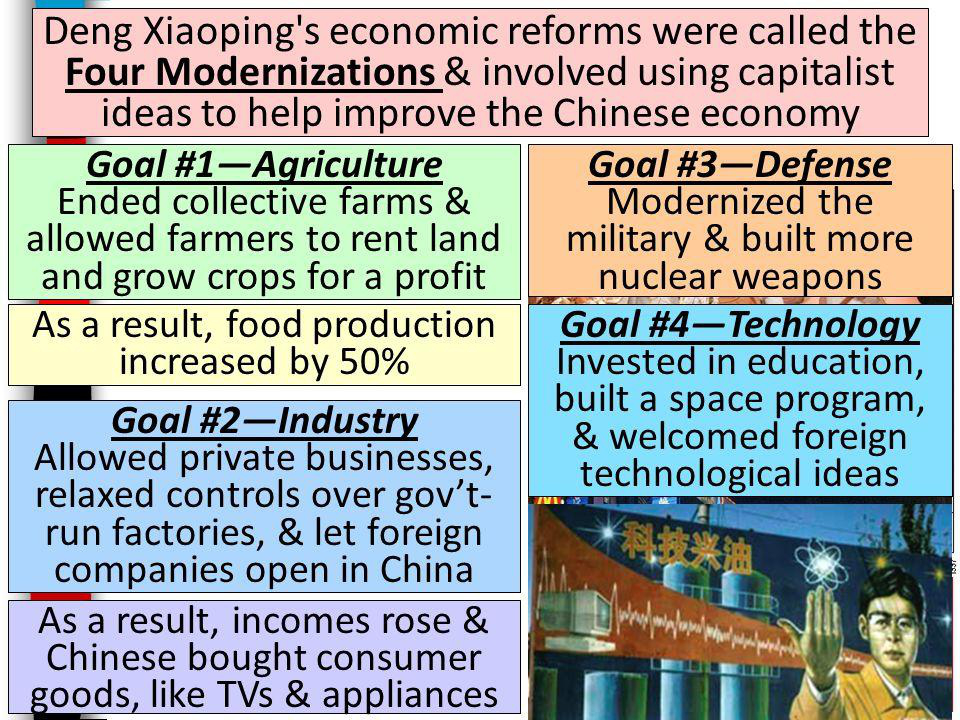 These examples are evidence of the truism of the saying that if you knock and keep on knocking, it will be opened to you. They also buttress the point that Africans can excel by setting out a plan and persisting to carrying it to fruition no matter what it takes. Africans are not limited to external sources for capital. They can tap internal sources of the same characteristics, viz, pension funds, insurance companies and private repositories of capital. African nations have the talent they need; the resources they need and the capital they need. Nothing is obstructing the path to prosperity of African nations. The West—contrary to populist sentiment—is not and Asian nations are not. In fact, the only impediment to prosperity of African nations; the only thing that stands in the way, are Africans themselves.