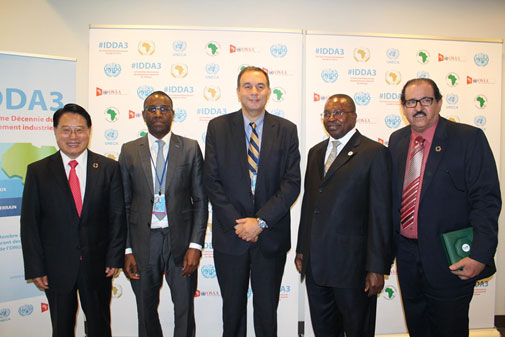 The General Assembly of the United Nations, which convenes in September of every year, is a landmark of global political who-is-who. Many side events take place during the almost week long session. One of the “funtastic” occurrence of this year’s General Assembly, there seems to be one every year, is the exchange between U.S. President Donald J. Trump and the head of North Korea which is now indelibly etched in the annals of world politics. Like Soviet Union’s Nikita Khrushchev stomping his feet during his speech to the 902 Plenary Session of the UN in 1960.  Aside from political drama, there are usually many sideline events. One such was UNIDO’s sideline event of this year. It was billed as a “Joint High Level Side Event; Third Industrial Development Decade for Africa 2016 to 2025: from Political Commitments to Action on the Ground.” I had the privilege of an invitation to attend. It featured African heads of government, ministers, and business executives. The organizers deserve applause and a bow! 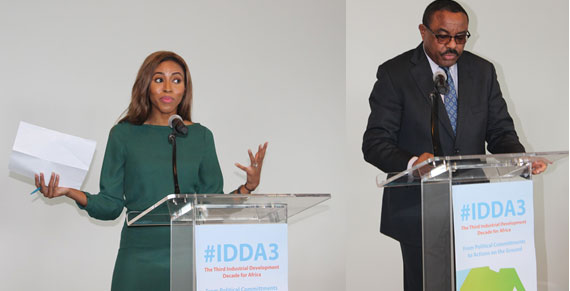 The host was befitting of the event. It was the capable Zain Asher of CNN. She kept the train moving. It was a feel good event where speeches were the primary engine. A substantive derivative narrative is cloudy because of the absence of intellectual ideational exchange. His Excellency, the Prime Minister of Ethiopia hit on very important development probes because his country gets it and there is a convergence of talk and reality. There was a presentation by one of His Excellency, Paul Kagame’s Ministers. Rwanda, the little country in South Central Africa gets it, too. The challenges facing African countries and people transcends speeches that deliver a plaintiff cry for help from the global community or self-congratulatory, oratorical preponderance, bereft of evidential correlation of economic realities. Instead, it exudes a mandatory verve of ideational cross-fertilization that evolves game changing initiatives too powerful to ignore, too profound to miss, and too obvious to obfuscate.