Patriotism and Profit Part IV: How to Build Champion Companies in Construction Services

Patriotism and Profit Part IV: How to Build Champion Companies in Construction Services
by John I. Akhile Sr.

One of the biggest challenges that African leaders have to overcome is the inescapable megaphone of “false prophets.” False Prophets are always around because they are an integral part of the fabric of human existence. There were people who told Einstein that he could not prove what he was endeavoring to prove. People told the South Koreans that they could not develop through export-oriented industrialization. Westerners also told the Koreans that they could not build a steel mill. In these examples, all the naysayers propounded valid rationale for the conclusions they reached. However, in every case, their reasoning failed in the face of a determined subject. Einstein’s General Theory of Relativity stands today. It led to the splitting of atoms and ultimately, the atomic bomb. South Korea has far exceeded their own dreams and stunned the world by using an export-oriented economic development strategy to build the 11th largest economy in the world boasting many global champion companies.

False Prophets are the “naysayers” who are always peddling a negative “Africans can’t do” perspective. In African countries, naysayers are comprised of external and local principals. The external principals are telling Africans to temper their ambition and desire for success and prosperity because Africans lack the capacity and wherewithal to achieve their goals. Many such naysayers are Western economic advisers. Local naysayers are personages that are paid by Western and other major power players to provide advice to their country’s government or are people who have drank the laced stream of ideologues who are of the opinion that African people are incapable of self-governance.

It is perplexing that well-educated personages append their names to theories that have very little relation to business or economic realities. One such theory is that African countries cannot learn from Asians because time has eroded the relevance of the experience of successful Asian economies like Japan, South Korea, Taiwan, Hong Kong and China and the upcoming Vietnam and Bangladesh. Nothing can be further from reality. The Japanese—who started the trend of export-oriented development—copied the strategy fortuitously from the mercantile companies of the 17th century. The Japanese Sogo Shosha is a model of ancient mercantile companies. Unfortunately, these ideas are propounded by educationists who have little to no business experience and have never faced the challenge of managing a successful business enterprise.

The reality is that the issues facing African countries are largely man-made and as such have man-made solutions. It is preposterous to suggest that Africans cannot learn from the experience of Asian nations. The conclusion is either rooted in ignorance or is a disingenuous attempt to draw attention to their own theory of how Africans can generate convertible currency through regional trade. Which, in of itself, is an idea that strains credulity for its absolute bereftness of reason and logic. 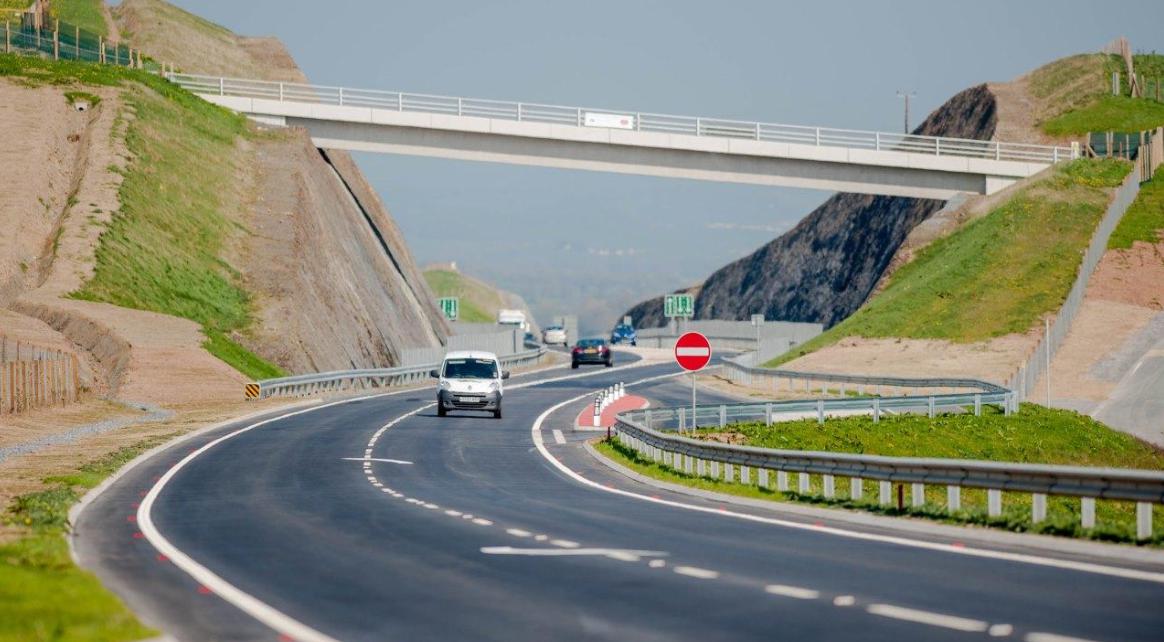 African countries and leaders have the capacity to compare and contrast ideas that are being proffered as solutions for the economic challenges facing the countries. The recent economic history of the world clearly shows that only one region of the world has traversed the road from poverty to prosperity. The region is South East Asia and China. It was done without the benefit of commodity exports. In that light, it is worthy of note, that only one economic development philosophy has actually yielded economic prosperity for the nation-practitioners. The philosophy is none other than Export-Oriented Industrialization. Import substitution industrialization failed woefully in African countries, South America and in East Asia as well. Taiwan, South Korea, and Singapore all began with Import Substitution Industrialization but had to abandon ship after their economy bogged down under the weight of the constant need for hard currency required by ISI economies. The lesson to draw on is to determine what has worked and what has not and to make the right selection. To knowingly select a strategy that has not worked or to defer to “experts” who are purveying a new way to create an “economic wheel” is to suspend reasoning and rationale. 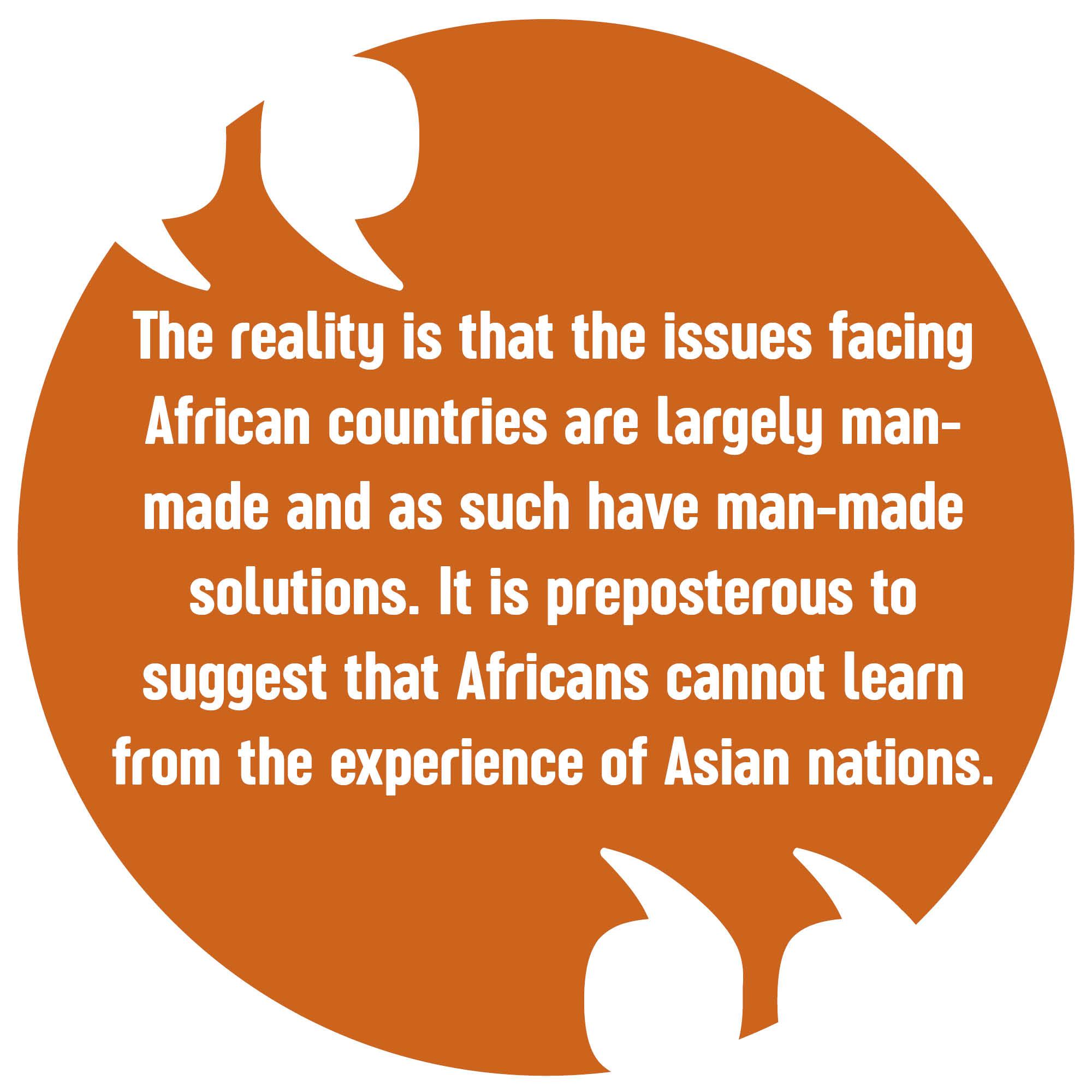 One of the salient means of proving the theory of Export-Oriented Industrialization is to actually execute the strategy. A key component of the execution is the role of business, entrepreneurs and the banking sector.  In the Asian narrative, businesses and entrepreneurs drove the process with guidance from the public sector. In a symbiotic relationship that the Late South Korean maestro, President Park Chung Hee referred to as “Guided Capitalism,” the public sector helped to inspire, and to provide resources for companies to take on the world. South Korean leaders recruited and worked with companies who were willing to take the financial risks entailed in developing a manufacturing-for-export business. Not everyone was successful, as is usually the case in business. However, over the following 50 years the successful ones have become “Champion Companies” on the world stage.

The construction industry, in general, is a significant part of developing an economic foundation for success. The operative term is FOUNDATION. Economic development planning in African countries has to evolve from the haphazard affair that has characterized the process since independence to one of executing a strategy with clearly defined goals that align with the objective of achieving specific aims. For instance, countries need to be able to feed and clothe their people, defend their territory and invest in the future of the country and people.

Although the scale of market opportunities plays an important role, every African country can develop “Champion Companies” in construction. It depends on the will of the leaders and the willingness of the citizenry. Smaller countries may opt to focus on developing companies that will execute basic construction projects in their country while arranging strategic partnerships with larger international companies for major projects. Even at the basic level, once a process is established and bears fruit, a country will experience a reduction in the outflow of hard currency resources to purchase such services, especially from hard currency suppliers. However, this is not to say Champion Companies cannot evolve from small countries because they can. The scale of the opportunity is not a disqualifier. How far such companies can climb up the global food chain rests entirely on the leaders of the country and the businesses.  For every country and every company, the sky should be the limit of their ambitions. Norman Vincent Pearl put it this way; “Shoot for the moon. Even if you miss you will land among the stars.”

One of the first tasks for any government seeking to enter the fray is to engage the citizens of the country using cultural centers or other means available to disseminate the idea behind the desire to create champion companies. It is imperative that the average citizens get it and buy into the idea of indigenous businesses building and maintaining their roads and bridges and eventually taking the services to other countries once they have mastered the craft. On a broader basis, African governments need to train their citizenry on every aspect of their agenda and goals for the country. It is important for the success of such far-reaching initiatives that people affirm their support of it. This is not something to announce through media spokespersons. That approach will result in indifference from the citizenry.

Technical expertise. The main reason why African countries have not built this industry is because know-how has been elusive. Fortunately that is no longer the case in the 21st century. Know-how is pervasive and acquirable.

Lower cost of infrastructural development. Governments can achieve a net lower cost for projects. It is unconscionable that the poorest countries in the world are paying the most for construction services. Developing indigenous construction services providers is the way to address the disparity in cost to African governments of infrastructure projects.