Patriotism and Profit Part II: Tanzania a Gem in Need of Polishing

Patriotism and Profit Part II: Tanzania a Gem in Need of Polishing
by John I. Akhile Sr

European colonialism and the era of discovery were led by commercial interests. Some of the more famous ones are: The British East India Company (1600); the Dutch East India Company (1602-1799); The Mississippi Company (1717); Compagnie de Saint-Christophe (1625); Royal African Company (1672); etc.1 The foundation of commercial success and enterprise led to the great prosperity of Europe—particularly, the modern nations of Western Europe. It does not take a great deal of research and analysis to reach the conclusion that the most prosperous nations in the world today owe their foundation to the success of their colonial era commercial activities. The United States is not excepted because commercial interests that led to its creation were of European origin. Two prominent commercial entities in its early existence are the Plymouth Company and Hudson Bay Company.

“Chartered companies were commercial organizations that enjoyed special privileges granted by the state, usually encapsulated in a royal charter. Most were created by merchants in Europe between the 16th and 19th centuries, in England, Scotland, the Dutch Republic, Spain, Portugal, France, and elsewhere. Most chartered companies were formed by investors seeking to exploit commercial opportunities in a particular branch of trade, frequently with a specific part of the world. This latter phenomenon reflected the growth of European commerce with Africa, the Americas, and Asia from the 16th century onward, and many chartered companies specialized in trade and other economic activities in these parts of the world. In many cases, the close relationships between the companies and the states that granted their charters reflected prevailing intellectual notions in the period from the 16th through 18th centuries about the nature of the economic activity and state power.”

It is important to recreate the history of commercial activity for African nations and leaders because the nature of the competition is crucial to learning how to develop antidotes to economic and commercial oppression. It is what Kwame Nkrumah defined as “neocolonialism.” Unfortunately for him and most African leaders, they have attempted to fight economic oppression of their nations in the political arena—which is not only the wrong forum but the wrong war. In real times, we are witnessing the erosion of Tanzania’s economy because the leadership of Tanzania is fighting a political battle against economic interests. Tanzania had a long drawn out battle against one of the world’s largest gold mining companies. Ostensibly, it was a successful outcome for Tanzania and its president. However, the economic noose is tightening around Tanzania, a country that depends on aid money and grants to the tune of one billion dollars per year. The noose is held by unknown externalities. Tanzania is talking and reacting to various and sundry Western government representatives. However, they seem oblivious to the reality that there is a puppeteer behind each of the representatives with whom they are interacting and they will never be unveiled. The puppeteer is more often than not a commercial entity that donates to political campaigns that place elected officials in their positions. The puppeteers are usually commercial interests who are aggrieved for one reason or the other and they—like in the era of chartered companies—voice their angst and displeasure through their government.

The government of Tanzania has vast resources at its disposal. It needs to align with right-minded types in the Western and Eastern financial and economic powers to develop and deploy its competitive advantages. In meeting the challenge facing it, the government of Tanzania will not find its elite of much help because African elites are lazy! They are used to getting money for doing nothing other than employing economic blackmail on business and society. The way out of poverty for Tanzania will be paved by industrial and service activities that earn hard currency for the country. The government should partner with right-minded business and entrepreneurial personalities in the country to create businesses that export goods and services to the world and channel a flow of hard currency to the country. Tanzania must start this process before it is too late. What is facing the country is the potential reincarnation of “the Zimbabwe economic squeeze,” surely as day follows night.

This is where champion companies come into play. There are several great plays that Tanzania can deploy, similar to a set play in soccer. Tanzania has 55 million people in a land area of 886,000 square kilometers, which is almost exactly the size of Nigeria (910,000 square kilometers) which has a population of 170 million people, more than three times the size of Tanzania’s. The land area and population represent opportunities that the government should be spending all of its time to exploit for the posterity of the country, not just this administration. That is the call of leadership and statesmanship; the willingness to undertake a risk-laden path that portends prosperity and well-being for the country’s future even though it may mean hardship in the short term and loss of support for the government.

The Tanzanian government of today should focus on the crux of the issue facing Tanzania, which is how to alleviate endemic generational poverty. Tanzania cannot rely on donors or taxing mining companies as a means to prosperity. Getting the best deals from international companies that are operating in Tanzania is a good strategy but it cannot be pursued at the ends of making an enemy of the companies. Tanzania needs such companies to become partners for its extrication from poverty.

Companies operating in Tanzania are the first play to deploy. They are in Tanzania for their particular self-interest. There is absolutely nothing the matter with that. Businesses and entrepreneurs, European, Chinese, African or otherwise, don’t go anywhere unless the opportunity to propagate capital is attracting them. What other reason is there for business to make an investment? The opportunity afforded the government of Tanzania is to get them to expand their investment footprint in the country. They have to be enticed with potential windfall profit opportunity through government support to become Tanzanian Champions, for their own interest and for the interest of Tanzania. To go into non-related business opportunities that will drive exports and expand Tanzania’s income base. International companies are also in the best position to create synergies with distributors and retailers of goods and services in rich countries. The synergies are important for creating a market for Tanzanian products in the global market.

There is a wide open, low hanging fruit opportunity in the tourism field. Tanzania is already attracting international visitors for its wildlife, Serengeti—the Great Plains of East Africa, Mount Kilimanjaro, Lake Victoria, and many other attractions. Tanzania also has a magnificent Indian Ocean shoreline that is primed for development. In addition, there is Zanzibar, Tanzania, a semi-autonomous island adjacent to Tanzania. With a good strategy to capture a piece of global tourist dollars, Tanzania can create a tourist haven similar to South Africa. It is long-range multi-generational work but the foundation can be laid starting now. The government should go all-in to expand visitors to Tanzania’s attractions and also to incentivize businesses and entrepreneurs to invest in creating more attractions for visitors to see and do when they are in the country. To create and nurture champion companies in-country travel, meetings, sports, and hospitality ventures. This is an area where existing international companies can be of most help. It is one of many reasons why it is not in the best interest of Tanzania to antagonize them. Better to symbiotically exist while taking full advantage of what they have to offer. 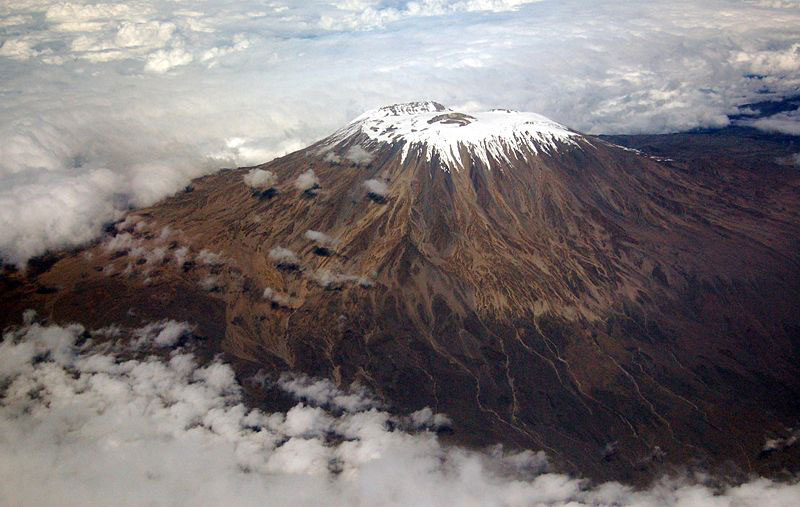 Mount Kilimanjaro, the highest point on the continent of Africa

Conversion of Tanzanian raw materials to finished goods for export. If you are Tanzania, you cannot do this successfully without the companies that are involved in exploiting the raw materials, including mineral and agricultural raw materials. Therefore the objective would be to play nice. The strategy would be to make a case for the conversion through force of reason rather than might. Force of reason, peppered with a hint of coercion is all Tanzania has. Coercion is the threat of opening opportunities for competing interests rather than expropriation because expropriation is a huge double-edged sword that eventually will consume the wielder. Conversion of gold to gold based products, raw diamonds to cut diamonds, iron-ore to steel, the list is a strong one. Conversion initiatives will expand industrial processing, create employment for Tanzanians and spur economic growth. This is the right agenda for prosperity and economic development that the government of Tanzania should be fully invested in selling to the world.

Finally, there is the business and entrepreneurial community of indigenous Tanzanians. Development of Champion companies should be focused on this group, especially existing Tanzanian business people. The Asian example is instructive here. Before Samsung became a global brand and Chaebol, it was a small rice importer in South Korea. 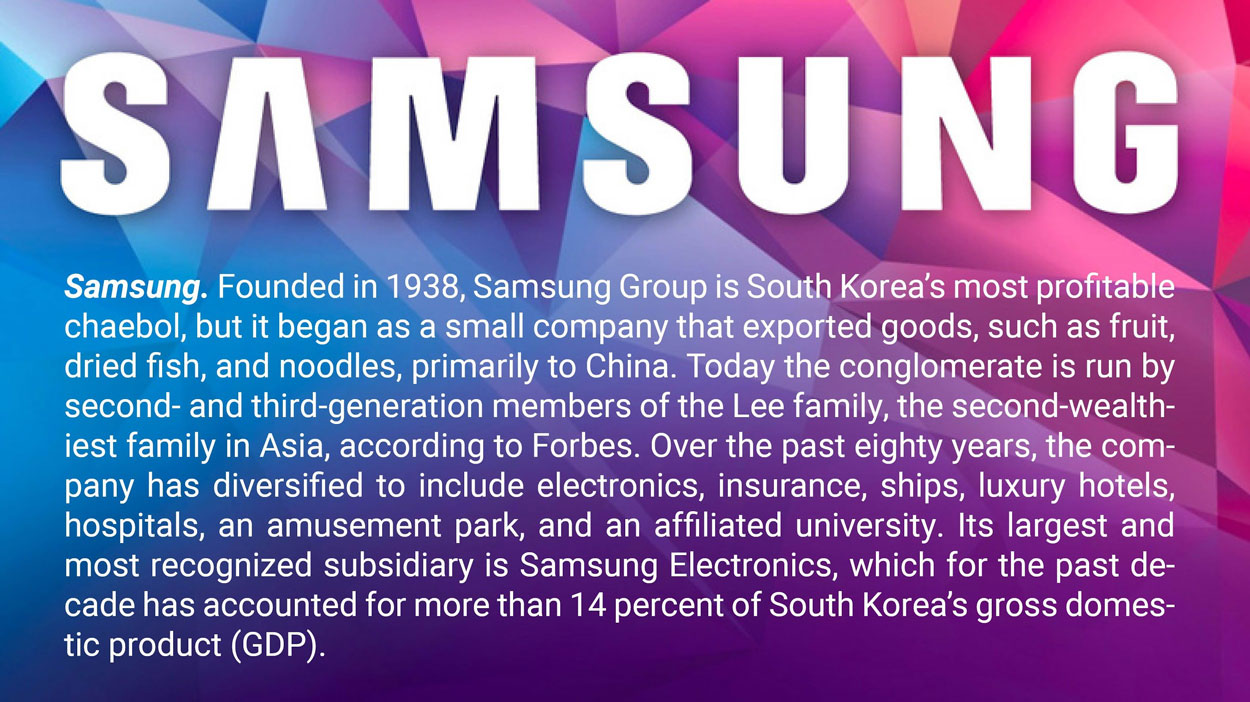 Hyundai was a small construction company in South Korea before it came to the attention of then-South Korean President Park Chung Hee who promoted the company to promote manufacturing and sales of South Korean products to the world.

The Asian playbook is appropriate for Tanzania. Tanzanian Champion companies promoted and supported by Tanzanian government policies will lead the way in creating jobs and prosperity for Tanzania and imbue in Tanzanians the pride of citizenship Dr. Magufuli, the president of Tanzania, is striving to achieve. An old adage says you can attract more bees with honey than you can with vinegar. It is a wise saying that is mighty apropos for Tanzania’s leaders to note. The engine for pulling the Tanzanian train out of a ditch will not be powered by politics. It never has in the history of the world. It can be powered by all of Tanzania’s people, both foreigners who have pitched their tent in Tanzania and the (mighty) 55 million strong Tanzanians. It is incumbent on the government of Tanzania to unleash their potential and in doing so, the engine of prosperity that will pull Tanzania out of the ditch of economic poverty will be unleashed.