At the end of the day, all the ideas and visionary profundity, devoid of “elbow grease” amounts to nothing and will result in nothing. All the great societies were built on the grit, toil, and ingenuity of individuals from every walk of life: business, invention, academics, politics, and medicine, to mention a few. An outstanding example of a society that was built on “elbow grease” and human ingenuity is the United States of America. In no particular order, people like: Cornelius Vanderbilt, Henry Ford, George Westinghouse, Charles Goodyear, Cyrus McCormick, the Wright brothers, Willis Carrier, Thomas Edison, Nikolia Tesla, George Washington, Abraham Lincoln, Franklin D. Roosevelt, Andrew Carnegie, Bill Gates, John D. Rockefeller, Thomas Mellon, E.I. DuPont, Steve Jobs, William Randolph Hearst, A. N. Pritzker, etc., to mention a very few.

Across all economic, racial, and ethnic strata, people risked their lives and some were martyred to save the union and to build a more perfect society. Others risked everything to pursue their vision and successfully built a transcendent fortune that continues to impact the country to this day. All in a collaborative effort that has created, arguably, the premier political experiment in human history. Certainly, it is unquestionably the most successful economic nation to date in human history. The glue that holds it together is the collaboration of government, the private sector, and civil society. All are bound by a commitment to the common good of the nation and to the absolutism of the rule of law.

Other societies have had similar results from the same collaborative mixture. Of particular note is Japan and Germany after World War II. During this period, Japan deployed a new business arrangement that became the tip of the spear of Japan’s export drive to prosperity. Japan’s Sogo Shoshas, a business arrangement that evolved during the period, are the ultimate international trading enterprises. They marketed Japan’s export products around the world and also kept Japan supplied with vital imports viz., energy, minerals, and other raw materials vital to Japan’s raw-materials-dependent economy.  From the foundation of a devastated economy, Japan was able to evolve world champion enterprises, such as Sony, Toyota, Mitsubishi, Nippon Steel, etc.1 The rise of the Asian Tigers is an exemplar of the effort of people rolling up their sleeves and going to work on their society. Park Chung Hee was a visionary leader but it was the entrepreneurial ingenuity of the founders of South Korea’s Chaebols including, Samsung, Hyndai, SK, LG, etc., that drove the train of export-oriented industrialization that was the engine of prosperity that created the “Miracle on the Han River” for South Korea and its long downtrodden and impoverished people. 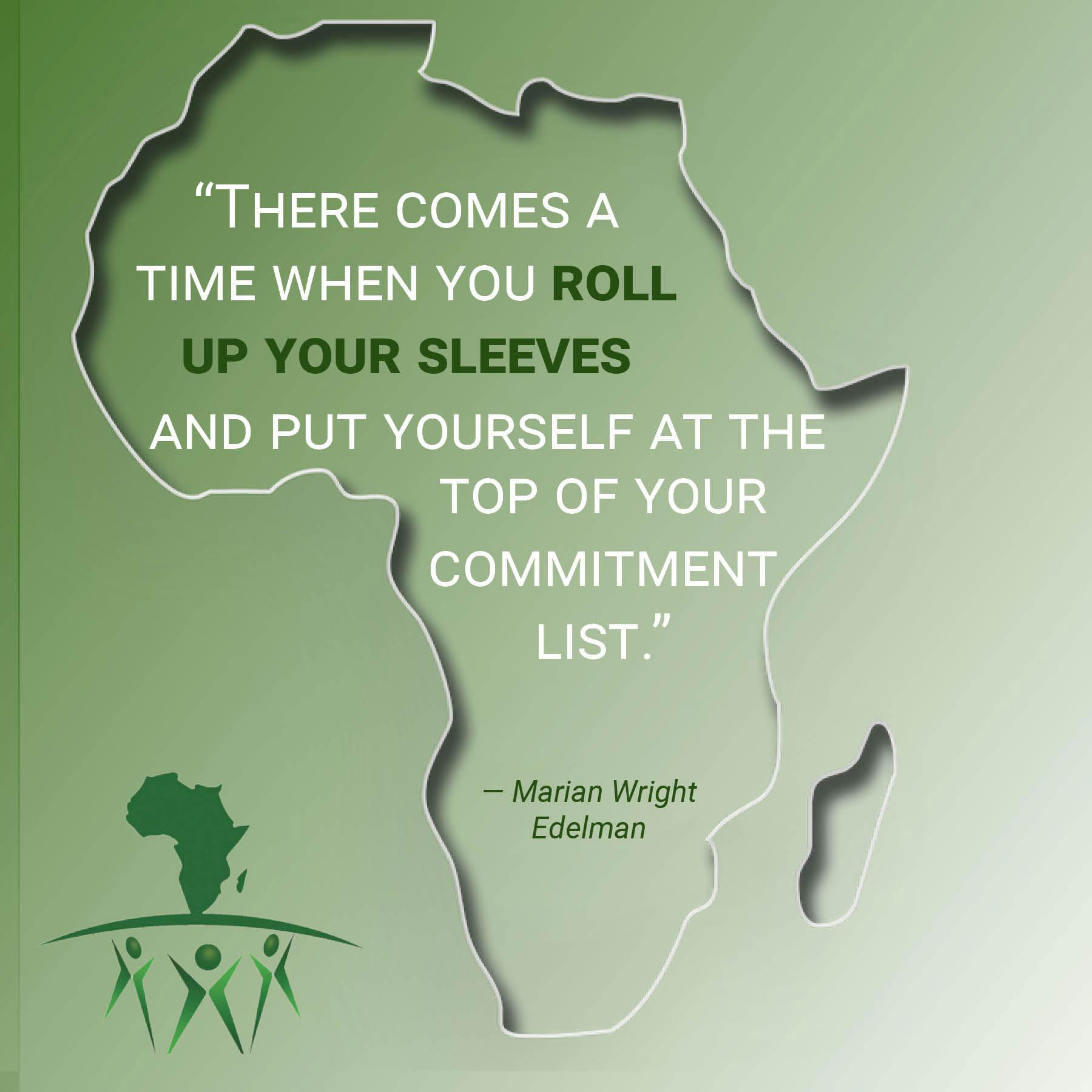 The old Western European cultures of France, Spain, Great Britain, Germany, the Dutch, and Scandinavia, likewise, are the pioneers of the form of collaboration being referenced. European progress in all fields, represent the result that can be achieved when society works on itself using the people of society—the political leaders, business entrepreneurs, academicians, and civil society.

African people can do likewise. The entrepreneurial skills are available and human capital is abundant. Africans have the talent, tenacity and capacity to evolve successful societies. The missing element is the public sector. If there is one specific reason why African nations have not been able to evolve successful societies it is the glaring lack of a conductor of the political-economic orchestra of African countries. In the societies that have evolved a successful collaboration of government, business, and civil society, there is a specialization factor that is not yet visible in African experiments. Politics is the art of managing the hopes, desires, aspirations, and expectations of the people. The great political shepherds of their nations have concentrated on politics and kept their eye on the prize of creating the society that their constituency voted them into office to create. Some have tried to straddle the fence by dappling in financial shenanigans. Most of the time, they are exposed and made to pay for their transgression.

African political leaders are experts at straddling the fence because the enabling infrastructure is usually comprised of the entire political leadership. By straddling the fence, African leaders gain political power for the purpose, not of doing the work required of them as leaders, but to gain financial benefits and to enjoy the perks of power. It means that in virtually every circumstance leaders lack concentrated resolve to deal with the problems confronting their realm. They have divided attention with the primary focus being to enrich them. It is a syndrome of serving two masters. One master is their financial interests and the other, the people who voted them into power. In African countries, it is safe to say that the people have been fighting a losing battle with self-enrichment. 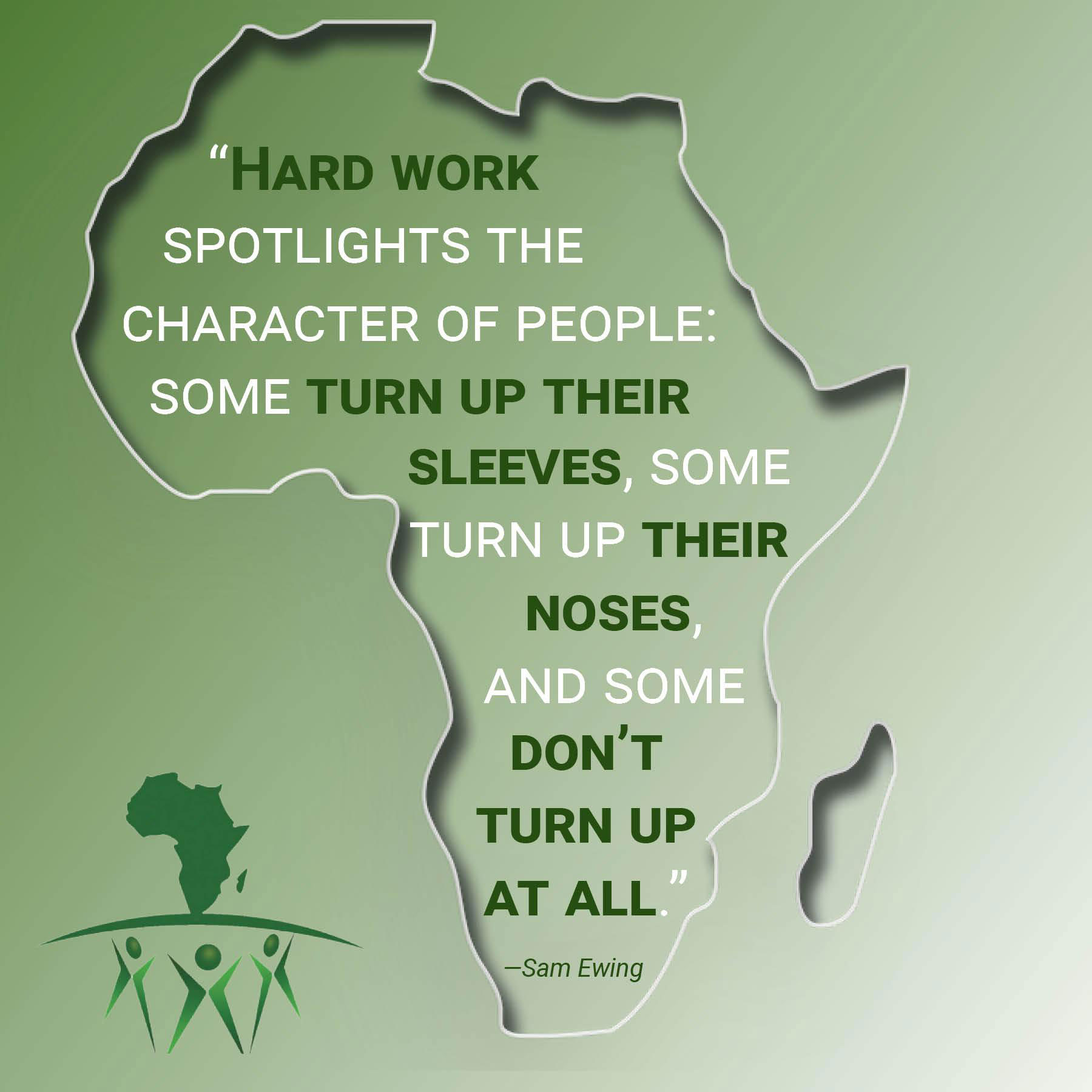 Granted, Africans do not have a monopoly on corruption. Every society referenced has the problem. What African societies have done is to condone the activity. By condoning corruption, politicians have been given permission to straddle. The overt or covert permissiveness negates concentrated resolve which is the most crucial ingredient necessary for effecting massive change in society. Lee Kuan Yew concentrated on building a secure and prosperous Singapore and surrounded himself with a mastermind alliance of like-minded people. Together, they wore white attire to the first swearing-in signifying their solemn pledge to keep the government clean. In turn they brought the people into the process and demanded that “the people” join in the task of nation building by contributing anything they can to the endeavor.

To alleviate poverty and reduce the roll of desperate poor in their societies, African nations have to move hundreds of millions of people into the middle income range of their economies by increasing real per-capita income to more than $10,000 per year across the board. It took South Korea more than three decades to go from $102.00 in 1962 to $10,000. It will require leaders who assume the mantle of leadership with a singleness of purpose. With a desire to turn over every rock until lasting solutions are found to the biting economic issues of the country.

Thinking outside the box is a prerequisite if leaders hope to make progress. Mighty China with 1.3 billion people studied Singapore, a country of fewer than 4 million people at the time, in order to glean ideas and insight on how to unleash their economic potential. They saw the unmistakable evidence of the success of Singapore and wanted to learn the “Singapore way.” Rwanda has taken a page from Singapore’s playbook and, with a little elbow grease, is deriving economic benefits.  Rwanda was one of the first countries to embrace open borders, signifying a commitment to turning over every rock. Journalists asked the President of Rwanda, Mr. Paul Kagame about how he would manage the potential for undesirables entering the country as a result of open borders. His response was: “That is a job for the police and law enforcement.” Spoken like a leader who has rolled up his sleeves. More countries should follow in Rwanda’s footsteps to seek avenues to turn their weaknesses into strengths, and their strengths into a devastatingly effective competitive advantage.

The task requires engaging all of society through community center events where people are informed of the objectives and policy initiatives of their government and also exhorted to join the effort to transform their country. Community Centers should be a focal point of communicating with the public in venues where people are face to face with representatives of their government. Depending on the country, there should be one community center for every 50,000 to 100,000 people. A community center should be a for-profit mix-use development. It will create jobs in the development phase and in the operational phase. In African countries, community centers will create a focal point for governments to use to solicit support for and manage the people’s reaction to government policies.

Rolling up the sleeves is an attitude. It is a commitment to raise the bar of expectation across the full spectrum of government and the private sector. It is a commitment to eliminate corruption and every impediment to efficient and effective governance. To turning over every rock, seeking good counsel on every issue, especially economic, facing the country…. first appeared in Unleash Africa Newsletter.