History informs and cautions. Jorge Agustín Nicolás Ruiz de Santayana y Borrás, 19th century Spanish-American Philosopher wrote: “Those who cannot remember the past are condemned to repeat it.” In the goal of achieving the economic emancipation of their countries, African nations need economic historians who can connect the dots of historic economic interaction of their societies with the world to the present. Because it is impossible to know where you are going without a firm grasp on where you have been.

Kwame Nkrumah’s Neo-colonialism: The Last Stage of Imperialism is a book that caused such an uproar in the Western world when it was published in 1965, that the U.S. promptly canceled $25 million in aid to Ghana. It is instructive that one year later, a CIA-sponsored coup d’état overthrew his government. However, Nkrumah’s words have been affirmed by the history of African nations since independence. Nkrumah defined neo-colonialism as an infringed and compromised national sovereignty where foreign interest remains economically—and hence politically—dominant in strategic decision making. In other words, you are free but not emancipated. In other words, you are not your own country.

In December, the president of Ghana, Akufo Addo, while hosting French President Macron, answered a question during the question-and-answer session of their joint press appearance. The question was whether France was going to expand its aid program to other non-Francophone countries. The French president was politically correct in his response, while Akufo Addo, on the other hand, went all-in, saying, in effect, that, “We can no longer continue to make policy for ourselves in our country, in our region, in our continent on the basis of whatever support that the Western world or France, or the European Union can give us. It will not work. It has not worked and will not work…We have to get away from this mindset of dependency. ‘What can France do for us?’ France will do whatever it wants to do for its own sake, and when those coincide with ours, ‘tant mieux’ as the French people say…Our concern should be what do we need to do in this 21st century to move Africa away from cap-in-hand and begging for aid, for charity, for handouts…We have to have a mindset that we can do it…and once we have that mindset we will see there is a liberating factor for ourselves.” 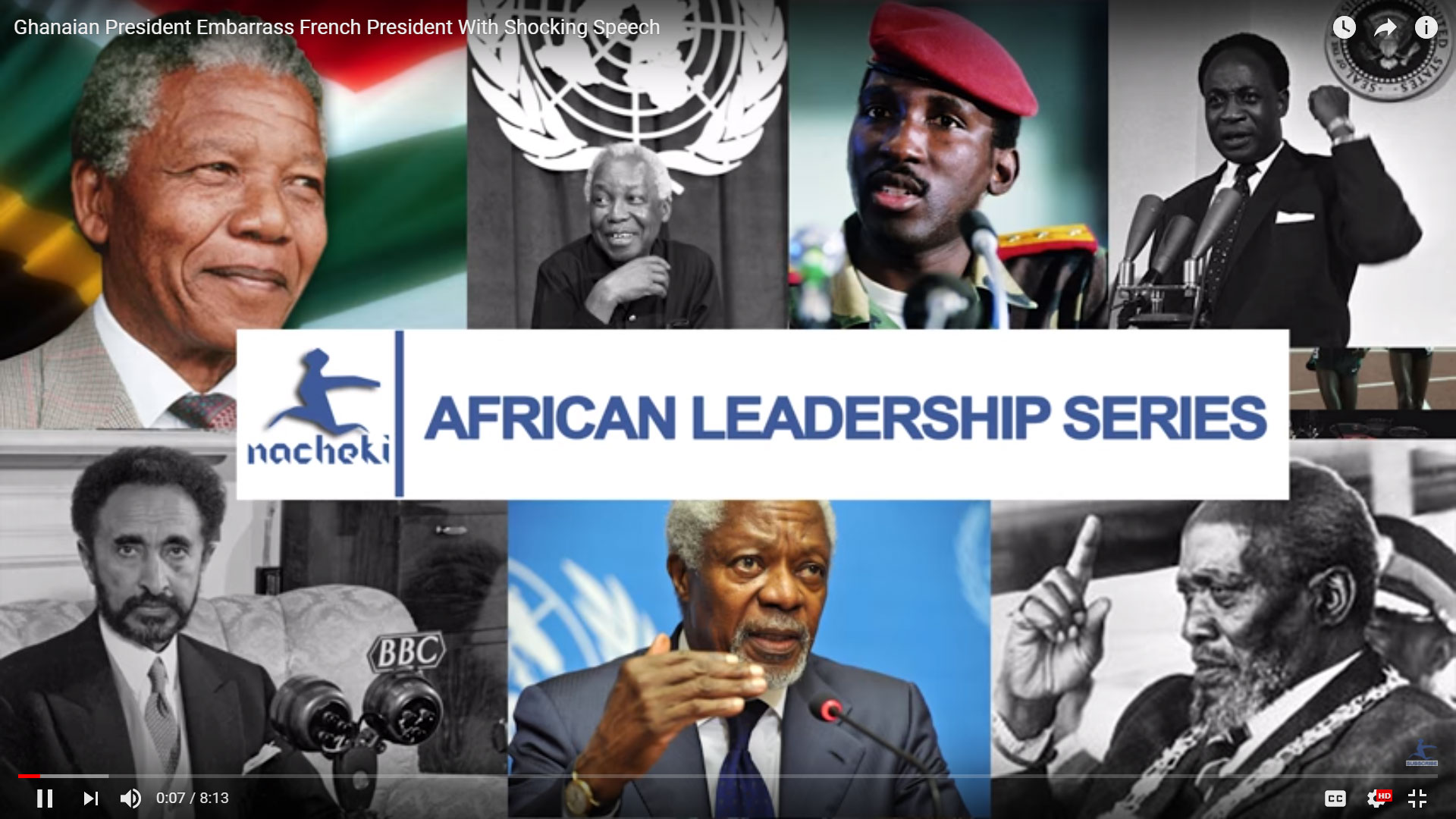 There is a struggle going on in many parts of the Western and Eastern world. In the East, Asian nations are grappling with North Korea’s nuclear saber-rattling. While China’s economic and political ascent has created an aura of nervous uncertainty about how China will wield its newly minted power and prestige.

In the West, there is a drastic shift towards tribal politics aka, populism. The object of nativist ire often, albeit not always, seems to be people of African descent. Everyone thinks it’s a new phenomenon. However, in the UK, it was piped into the political lexicon by Enoch Powell’s “Rivers of Blood Speech” on April 20th, 1968. Part of the inspiration for Powell’s speech came from a constituent who feared that blacks were going to have the whip hand over the white man in UK and he was arranging to remove his family so that he would not witness the day. The object of the sentiment was British immigration policy of the day. In the United States, the politics of division has culminated in race rallies, death, and a public vocalization of the attitude of millions towards Africa and it’s “S-hole” countries, by non-other than the number one citizen of America.

Asia was once the footstool of Western powers, whose citizens abused the region as they did the African continent. While French colonial activities everywhere were guided by government policy, in Britain there was no overt government-directed policy to subjugate peoples and their societies. In fact, the subjugation of peoples was not directed by a government at all. Rather it was Western citizens striving for economic gain, backed by the guns of their governments that drove the process. It was capitalism’s free enterprise activities by individuals like Livingston, Cecil Rhodes, Captain Morgan, the East India Company, Vasco Da Gama, Thomas Pitt, et al. The list of self-empowered private citizens and mercantile companies is too exhaustive to list. Point of fact is that colonization was mostly a private affair.

Asia’s struggle to emerge from Western subjugation and endemic poverty went into high gear after WWII. It has culminated in the resurgence of China, which is poised to become the most powerful economy on earth. China’s road back to prominence was paved with struggle. The Chinese fought against the Japanese during WWII and then evicted KMT during the civil war. In the Korean War, China used numbers— the sheer volume of people—to push back General Douglas MacArthur’s allied forces from the Chinese border with the Korean peninsula and force a standstill in the Korean conflict after liberating all of the present day North Korea. The path of Asia’s struggle has led to a revamped modus-operandi for national economic success in Asia.

That path brought about neo: Japan, Taiwan, Hong Kong, South Korea, Singapore, and China. Asians are prone to copying. Japan led the way but all others copied Japan and each other.

Frederick Douglass put it this way: “If there is no struggle, there is no progress.” George Bernard Shaw states, “Progress is impossible without change and those who cannot change their minds cannot change anything.” Ideas drive the locomotive of progress because without vision the people, invariably, will perish.

This brings us to African countries and the challenge of economic development and prosperity. It is incontrovertible that progress is derived from a struggle. Social and political change is as a result of a struggle that is sometimes violent and cataclysmic in nature. Likewise, economic emancipation for African countries will come about only through struggle. There is no gain without pain. The struggle for African countries is not against externalities, although there, inevitably, will be a component of it. The struggle is mostly internal. There are people who will lose their privileged gravy train and they will fight back. The same way as trying to eradicate corruption involves internal struggle. 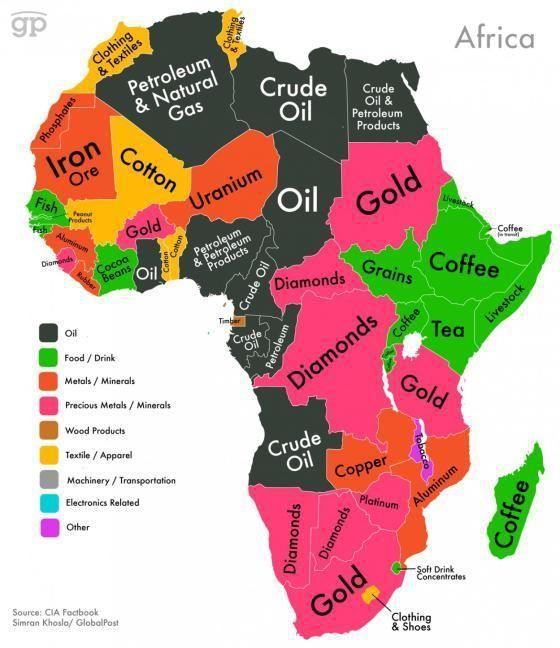 The challenge facing African countries is not difficult to diagnose. Ghana, sixty years after independence, still depends on external aid to fund part of its budget. It doesn’t require one, let alone, two Ph.D. in economics to diagnose that the challenge facing Ghana and other African countries is that they are not earning enough income both from domestic sources through proper administration of tax policy and from external sources through exports. It is not rocket science.

African countries are leery of taking on challenges. It is understandable. If an idea doesn’t work, it may lead to adverse consequences for the principals and government that pushed it. However, there is a state of affairs reached that provides both the rationale and justification for taking a course that is borne of inevitability. Like a “do-or-die” situation. Economic emancipation of African countries is that inevitability. African countries have to stand up and stand tall or they will inevitably fail. Why are European nations so reticent to release African countries from encumbrances through aid and the multilateral finance agencies? It is certainly not for the political support from the relationship. Rather it is for two reasons: 1. financial opportunity; and 2. what the Germans refer to as lebensraum. In the long view of things, the elites of land and resource-starved Europe perceive the continent of Africa as its backup plan. They have occupied the continent before and can do so again. As long as African countries fail to stand up on their own and become truly independent countries, their cultures and peoples are vulnerable to externalities.

Learning to export proficiently is the existential struggle of African countries because success in the .endeavor will emancipate the countries of the continent and enable Africa, collectively, to stand tall. Industrial and service exports are the economic engines needed for economic emancipation of African countries. African leaders must imperatively embrace it because the path to prosperity for their nations grinds through export proficiency. Leaders should know convincingly that it is a win-win. Industrial and service export creates jobs for the workforce and it doesn’t have to start big. South Korea’s economic miracle was built on 13 export products that were all labor intensive products. In fact for African countries labor-intensive export products is the way to go.
Every African country can experience export success.

The first major requirement for success is for the process to have support at the highest level of government. Society has to be re-engineered with an export-oriented focus. Two crucial innovations are required. The first is to create a permanent source of funding to promote and market the country’s exports. For the purpose, specific tax initiatives are required and should be instituted to fund the endeavor. For instance, South Korea taxed imports to fund export-oriented industrialization. African countries should adopt a similar measure including adding a levy on external travel to the equation. It should not be promulgated by fiat. Instead, the government should do it through a plebiscite. This is a process where the government can convince its citizens of the wisdom of its initiative and get their support or fail and abandon the process entirely. Because society cannot emerge from the struggle successfully without the support of the electorate and a plebiscite is the most direct way to garner the public’s buy-in. The second most important innovation is creating institutional structures to drive the process. In some countries, it is an Export Promotion Council. However, I like the umbrella of a trade monitoring organization like the Japan External Trade Organization (JETRO), which was how Japan started its export-oriented industrialization. The advantage of the umbrella organization is that it is empowered to groom companies and business organizations to spearhead an export drive. Countries can recruit entrepreneurs and business enterprises to embark on exporting even if they had not considered it as a line of business to enter into….to be continued