This article is a continuation of Re-Engineering Development in African Countries Part Thirteen.

The bane of economic development in Africa is a legacy, perhaps the most assiduous, of colonial rule. But it is not a scheme that colonialists cooked up and fed to their colonies. It was absorbed by socio-cultural osmosis. The advent of Europeans on the continent was a game-changing experience. It impacted the severity and duration of the Trans-Atlantic Slave Trade. It set the tone for colonial rule. It is a historical reality that before and during colonial rule Africans were mesmerized by colonialists; their cultural attributes and their privilege. Being mesmerized was encouraged and enforced by colonial cannons. How else could a few hundred thousand people rule hundreds of millions of people in Asia and tens of millions in the continent of Africa?

In Africa and the Middle-East, particularly, the struggle for independence was not to assume power in order to develop similar economic engines as the colonial home country. It was rather to inherit the attributes of the colonialists in their midst. It was to take over the government house; the chauffeur-driven cars, in short, the lifestyle of colonialists. It is what the animal-workers came to realize in George Orwells’ allegorical illustration of the communist revolution, Animal Farm. As Stalin proved in his brutal suppression of his own communist brothers, the goal of the pig-led animal revolution was not to create a better life for the animals, rather, to enable the leaders of the revolution to indulge in a perpetual “pig-out,” by usurping the privilege of their human rulers.

The first major mistake of African leaders was to accept development advice from colonialists without passing it through the sieve of their own economic necessities. One such idea is “Import-Substitution Industrialization” (ISI). Africans bought the story of replacing imported products with domestic production, hook. line, and sinker. They paid exorbitant prices for enterprises that colonial businesses wanted to dispose of because they had lost the covering of “big brother.” The same companies were tasked with executing ISI. Their colonialists termed it “Empire by other means.” Usually, when someone is selling under pressure it indicates a buyer’s market because the seller has to sell due to perceived or imagined negative connotation of independence creating an undesirable business risk. African governments should have walked away with home run steals. Instead Africans stole an opportunity to buy businesses from sellers who were desperate to dump them at bargain basement prices by gifting their sellers with handsome parachute-money prices that created generational wealth for the owners. To add icing to the debacle, they only acquired portions of the businesses. Why did this happen? It happened because the people who represented African states were in it for their own welfare, rather than that of their citizens. 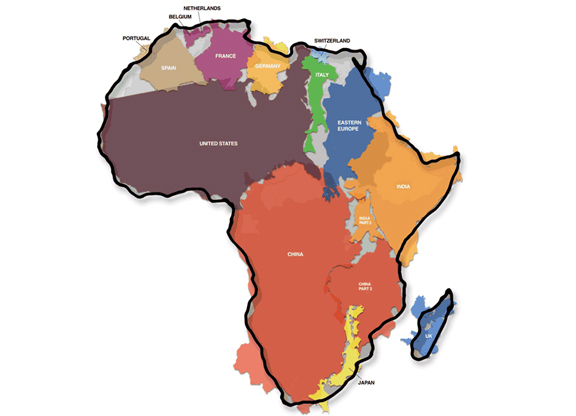 Import substitution, an off-shoot of the concept of empire by other means, created an umbilical cord tethered to the colonial businesses that supplied the raw materials for production. It is time that contemporaneous governments and leaders reassess the foundational economic development strategy of countries of the continent. The core imperative of development of African countries is to earn enough income to create the society of the future from the present.

Albert Einstein, the great physicist and philosopher is quoted as saying that “insanity is doing the same thing over and over and expecting a different result.” Profound in its simplicity isn’t it. Every human being on the face of the earth is a creature of habits. Successful people are able to discard negative habits and adopt positive ones. Habits are not things we own. They are things we adopt and much like we adopt them we can also “un-adopt” or discard them if they are not taking us in the direction we want to go. The same applies to economic development for countries and societies. If a particular strategy has not yielded the economic development results it promised, it makes absolutely no sense to continue to apply it. Nations, like people, can change direction.

Changing course means a re-education of society in order to maximize full-fledged buy-in from every sector. It also means reorienting society to a new social economic order. The order of creating a prosperous environment requires individual and collective responsibility for the welfare and endurance of social economic and political order. It means understanding the right and importance of one person one vote. Creating an ethos that promotes the willingness of every citizen to police their environment in order to contribute to ferreting out corrupt activity in society. See the example illustrated in a Facebook post by Zimbabwean businessman extraordinary, Mr. Strive Musiyiwa.

What do you do if you find out someone paid a bribe?

Soon they approached a big international competitor for exactly the same deal. It was announced with a lot of fanfare. I knew there was no way that deal could have been concluded without those bribes being paid. I put a team on it to collect evidence… It was a deep, deep dive! (I had all the information including the fancy corporate structures they had put in place to make it look legitimate.)

A few months later I went nuclear: There is a law in the United States called the Foreign Corrupt Practices Act (“FCPA”). If you mention that to the directors of any major global corporation, people will start shaking, if they have been misbehaving! (The United Kingdom has a similar law called the British Anti-Bribery Act.)

I wrote a letter to the US Justice Department and offered my evidence, including details about the demands for the bribes, dates, times, and records. They took quite a while to get back to me, and when they did it was a short letter simply thanking me for the report. Then one day a friend who worked for this big international company called: “All hell has broken loose here! The US ‘Feds’ have apparently opened a full investigation on that issue!”

. . .Next week I’ll share with you a few more highlights (and lowlights) on this matter. When it comes to stopping corruption: #Africa‘sFutureTurnsOnThis! 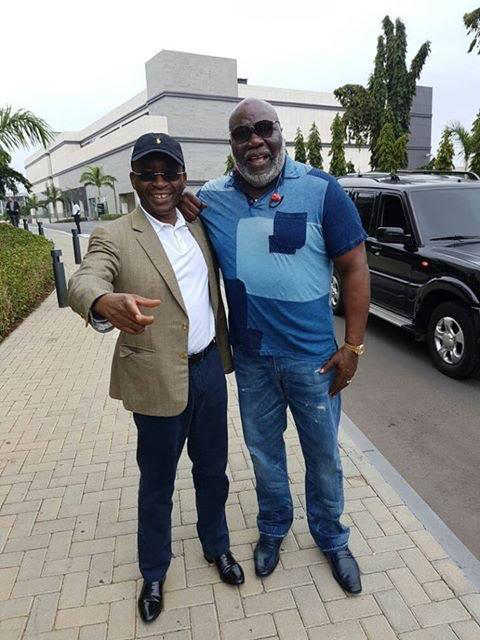 If you are a civil servant or minister and you are fond of asking for bribes, particularly from international companies, let me warn you that laws are really being tightened globally. You and the company paying you bribes can end up being picked up by Interpol next time you are traveling somewhere! It happened to someone I know.

I know a few guys in hiding who cannot step outside their countries anymore because they are under FCPA investigation. The days of Swiss bank accounts and lavish spending abroad are coming to a close. All it needs is some “lowly” civil servant to pass on some key documents and you are finished, my friend.

Nothing harms our countries more than this kind of high-level corruption. It’s not hard to do what I did. And let me tell you, people were very keen to pass on information to me. As a “whistleblower,” you will be protected if you approach such organizations, but you must have real evidence and not be trying to settle your own scores, otherwise you will be the one in trouble.

It is imperative that the monitor of society is a robust judiciary of motivated and empowered jurists, who will uphold and maintain the rule of law in society ensuring that the law is equally and evenly applied. It requires a well-trained civil service of patriots who can prosecute the needs of society and citizenry with dispatch and efficiency. A process that of necessity should be anchored by a business-class that is outward-looking and aggressively entrenched in a culture of selling goods and services to people in richer environments in order to develop an industrial enterprise base that is fundamentally export driven.

There is a vast body of work that explains how Britain, a small Island nation came to rule most of the world. Of how Japan, post WWII, evolved an export ethos, using a version of the public-private partnership that Europeans created in the mercantile era and employed to devastating effect on the rest of the world, to rebuild an economy that is the third most powerful in the world. Even though Japan is an island nation that has very few raw materials and has to import virtually all the petroleum products it consumes. Of how South Korea, a small peninsula nation that was sheared in half post-Korean War, built its economy on the backs of a business-class driven by Chaebols, who like their counterpart, the Japanese Sogo Shosha, drove an aggressive export-oriented economic development strategy that has led to the 15th most powerful economy in the world from a per-capita income of less than $120.00 per year in 1963 to more than $30,000.00 per year in 2017.

Every western conservative politician who has written off the continent of Africa and Africans has made a grave error and should reconsider their pessimism about a continent that encompasses the youngest population in the world and a significant proportion of the primary mineral reserves of the world. It is mostly led by the blind today, but miracles do happen and the blind can regain their sight. The blindness is most exemplified in the United States, the world’s premier free enterprise prophet-nation. The business community in the United States stands to benefit immensely from a proactive foreign policy environment that places the continent of African and people in a realistic context, rather than a negative pessimistic one. It will be apparent in fostering of trade, like the AGOA initiative. In the expansion of credit facilities through EXIM bank and OPIC with the blessing of a U.S. government infrastructure that embraces the quid-pro-quo of a mutually advantageous association. For African nations to emerge from the dark tunnel of poverty the adoption of a developmental ethos founded on free enterprise-driven regenerative economic construct is fundamental and crucial.

Economic development of African countries, to be regenerative, must rest on the shoulders and ingenuity of its people. It is African businesses powered by African people—not the government—that must drive the engine of enterprise and jobs creation. African countries need champion companies driven by patriotic entrepreneurs with the support of their governments. Champion companies like Samsung, Mitsubishi, Dangote Group, Econet Wireless, and some of the companies we have featured in Unleash Africa. Government’s that are motivated to change the trajectory of the lives of their people will find a way to create enabling environment for export-driven industrialization to emerge as the engine that will transform the continent of Africa from poverty to prosperity and from hopelessness to a rising tide of progress that lifts all boats.