This article is a continuation of Re-Engineering Development in African Countries Part Twelve.

Secretary-General of UNCTAD, Murkhisa Kituyi is a breadth of fresh air in the discourse of the affairs of African countries. He is “Howard Cosellian” in delivering truth, “telling it like it is.” There is a lot that is right about his perspective about the economic challenges and potential ameliorative actions. For instance, he states that African people should eschew pride in what they import and instead take pride in what they produce and sell to the world. To inspire Africans to create versions of Alibaba, he invited Jack Ma, the creator of the online trading juggernaut to share his wisdom with Africans.

As Secretary-General of UN Conference on Trade and Development (UNCTAD), he has the best vantage point from which to compare and contrast the activities and results of Africans and their counterparts in other parts of the world. Like when he said, rightly that in 2015, the continent of Africa attracted $80 billion dollars in FDI, while Southeast Asia gained more than $500 billion. The information is from reports that his organization commissions. An integral part of the raison d’être of the organization he leads. The only question is whether there is a huge line of African leaders waiting for a chance to hear his wisdom?

People who want to sweep their problems under the rug and purvey a patently false narrative of prosperity will not want to listen. They will take umbrage to the General speaking out in the corridors of Western power. Airing dirty “African laundry” in public. In reality, it is not radical to in the least bit to advocate that the “cover it up” attitude be damned! Because the attitude, in its enabling darkness through lack of transparency, has cost the continent millions of lives. Only light can overwhelm the darkness covering the continent. Secretary-General Kituyi is a bright shining light in the darkness.

Statistics don’t lie, although people can manipulate it to suit their peculiar ends. The reality of African countries is a deeply entrenched multi-generational poverty in a sea of great resources and unlimited potential. Global Finance Magazine’s list of the poorest countries in the world is dominated by African nations. To paraphrase Winston Churchill: “the truth is incontrovertible. Malice may attack it, ignorance may deride it, but in the end, there it is!” The truth about the state of the economic affairs of the countries of the continent is that all the positions in the top 10 poorest nations on earth are occupied by African states.

The fact that a few thousand persons, in a sea of impoverished millions of humanity, have engorged themselves on the people’s resources and parade themselves as “rich,” or that some businesses and their owners have gained immense wealth and success due to a flawed form of capitalism which is based on cronyism and corrupt access, does not create a report worthy of promoting or emulation. A continent which possesses the largest proportion of the world’s young population in a contiguous expanse of land, cannot afford to miss one year of progress towards realizing the greater aims of advancing the greater good of its people. Ignoring the inevitability of having hundreds of millions of unemployed and discouraged youth is to play “Russian Roulette” with the future of Africa, its nations, and peoples.

There is a direct correlation between cause and effect, in the actions of African leaders and the impoverished state of African countries. For instance, when leaders fail to eradicate corruption, they are undermining the rule of law and breaching the people’s trust and confidence in their government. Two sides of an indispensable currency when seeking to marshal a nation’s human resources behind government’s initiatives. When people perceive that corruption is not punishable, they are incentivized to engage in and condone corrupt activity. In fact, as has been proven throughout Africa, when a government and social infrastructure is perceived as corrupt, people are unable to develop confidence in the pronouncements and actions of their government, undermining all the functions of its officials, both good and bad.

Angola is one of the poorest countries in the world. According to the IMF, per capita GDP of Angola is 3,500 dollars (US) which translates to about 95 cents per day for the average person. Meanwhile, the most fashionable activity of Angolan public officials and leadership is buying properties and businesses in Portugal. While Angolan poor, like the ones in figure 1 live in squalor, their leaders are hauling away the wealth of their vast poor, to Portugal to collateralize Portuguese financial institutions, buy real estate that boosts the real estate market in Lisbon and elsewhere, and invest in businesses that create jobs for Portugal and Portuguese people. It is a classic case of “fiddling while Rome burns.” The stuff is stranger than fiction. It is so bizarre; one cannot make it up, even if one tried.

In Nigeria, successive Petroleum Ministers have not just taken kickbacks, they have helped themselves to the whole “enchilada,” stealing vast sums of money due to the country to the tune of multi-billion dollars. Point of fact in Nigeria is that you cannot pick on anyone minister or agency or business. The entire social-political-economic edifice is perched on a two-legged stool of corruption and avarice a` la Caligula’s Rome.

Since independence in 1960, successive governments have plundered the people’s resources and left their country poorer in real terms. Gross corruption of the first republic under Tafawa Balewa was the instigator of the 1966 coup d’état that precipitated the mid-1960s civil war. During which it was reported, albeit, unsubstantiated that hundreds of thousands, perhaps, millions, perished.

Boko Haram, insurgents in the South, are a direct attribution of cause and effect of the actions of Nigeria’s leaders since independence. Boko Haram has claimed thousands of lives, maimed thousands more, and rendered whole portions of Northeastern Nigeria ungovernable. In the southeast, pirates have made it virtually impossible for Nigeria’s crude oil to reach markets intact. Gross lawlessness pervades the fabric of life of Nigeria and its people, more than 60% of whom subsist on less than 70 cents per day. In the tale of which came first, “the chicken or the egg,” in Nigeria’s social-economic-political narrative, the selfish action of leaders since independence pre-dates Boko Haram and piracy. Truth be told, it gave rise to it.

It is safe to say that if the vast sums; stolen from Nigeria’s treasury by its leaders, wasted on projects designed for receiving kickbacks, mismanaged and misappropriated since independence, had been invested wisely the effects of the vagaries of global market price of crude oil would be mitigated and less harsh on the people most vulnerable. Nigeria would be a top 25 nation by GDP and per-capita GDP in the world. Most important, millions of unnecessary deaths due to the causal effects of poverty would have been avoided. Political mismanagement costs people their lives, plain and simple.

A minister of Nigeria was quoted recently as saying that corruption in Nigeria is old news. It would be laughable if the situation was not blighting on the lives of tens of millions of Nigerians. Nonetheless, the comment reposes great comedic value. 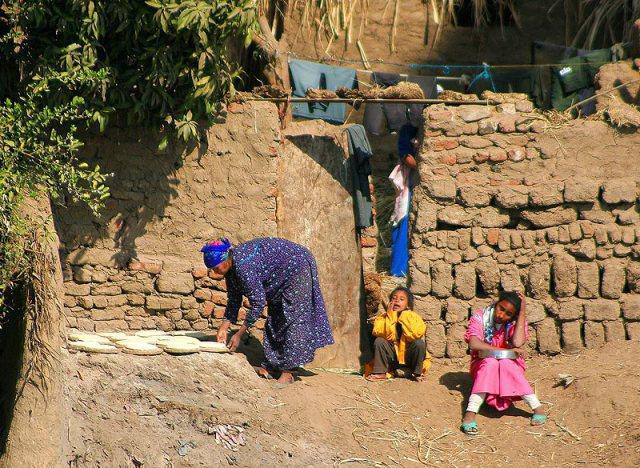 Most African countries are led by people who, in strategic terms, have no idea where they want to take their country and people. Other than striving to become the head of government, they have no innate passion and desire for changing the lives of their citizenry and improving the collective standing of their people. That is why problems facing countries have dragged on for decades. Exhibit “A” is Infrastructure and within that, you have power generation. Power generation was a problem for most countries from independence and remains intractable decades later. It is safe to predict that without a drastic change in the mindset and inclination of African leaders, it will remain a problem for decades into the 21st century. How does a country fail to address an open sore for decades? The answer is simple: by having leaders who may have unimpeachable political skills but are not up to the task of leading a nation with vision and purpose.

“We were not parasites dependent only on our neighbors. We were linking ourselves to the industrial countries, making ourselves useful to them, manufacturing their products with their technology, exporting them worldwide. We had changed the survival equation.” The late Lee Kuan Yew, Founding Prime-Minister of Singapore, had a plan, selected the best people to execute it and led Singapore from Third World to First in one generation.

Deng Xiaoping said, “it doesn’t matter if the Cat is white or black as long as it catches mice.” His plan for China transformed the impoverished people of China into economic mega-stars of the 21st century, also, in one generation. In the process, he unveiled a never-before-tried “Capitalist Command Economic System,” an economic experiment in which communists are managing a pseudo-free enterprise capitalist economy, into the most successful economic transformation of a nation in recent history.

Park Chung Hee set out to build in South Korea, a nation that could feed its people and defend itself. In the process, he transformed South Korea from one of the poorest countries in the world to a two-trillion dollar, top-15 economy in the world, also, in one generation.

These examples are countries that were as poor or poorer than most independent African nations in 1963. The difference in their narratives lies in the power of leadership to transform a people and nation. African leaders have perfected the art of extending the begging bowl to the nations of the world for any and every situation. Budget shortfalls, financial crisis, natural disasters, etc., are all occasions that have been transformed into platforms for solicitation of financial assistance from the global community of nations. It is exactly the opposite of how the Asians have risen to success. They have done it by deliberately eschewing the begging bowl and instead seeking a partnership of equals which requires that each side meet their commitments regardless of difficulties and impediments.

General Kituyi states that African countries should raise money first from within their borders before trying to seek money outside their borders. That is putting your money where your mouth is. If Africans are rushing to take money out of their economies, why should anyone bring their money in??? …to be continued in the October Issue of “Unleash Africa.”