This article is a continuation of Re-Engineering Development in African Countries Part Eleven.

Because countries don’t own their private sector, it is an uphill task to craft policies that businesses can buy into. It is a core challenge among the myriad of other challenges facing decision makers. For instance, a foreign-own business comes into a country for a specific purpose and reason. The modus operandi of any business is to execute its business model, while simultaneously allowing for strategic adaptation. It requires businesses to subordinate their operations to the business model or risk peril. The business model of foreign-owned businesses operating in any country, not just in African countries, does not provide much room for whole modification. Businesses that owe a large share of its capital to foreign investors are especially constrained from deviating willy-nilly from the plan that gave rise to the enterprise in the first place. Such luxuries are borne of wholesale transitions due to convulsive imperatives that has imperiled and marginalized the original business plan of the organization.

If you couple the challenge of getting business buy-in with inept advocating on behalf of policy by governments, the result is a “devil’s brew” of cacophonous discordance in the execution of policy. On one hand you have “business” that is very skeptical of anything that is outside the purview of its model. On the other, you have “government” that doesn’t understand that the DNA of a business is, by necessity, activity-specific and its sole purpose of being is to generate profits. Failing to generate profits from its specific activity is cause for mortality. It is incredulous that African governments, after decades of dealing with business organizations, continue to confuse the purpose of business with that of an NGO. It is akin to a manager of a business that is unable to maximize the talents of the employees of the organization. Businesses organizations in a country, as domiciled in the country, are also part of the talent-mix of the country. Not unlike the citizens, educational institutions, natural resource endowments, etc. Simply put, it is the job of governments to maximize the contribution of businesses in the country to the success of the country.

The state of African countries today does not require fire-breathing dragon-revolutionaries. It requires statesmen and women who can reason with the Princes of finance and commerce in the world, including in their own countries and other African countries. President Mugabe succeeded in alienating Western nations while pursuing economic policies that virtually every Western nation would have understood and supported had he invested as much time on polishing and delivering the message as he did on acerbic rhetoric.  It would have been unpalatable under most, and perhaps, any, circumstance but supplying a narrative of the long-suffering of his people to wash it down, Western powers would have swallowed hard but went along. Due to the overriding principles of Judeo-Christian ethic of the West, upon which Western understanding of justice, fairness, and probity are based. 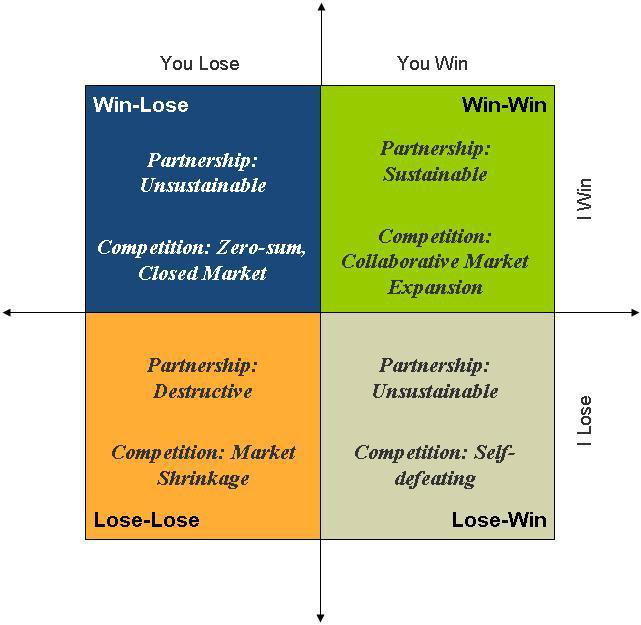 It has and will always sway the hearts of Western people and leaders if the messenger is skilled and wise in its delivery. The case of Zimbabwe’s land reform policy may have taken years to traverse the court of public opinion in the nations of the stakeholders but in the end, the cause of Zimbabweans would have prevailed because “right is might” and light overwhelms darkness.

There is a vivid case playing out right now between the government of Tanzania and foreign mining companies who are operating various mines. The government is seeking to change the rules of the game in midstream. The main reason for the change is that Tanzania needs to earn more income from its mineral resources. While the goal is admirable, the means it is employing to achieve it, in so far as it’s mining agreements are concerned is ham-fisted and uncouth. Current leaders of Tanzania must factor in the truism that companies do not, on their own volition, invite themselves to any country. They approach the local authorities who have the right to receive or reject their overtures. If the company’s overture is accepted, however, the relationship between country and business, metamorphoses into a relationship that is based on a covenant—a contract or, if you like, a “Will.” Such covenants are not to be susceptible to unilateral change or abrogation unless one party breaks it. In that case, the injured party has recourse to the courts. That is where the impasse in Tanzania is headed unless reason prevails. On the company’s part, only illegal activities such as suborning bribery and operating outside the purview of the agreement can abrogate it.

If a preceding administration betrayed its people and entered into an unfavorable agreement, unless it can be proven that the betrayal was as a result of financial inducements paid by the company, the government of the day has no grounds to revise it without the full and willful consent of the company. This is the essence of legally binding covenants, they are binding! The short-term euphoria of throwing out a company pales in comparison to the “economic hell” that sanctions and accompanying economic pressure will visit on the country and its people.

That Tanzania’s leaders want to expand revenues from mining activity is not tantamount to duplicity. It is a worthy ambition for the leaders of one of the bottom ten poorest nations in the world. However, by resorting to arm-twisting techniques and a threat of expropriation, Tanzania is projecting itself as a covenant-breaking nation that lacks governing principles compatible with the global marketplace of business and commerce. The country risks attaining the label of a pariah state whose citizens will suffer the consequences of ostracizing due to actions that injured companies will compel their governments to take against a country that has wronged them. Not only that, it will set back the attitudes and perception of the continent, especially sub-Saharan Africa, as a reasonable field for companies to ply their trade. More than all else, the perception will be catastrophic for development and economic growth of Tanzania and the region. 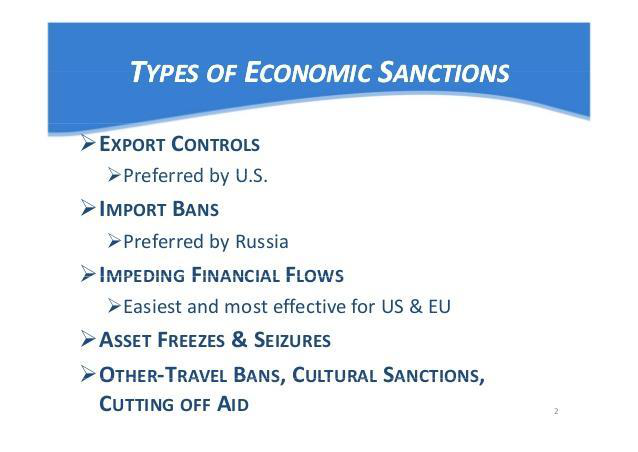 There is another way. It is the way of accommodative reasoning. In the environment of accommodative reasoning, the only tool is to create a win-win. The companies want to continue to operate in Tanzania and Tanzania wants to continue to receive revenues as a result of their activities. Tanzania may not get anything in the way of modifying existing contracts but it will gain immense unquantifiable goodwill from the companies. With such goodwill, it can invite the companies to be a partner in its development and to share the opportunity of its success with the country. Not with a begging bowl in hand but with win-win propositions that recognize that the companies have a right to enjoy a peaceable operating environment. 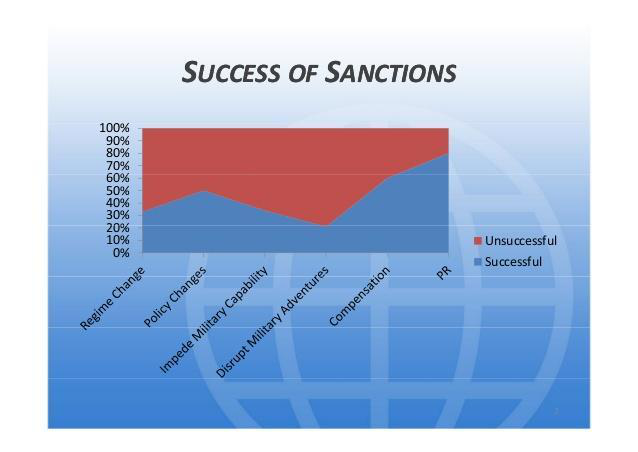 In turn, the companies will become a mouthpiece for Tanzania in their home countries and operating environments. Directly or indirectly, they will help to attract unrelated business to locate facilities in the country because they have and tell a feel-good story. Multi-billion dollar companies have resources beyond their employees and technology or goods they sell. They have networks of competing and non-competing associates with whom they liaise. That network is more valuable than squeezing additional concessions from a company that gives in to the pressure but that feels wronged and is seething with grievance waiting for an opportunity to exact vengeance.

In Zimbabwe, President Mugabe implemented land reform which was sorely needed. A few people controlling the bulk of the land in a country is a cauldron of anarchy that will in the fullness of time consume society if allowed to boil over. Land reform was the thing to do. General Douglas MacArthur implemented land reform in Japan. South Korea under Park Chung Hee did as well. Land reform, in the right hands and under wise leadership is sometimes a necessary evil used to redress blatant economic inequalities of a nation. In the hands of a butcher, it will explode like an atomic device because, in economic terms, it is.

None of the preceding minimizes the real grievance of the people of Zimbabwe under the terrible regime of Ian Smith’s Rhodesia or of the “rage” of the freedom fighters that Mugabe led in the fight that gained independence for Zimbabwe. The difference is starker when one juxtaposes Nelson Mandela’s South Africa with Mugabe’s Zimbabwe. Which would you rather have or better yet, where would you rather live? 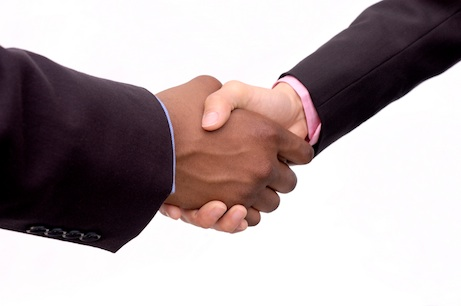 In order to execute a potentially dangerous policy like land reform, all the stakeholders must be at the table and a mutually beneficial arrangement hammered out. Rhodesian whites had dual nationalities; the nation of origin of the forebears and their adopted nation, Zimbabwe. When they found themselves on the short end of land reform, they cried to the nations of their ancestry for redress. The result was Western economic sanctions that crippled the country. The lesson to draw from the experience of Zimbabwe is that nations must bring all the stakeholders into a cohesive whole before implementing game-changing policies that have the potential of vast adverse consequences if not managed properly. The mandate for leaders, therefore, is to ensure total and complete buy-in of all domestic and international stakeholders in order to achieve the desired result of socio-economic policies. Navigating the process requires the skill of statesmen and women.