This article is a continuation of Re-Engineering Development in African Countries Part Six.

Truth #11
“Everything you possess of skill, and wealth, and handicraft, wasn’t it first merely a thought and a quest?” ― Jalaluddin Rumi

Ideas have led to every material human endeavor and creation. In the entire catalog of human existence, each discovery and invention originated from an idea. Think about that for a moment. Everything we see outside of nature came about because someone, somebody, had an idea, coupled with foresight and the tenacity to see it through. Backing all ideas is an unseen, unquantifiable force of faith. The faith that often-resulted in actualizing of the idea over time.

Good ideas solve society’s problems. Create conditions that the society desires and provides a map to the future. The primary question of this discussion is how well are Africans making use of ideas? The results are fairly well documented. In the high rate of poverty and dysfunction that is evidenced in every country of the continent. The secondary question is why are Africans not particularly successful in generating and implementing transformative socio-political and economic ideas. 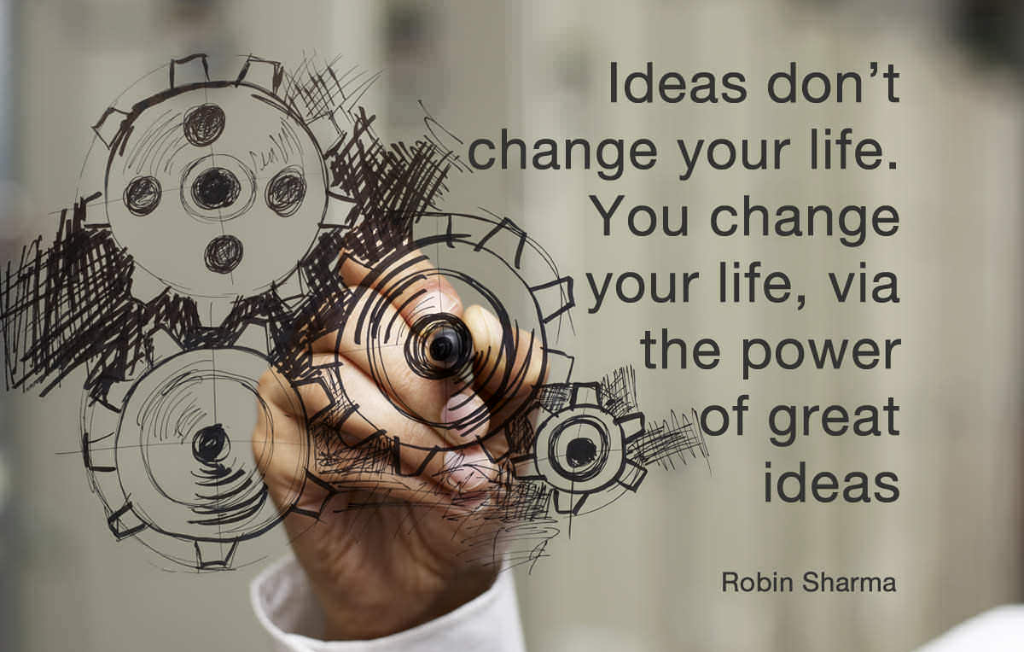 As a nation, the United States of America is the largest ideas factory that the world has ever known. The ideas that created industrial and commercial America continues to reshape and transform the world. However, it is fair to say that without capital inflows from Europe, to a very significant extent, none of what has been evidenced would have happened. America was virgin territory that required everything; transportation, food supply, power, clothing, medicine, furniture, etc. No creature comforts or systems that support modern civilization were available when the first people arrived in America. Everything was created on the fly. Necessity was the mother of America’s ingenuity and inventions.

Necessity was the fuel that propelled Thomas Edison, inventor of incandescent light, the telegraph, and more than one thousand other original inventions. Some of the companies that were created from his inventions are still around today, albeit in a new incarnation of their original. How about John Davidson (J.D.) Rockefeller, the father of modern oil exploration and refining through Standard Oil Trust. Considering that Exxon, Mobil, Amoco, and Chevron grew to become some of the world’s largest business organizations, it is incredulous that the companies and more than 30 others were spun off Rockefeller’s Standard Trust when it was broken up by the U.S. Government.

British and French Empires were ideas carried out by its citizens under the guidance of the reigning monarchs of the day. European explorers were executing ideas that they originated or were directed to execute and their work is the canvas comprised of the modern world. Without Christopher Columbus, the story of the Americas takes on a different unknown narrative. Without the British East India Company, India as we know it does not exist. The examples of developments in world history are manifestations of ideational inspiration that would not have occurred had someone not had a thought that led to the events. 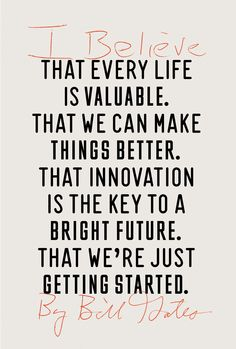 Japanese business and political leaders had an idea that they could sell goods in the West and earn the money to rebuild their society. Subsequent Asian nations thought that if the Japanese can do it they had a chance. They designed a similar path to economic development and built the most far-reaching economic transformation since the United States of America.

An idea, well developed and implemented created the Atomic Age. But it was built on Einstein’s general theory of relativity which was itself inspired by Sir Isaac Newton’s universal law of gravity and Newton’s law of motion. Truth evolves more truth and light creates ever higher levels of illumination. IBM created the mainframe and desktop computer. Bill Gates created a way for ordinary people to use it. His vision of a desktop in every home/business came to fruition because of Windows. And Windows software has led to the explosion of other tangential (software) applications that, inadvertently, has also spurned our present app-driven social media universe.

In the same way that light leads to ever-increasing illumination, darkness leads to more darkness. For our purposes, darkness is the absence of light. Evil deeds are prevalent in the absence of light whereas good deeds or put another way, righteousness or acts of “right doing” is celebrated by the light it conveys. One of the most impactful ways that light benefits society is in the social arrangement or contract with the people. Leaders that allow themselves to be held accountable are light bearers. A society in which the people take responsibility for holding leaders accountable is enlightened. In African countries, this process is yet to become culturized. Thus, African societies are unable to take the fullest advantage of the power of ideas. Because good ideas that benefit society, whether it is in a business, social or political arena, by their very essence, are conveyors of light.

African countries can gain the power of ideas by questioning everything they are doing. Openly and without regard to rank or position. The lives of citizens depend on it. There are many examples in human history when the greatest contributions have come from the least in society. For example, Islambard Kingdom Brunel, a man of humble beginning, became one of history’s greatest engineers. Based on the educational standard of his day, Henry Ford was unread and unlearned. It did not stop him from creating the first assembly line to manufacture automobiles and any product in the world. His company, Ford Motor Company, is a legacy of his mechanical genius, business foresight, and vision. After touring Ford’s integrated automobile manufacturing facility at River Rouge, then-president of South Korea, Park Chung Hee, upon his return, said the plant produced more electricity than his entire nation of South Korea. The revelation was an underlying motivation in the expansion of power generating capacity of the country that, in due course, extirpated post-Korean War power shortages.

Andrew Carnegie’s family emigrated to the United States from Scotland after the emergence of industrial linen production precipitated the natural death of the family’s weaving trade. From this start, Carnegie rose to the pinnacle of global steel production and is arguably the greatest Steel man in history. Carnegie steel in its heyday produced more steel than the combined production of all the steel producers in Great Britain, where the Bessemer Steel process was borne. But perhaps the greatest rags-to-business-riches story belongs to J.D. Rockefeller. Rockefeller overcame a very humble background to build one of history’s greatest business and in the process, became the richest individual in the world. There are many similar examples too numerous to enumerate here but the purpose is clear that ideas are not a respecter of persons, class, or race.

There are many reasons why America has eclipsed former European Empires in its development. However, one has primacy over the others. America is a freer society. It’s much easier for a Henry Ford to emerge in America than in European societies. It means that ideas have a better chance of gaining acceptance in America than in European societies. As recently as 2016, in France, which claims to be one of the most enlightened nations of Europe, people are still derisively referring to black athletes of opposing soccer teams as Monkeys. It is racism borne of a culture of classicism and privilege. The nature of American society, albeit not a perfect one, tends towards classlessness, transparency, and unhindered search for the next great idea. Witness a situation where Barack Obama became president in a nation where an overwhelming number of people are of a different race but who voted him into office to lead them. On the opposite side of the spectrum are European nations which due to their nature of stratification and privilege have fallen behind not only America but also emerging parts of

How does this relate to the power of ideas you ask? Well, in a myriad of ways. African countries learned their attitude towards organizing society from Europeans and with that came the concept of stratification and classicism. Like their European teachers, African societies have mastered the art of stifling ideas by clinging to antiquated economic development, cultural mores and processes that have succored an entrenched class to the detriment of the vast majority of their citizens and people. 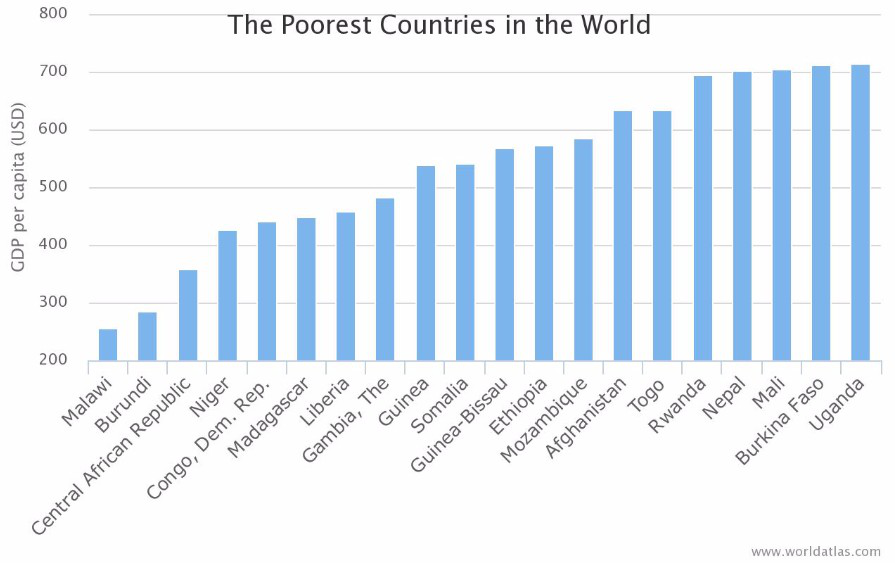 In that regard, the development lineage of newly industrialized societies and nations is very instructive. The lineage of the poorest nations in the world are tethered to European colonial and post-colonial development models. While the development lineage of the most successful newly industrialized nations are tied to the United States. The only two nations that are outliers in the comparison are Hong Kong with its ties to Great Britain and the Philippines’ ties to the United States of America. The question then is why have European colonial governments created more poverty than prosperity? The answer lies in the transfer of existing culturally poor conditions for ideational aeration in European societies to mentee nations. Without vision the people perish and a core element of vision is ideation. For African nations to prosper, the right ideas have to be brought to bear on socio-cultural impediments in order for countries to make progress. However, the driving force must be leaders who possess ample intestinal fortitude and who are determined to seek ideas from any source regardless of race, rank or class. Because the right ideas will unleash the human resource capacity and power of African nations and people.