This wide-ranging analysis about re-engineering development in African countries is not for the faint of heart. It is not for those who would rather gloss over the challenges facing African countries and indulge in delusional fantasies about African “riches.” For those people, now would be the time to opt out of this discussion. In my book, “Unleashed: A New Paradigm of African Trade with the World,” I have outlined the metamorphosis of China from a very backward, self-destructive state of “warlordism” in the pre-19th century era; to one of the poorest nations in the world in the post-WWII era under the disastrous economic development policies of Chairman Mao’s communist government (1950s to his death in 1976); to the economic reform agenda of Deng Xiaoping driven by Zhou Enlai’s “Four Modernizations” (from December 1978) [1]; to the most dynamic economic performer in the world since the 1990s and arguably owner of the most transformative economic narrative in world history.

China has nearly 4 trillion dollars in its foreign exchange reserve account. It is an unprecedented of hoard of financial abundance in the annals of economic history of nations. The next country, Japan, has 1.3 trillion dollars, less than half that amount. The United States has 145 billion dollars. No other country has more than 1 trillion dollars. To put it in proper perspective, the entire European Union (all the countries combined) has 900 billion dollars.[2] All of this happened because the Chinese re-engineered themselves. They have done it four times in their history. It is relevant to review some of the re-engineerings the Chinese have undergone.

The defeat at the hands of the British in the opium wars and oppression of the Chinese using unequal treaties caused great turmoil in Chinese society and precipitated the fall of the Qing Dynasty in 1911. It ushered in quasi-republicanism under Dr. Sun Yat-Sen’s Kuomintang Party. Sun Yat-sen was unable to unite Chinese factions and gave way to General Chaing Kai-shek. Under him, the Kuomintang was renowned for rampant corruption among its leaders. The Americans referred to him derisively as “General cash-my-check.” The Kuomintang was unable or failed to overcome corruption or reform China. The grave suffering of Chinese peasants led to civil war between the Kuomintang on one side and the communists on the other. After a brief interlude of cooperation against the Japanese invasion of Manchuria in the lead up to and during WWII, both sides resumed hostilities at the end of the war. The Kuomintang were defeated by the Chinese communists under Chairman Mao and fled to then-Formosa, aka, Taiwan.

Although they were successful in the civil war, the communists under Mao, could not create prosperity for China. After his death, China, under Deng Xiaoping’s direction, abandoned communist economic theory and gradually embraced pragmatic capitalist principles. In my book, “Unleashed: A New Paradigm of African Trade with the World,” I have referred to the transition from communist economic theory to capitalism as a “Capitalist Command Economic System.” This system in which communists are managing the political affairs using communism’s command system on one hand and economic affairs using capitalist principles on the other has never been attempted before in human history! It is such a radical departure from the normal communist ideology that before the Chinese tried it, no one had even considered it as an option for communist societies. The Chinese devised it through the process of re-engineering their society. They (the Chinese) did not create any new ideologies. In fact, more than thirty years after they started, they have not defined the system or how they came about it. That is because there is nothing original in what they did! Capitalism is not new but marrying it to communism is new. The evolution of China’s economic experiment was born of trial and error through sequential pragmatic creativity. 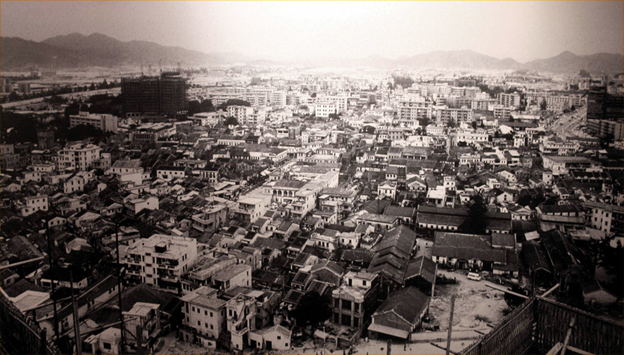 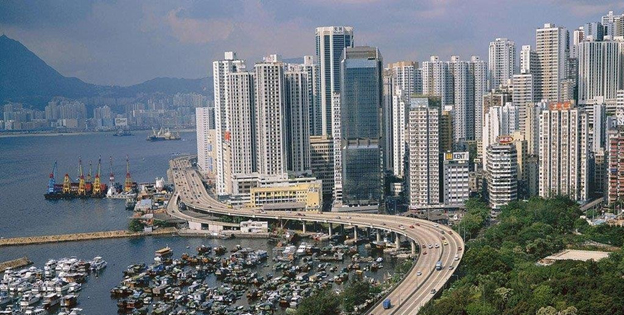 As was stated at the onset, this discussion attempts to analyze the trajectory of economic performance of African countries by juxtaposing it with other countries that have successfully traversed the road from poverty to prosperity. The transition of such countries can benefit African countries, without exception, who are seeking a similar path. Deng Xiaoping took over the leadership of China in December 1978. In 1980, GDP of China was 202 billion dollars. It is now 11 trillion dollars. Per capita GDP was 205 dollars in 1980 [1]; it is now almost 14,000 dollars (CIA Factbook 2015 est [2]) which is a remarkable transformation for a country of 1.3 billion people. It means the economic success of China has elevated hundreds of millions of its citizens from poverty. 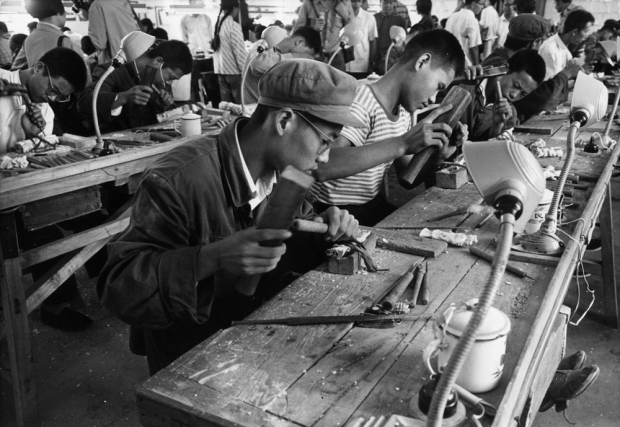 In 1980, China’s export volume was 46 billion dollars.[3] In 2014, it was 2.2 trillion dollars.[4] The achievement reflected in the numbers did not start in the 1800s. On the contrary, it started after December 1978 with the inspirational leadership and direction of ONE MAN, the late political maestro of China, Mr. Deng Xiaoping. From 1979 to 2014 is a grand total of 35 years! The apologists for African countries should put the information in their pipe and draw on that reality for a moment. China has transformed itself from a poverty-stricken, sick-man-of-Asia narrative to one of the wealthiest nations in the world in 3.5 decades or thirty-five years. Many African countries have been independent for more than 40 years.

Vietnam, a Rising Tiger, Started in 1995

By the way, China is only one example of countries that have successfully re-engineered their society. Taiwan, where General Chiang Kai-shek relocated after the defeat by the communists, successfully re-engineered itself because the Kuomintang learned from their failure to provide good leadership and subsequent repudiation by Chinese peasants (who made their feelings known by joining a then-rag-tag, close-to-defeat, communist army, by the tens of millions) in the civil war with the communists in China. South Korea and Singapore underwent re-engineering and emerged as two of the most successful economies in the world.

The latest re-engineering is taking place in Vietnam and they are already making great strides. Vietnam is rapidly growing as a source of export products to African countries. This is remarkable considering that Vietnam’s post-war economic development did not start until normalization of relations with the United States in 1995. Their leaders are re-engineering the country using the same principles and economic strategy, export-oriented industrialization, as all the Tiger economies and China. Vietnam’s export to the African region has been growing under a deliberate policy to sell Vietnam’s goods to African countries. “‘Viet Nam’s exports to the market will exceed $3 billion by the end of this year, a yearly rise of 80 per cent,’ said Ly Quoc Hung, head of the Ministry of Industry and Trade’s Africa-Western Asia-South Asia Department.”[5]

In Africa, Only Rwanda has Re-Engineered Itself

As for re-engineering of African countries, there is not much of a record to speak of. Certainly not with the level of deliberateness and determination that has attended Asian efforts. The Asians have gone after it with gusto and the attitude that failure is not an option. Asian re-engineering has been open, clear and without equivocation. Japan has done it. China and the original Asian Tigers have done it. Now Vietnam is following the same script and making strides. What have African countries done you ask? In the area of re-engineering their societies, the answer is; not much. Only Rwanda can actually claim to have re-engineered its society. And they have done a remarkable job under their leader, Paul Kagame. In fact, if you had many Paul Kagames, the continent will undergo the sort of revolutionary change Asia has experienced. This is because he gets it. He understands the obligation of leadership. The leader of a nation should make a difference in the narrative of their nation and in the lives of the people by solving problems. Rwanda’s open border policy is one of many examples of how he has taken action to make a difference in the lives of the people and in the narrative of Rwanda.

Whether you are analyzing the Sub-Saharan region or the continent, there are two distinct narratives on African countries. Each is instructive for everyone of African and non-African descent who is genuinely keen about the welfare of the continent. An individual’s inclination to either of the narratives is determinative of whether one believes African leaders need to do better or whether all is well and one should let “sleeping dogs continue in their slumber.” It is also instructive for those who think North Africa is not part of Africa because they are better managed and more advanced countries. The recent history of political dysfunction in Libya, Tunisia, Egypt and (even) Morocco has put sunset on that line of reasoning. It is not an overstatement to say that one can paint the entire continent with the same brush when it comes to governance and economic challenges. No country or region in Africa is entirely exempt. To be continued in part 2