To Rebuild Nigeria Start by Establishing Accountability in Society

In Nigeria, the good men and women have done very little for 60 years! However, with the election of a “good man,” Nigerians have signaled that they want their country back. They want to chart a moral and rational course for the future. They want true prosperity, not the ostentatious flaunting of ill-gotten wealth. Nigeria is a rare example where most wealthy indigenous citizens have not become wealthy as a result of creating great enterprises or discovering a rare product or agent. Instead they have become wealthy by mastering the art of stealing from the people’s treasury and flaunting the stolen wealth without fear of judicial retribution. The election of Mr. Buhari bodes well for the country but more than the country, for all of Sub-Saharan Africa in particular and the continent in general. A successful Nigeria has the potential to make that much impact.

Nigeria has great potential. Nigeria has the capacity to evolve a $3 trillion dollar economy in the next 20 years. The challenge is not in the potential. It is in the reality of today’s Nigeria which, to put it mildly, is in a very bad mess. There is no diplomatic-speak for the state of Nigeria that can camouflage the ugliness of the decrepit moral and social infrastructure. It is a country where billions of dollars can disappear without accountability while more than half of the country’s citizen live on less than 70c (U.S cents) per day without benefit of electrical power, pipe borne water or access to decent healthcare facilities. Since independence, a series of actors have hijacked the potential of the country and traded it for personal gain. Leaving tens of millions of people exposed to the insidious rain of poverty without an umbrella.

The edifice called Nigeria is crumbling. Arresting the decay is a serious socio-economic challenge facing the Mr. Buhari’s government. It is not a mere battle. It is a war for the future of the country because failing to correct and restore the crumbling edifice will inevitably precipitate catastrophic and cataclysmic disintegration, which has already started. There is no way to predict the ramification of such occurrence. Will it be peaceful? Will it devolve into a major North-South conflict and civil war? There is untold number of variables. None are predictable or predictive of good, and all are damning for the future and welfare of the country’s almost 180 million people. The time for the right action is long past due and time is not a friend.

A country void of accountability and due process

Nigerians don’t know what they don’t know and are too proud to ask. The the long road to respectability–which lays unencumbered before the leaders of the country–must be paved with a humble heart and spirit. The first step in arresting the decay is to introduce unwavering accountability into the affairs of the country. Starting from the public sector but also confronting the greater cultural mindset that is permissive of accumulating wealth by fraudulent, any means necessary, process. In the public sector, a situation in which successive generations of public servants have become multimillionaires and billionaires as a result of self-enrichment through graft and corrupt enterprising is untenable. The statement is neither unique nor exclusive to Nigeria. It would be untenable for any society that expects to prosper and live in peaceful harmony. In the case of Nigeria, it has gone on for decades since the country became independent. The seeds of a corrupt culture was sown prior to independence by British colonial authority that used a system of patronage (favoritism) and inducements (bribes) to divide and conquer, pitting north against the south and Emirs versus Emirs in the north. In the south, the strategy pitted region against region and local Chiefs and Kings against each other. After independence the concept of “our time to chop” made its debut in a fragile political environment heavily laden with seeds of distrust.

The justice system is a shambolic construct that is rotten at the core. An entrenched pay-for-play judiciary exacerbates a social environment that is cancerous to due process. A blithe on the record of the judiciary system, among tens of thousands of systematic undermining of due process through pay-to-play justice, happened a few years ago. A former governor attempted to bribe a sitting government official, who was consigned with the responsibility of ferreting out corruption with $15 million dollars in cash delivered in burlap bags. Never mind asking how he came about the funds, the act was a bold exemplification of the evil that has gripped Nigeria and Nigerians. The officer turned the money over to the Central Bank of Nigeria. Despite the glaring presence of the $15 million dollars, the governor was tried in Nigeria and acquitted of all charges. Fortunately, British justice was not as easy to buy. The perpetrator is currently in a British cell and serving a 12-year sentence for money laundering among other crimes. 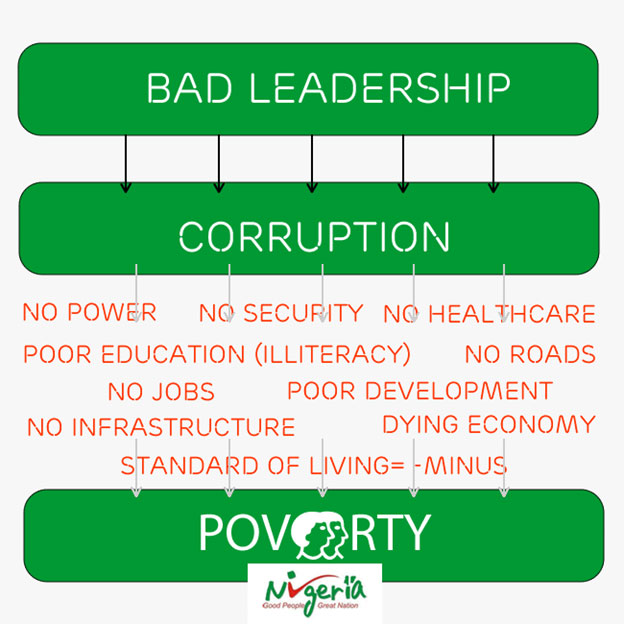 A culture of financial improprieties and illegalities

As a result of a history that is filled with gross financial malfeasance on a grand scale at the highest levels of the political establishment, Nigeria is neither harmonious nor peaceful. It exists in a sort of parallel universe where corrupt activities and an anything-goes-judiciary sit atop a culture of immense “Caligula-like” moral decadence. One of the greatest exports of Nigeria is fraud on a grand scale. Of that there have been many. In the 1970s, Nigerian importers were renowned for failing to pay for goods that their foreign counterparts shipped on bills for collection. It is important to note that in most cases, the importers could not have done it without collusion of their local (Nigerian) bankers. As a result of the dubious track record importers attained in that era, except in very unique relationships, no one in their right mind will export to Nigeria on bills for collection. A bill for Collection is a form of business arrangement that is used by many trading partners around the world due to the simplicity. As a result of the stigma attached to its business practices, Nigerian importers are virtually exempt from its use. The most famous corruption export, however, has to be the infamous 419 fraud that has confounded and victimized people around the world. Various and sundry versions of the fraud continues to roll out of the evil cauldron of Nigeria’s generational fraud factory, reared on corruption and vice. In a perverse reinforcement, people who commit massive fraud are able to pay for customized justice and avoid successful prosecution and are in fact celebrated for their “smarts” by most Nigerians! A Nigerian governor was arrested for money laundering in London and released on a one million pound bail bail. He escaped authorities and successfully traveled out of the country dressed as a woman. Upon arriving in Nigeria, he was met by cheering supporters! In almost every country on earth he would have been met by law enforcement officers and taken to jail immediately. He was tried and sentenced but, unfortunately for Nigerians, that was not the end of the story. The then-president of the country proceeded to pardon and release him from prison. 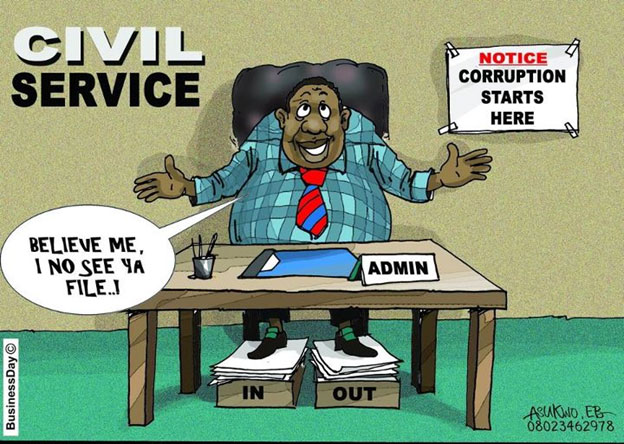 The seed of Nigeria’s fraud culture was sown in the immediate aftermath of post-independence celebration and euphoria. It was then that Nigeria’s foundational leaders sowed the wind and subsequent generations have continued to reap the whirlwind of it. “Our time to chop” is a concept that enunciates an unwritten code in the political establishment of independent African countries. It is based on the premise that the reward for political leadership and by extrapolation, control of levers of power and government, is axiomatically, a license to steal wantonly from the nation’s treasury. Nigeria is epitomic exemplification of the concept of “our time to chop.” It was and is done with the collusion of virtually all the leaders from the national to state levels. In that context, it is a gang of robbers in an unholy alliance to steal from the people’s treasury.

The Kickback and other nefarious activities

Executing “our time to chop” is done by inflating all purchases made by the state and national governments. Every purchase is inflated, including a mundane purchase of office furniture. The minimum is 10% but most of it is larger. To know what Nigeria has lost to its public officials since independence, one has to start by tallying all the purchases made by government-owned businesses, federal and state governments since independence and then subtract a minimum of 10% of the (paid) invoice. In the case of Nigeria, the amount will be in the trillions of dollars. Many government-owned businesses fail because of the burden imposed on its balance sheet by fraudulent activities that are designed to siphon resources. That is the narrative of the former Nigerian Airways, steel plants, hospitals, NNPC, petrochemical plants, etc. In the LNG project alone, Nigerians received bribes totaling $180 million dollars. Although their foreign counterparts were tried and sent to jail, no one in Nigeria saw the inside of a courtroom on the fraud. Signaling that collusion in the fraud extended to the highest office in the land.

However, kickbacks through inflating invoices, is of course not the only way. It is just the most prominent and abused method. One of the most sophisticated is diversion of funds from government accounts into accounts created for the purpose of siphoning the interest due to the government. Interest on 1 billion dollars for each month at 2.5% is 25 million dollars per year or 2.1 million dollars per month. Interest earned on deposit is an important source of income for a nation, business or household. Diverting funds belonging to the people in order to siphon off the interest is a sophisticated fraud. The money rightly belongs to the people of Nigeria. In extreme cases the money is invested in securities in order to maximize returns. After which the funds are returned back to government accounts sans most or all the interest or profit from the investment activities. Continues in Part 2