Organizational Structure for an Export Oriented Culture…continued from Pt.7

As described in suggestions for a cultural center, a mass information dissemination process is necessary to gain support of citizens. It would be expedient for the economic development board (the coordinator of industrialization policy) and the export marketing body to jointly execute it. Frequent seminars should be part of the arsenal. In my book, “Unleashed: A New Paradigm of African Trade with the World,” I have outlined a framework for such seminars. In this scenario, it behooves government to educate its citizens about how to export but most importantly, to recruit new entrepreneurs and existing businesses to enter the sector. A high volume of interest and involvement by existing businesses and entrepreneurs should be the goal. The achievement of which would be propitious for the program. The more people involved, the more will be the competition to provide services that cater to the sector. As a potential positive by-product, high volume of interest would also improve chances for tangential exporters to mushroom.

As was the case in the successful export-industrialization drive by the Asian Tigers, every part of the economy should be marshaled to aid in the process. Countries that have established capital markets should use the markets to drive private resources to the sector. The Asian Tigers used “outside the box” thinking because a lot of what they did, aside from a generic pattern from a trail-blazer like Japan, had no direct precedence. And unlike the Asian Tigers, the Japanese came to the process with an established industrial capacity. The Japanese had heavy industries that manufactured aircraft carriers and planes during the lead up to WWII. So the comparison to the Tigers is not precise even though they learned from Japan.

If the matter has the proper level of priority and national commitment, the head of state would take personal responsibility for ensuring that the program achieved its goals. That is the example set by the heads of state of the Asian Tigers. They were engaged and committed. One of the most effective ways in which then-President Park Chung Hee of South Korea managed the process was through monthly meetings involving the heads of all the relevant organizations and exporting companies. This meeting was the ultimate form of accountability. It was a forum for review of performance and participants received praised when the report reflected a good performance month and tongue-lashing when it was lagging. The best exporter of the month was awarded a trophy and heavily publicized in the nation’s media.

A successful export economy depends on developing efficiencies at all levels of activities that impact the movement of goods overseas. It starts with financial resources being available to the sector including a factoring industry. Factoring enables exporters to have access to cash before the payments for exported goods have been received. It is a critical process of cash flow management for exporters. Factors are independent trade finance operations. Banks can also have a factoring arm that functions as a line of credit for exporters enabling cash-flow to mitigate normal gestation period for consummating export payments.

Exporting requires efficient public sector interactions because transactions are highly time sensitive. Every exit and entry port system has to be made to be time sensitive in processing goods in and out of the system. Another aspect of building competitiveness is creating a logistical system for moving goods to customers overseas. Including decentralizing where goods are processed for export and ensuring that there is vigorous competition in the transport sector so that prices will be competitive with other exporting nations. Because rail transport is still in its infancy, every opportunity has to be explored to reduce operating costs for long haulers to make transport of goods within each country competitive with global counterparts.

The key mindset for executing a successful export strategy is awareness of the reality that the competition for each nation is from other nations who are also keen to maintain or expand the market share for their products. As a result, the logistical support structure for an export economy has to be cognizant of the importance of competing with the costs in other exporting nations. The competition is not on a line item basis but on a total cost of non-manufacturing or processing costs associated with getting a unit (weight/size) of product to its international destination. 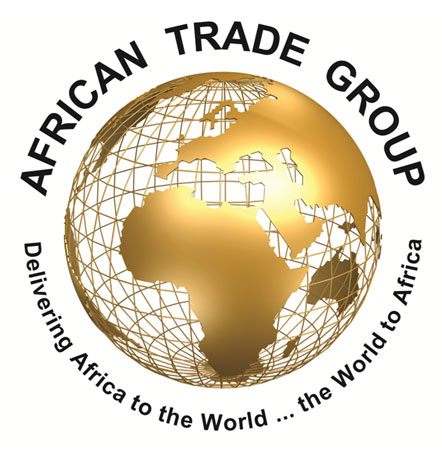 In the example of Singapore, their extraordinary success came through operating one of the three possible strategies for export-oriented industrialization. They needed to create several million jobs for their people. To achieve the goal, they developed a matrix of attributes that U.S companies found attractive. (1) They created a labor environment that pacified the then-radical and combustible labor movement. It included a labor law and a housing and transportation plan for society that also benefited the workforce. (2) They developed industrial shells in Jurong Industrial Estate complete with supporting water, power, and other amenities. (3) Investing in some of the companies as a good faith gesture that they (Singapore) believe in their country. (4) Establishing favorable exchange rate policies in support of exporting.

U.S and other international companies bought the idea and located plants in Singapore to manufacture goods for distribution outside Singapore. U.S companies have invested about $195 billion in the little city-state. General Electric (GE), one of the greatest business organizations in the history of the world, has established several manufacturing facilities in Singapore. It is the ultimate validation of the strategy. An interesting piece of insight is that once a major company makes the move; there will be a stampede of others to follow the example, and that is what happened in Singapore. Singapore has since added tourism (including medical tourism), educational services, banking and financial services to the pillars of its arsenal of export-oriented economic growth engine.

African countries can use this strategy in conjunction with others in an all-encompassing export-oriented industrialization strategy. As was mentioned earlier, the others are conversion of raw materials into finished goods for export and general export manufacturing using the stair-climber approach.

Conversion Strategy: Conversion industries are the low hanging fruit for African countries. It means converting agricultural and mineral commodities to finished goods and exporting the finished goods. They have a transactional profile that lends itself to non-traditional self-funding arrangements using compensatory trade techniques. The range of industries covers most of the commodities African countries sell to the world.

Labor Strategy: Labor-based exports are a trickier arena for African countries because it requires attracting companies to a country to manufacture goods for export to its customers in its home market and around the world. Like the example of Singapore, it requires a sales package that will compel companies to change their existing business model. Changing a business model is not an easy task for companies. If it fails, the CEO and key managers will likely be jettisoned by the board. If it succeeds, they will be hailed as heroes, so it is high risk and high reward scenario for management. Improved profitability is the only measure of success for companies. They have to be convinced beyond the shadow of a doubt that such a move will improve their (operating) margin. Notwithstanding the complexity, it is a good prospect for countries that can create and execute a successful strategy. For such countries, it is an excellent opportunity to create millions of jobs in a short time span because the most attractive of the matrix of attributes of countries is the opportunity for companies to reduce labor cost.

General Export Strategy: The best approach for a new to exporting country is to start at the bottom and use the stair climber approach favored by other successful exporting countries. The head of the export marketing company (the export czar) in conjunction with the Economic development unit would have the responsibility of coming up with the initial list of products. The selected products would be ones that have been researched and determined to have tangible market penetration opportunity for the country’s exporters. In my book, “Unleashed: A New Paradigm of African Trade with the World,” I have outlined a plan for market research and penetration targeting hard currency markets.

Tourism as an Export Strategy: Tourism development is a very important export industry. As Singapore was able to do very successfully, African countries should consider weaving a vigorous campaign for tourist dollars into their industrial development strategy. Tourism is more than people visiting a country. When acquisition of tourists is with definite intentions, it becomes a branding and global positioning activity. African countries proclaim that they want visitors but in reality their actions, with the exception of a very few, reflects a wish rather than an intentional purpose. It lacks “purposeful” desire backed by appropriate resources and plans.

People who visit a country and return with a positive account of their visit are akin to “human billboards” promoting the virtues of the country. It leads to more visits and, tangentially, the visits help to build awareness about business opportunities in the country. Building awareness about business opportunities leads to investments and in turn, to more visits. As a result of a well-orchestrated strategy, the intentionality of purpose to attract visitors to the country will yield a critical mass of positive attributes. It begins with happy, satisfied visitors and evolves into a self-reinforcing feedback loop of positive developments. Not only in the tourism and hospitality sector but the impact is throughout the entire economy.

Exporting will be driven by businesses who want to diversify because the opportunity is compelling. By ISI companies who branch into export ventures to ensure that they have an independent source of hard currency for imports and by entrepreneurs who see an opportunity to start an export venture. The incentives and financial support that government creates is the triggering mechanism that will attract them to the sector. A clear path to profitability with muted risks is the best argument. The role of government, short of guaranteeing success, is to deliver the opportunity to all of society. Export-oriented Industrialization is the way forward for African countries. It will enable countries to escape from the crushing burden of a unitary plan of depending on commodity exports that the colonial governments placed on African countries. It will also facilitate integration into the global economy on a broader level and by virtue of it, help African countries to grow.