Information dispersal and indoctrination are an important part of any transition process. Because without total buy-in from the citizens including existing socio-economic-political power-centers, businesses, and the everyday person, it will be a convoluted process that is susceptible to derailment. In every African country, the importers are a powerful interest group and they are the beneficiaries of the existing paradigm. Exporters of raw materials have nothing to fear because they will get the same price for their raw materials whether they sell to a local conversion industry or to the converters overseas. The prices of commodities are in the hands of international commodity markets, the largest of which is the Chicago Board of Trade CBOT in Chicago, Illinois.

It will require amalgamating a “carrot and stick” approach involving very strong leadership á la President Park Chung  Hee of South Korea and President Chiang Kai-Shek of the Republic of China (Taiwan) exemplifying determined, not to be denied leadership that wielded a big stick of persuasive force-power. They were able to align everyone in society and ensure that everyone marched to the same drum and tune whether they liked it or not. And the information dispersal, teaching, coaching and indoctrinating approach of Singapore’s two pied pipers, Prime Minister Lee Kuan Yew and Super Minister, Dr. Goh Keng Swee. Their method was to bring their society along by informing and indoctrinating them in the ideals of the country. Both sides of the spectrum are needed in African countries.

In the “carrot” approach, countries should consider developing cultural centers in every community where people can gather and listen to ideas and also learn about the various programs of government. It is a strategy that was deployed to great effect by Singapore, to bridge socio-economic rifts in the country. Singapore is one of a very few places in the world where Muslims and people of other faiths, including Chinese Confucianism have co-existed in peace respecting each other’s unique views and culture, for more than fifty years. It fashioned and concretized the notion of “one-Singapore” for all Singaporeans. The indoctrination of Singaporeans required people to maintain their cultural and religious heritage but also to respect everyone’s as well. At the same time, it helped to build commonalities, shared interest and values in the success of a unitary, peaceful and prosperous Singapore. It will also work for African countries if they decide to deploy it. 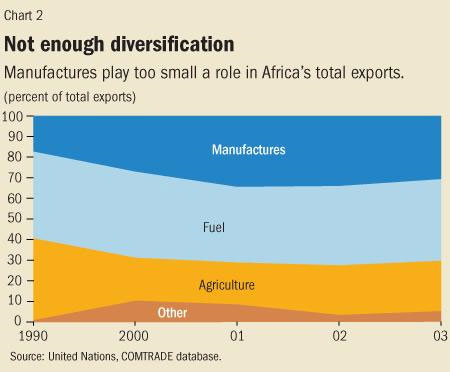 Developing a Network of Cultural Centers throughout a Country

African countries need cultural centers because their societies have religious and ethnic fissures. They have a long way to go to build the sort of cohesiveness that has been achieved in Singapore, but every country has to press on until they reach it. The motivation to achieve cohesiveness should be found in the immortal message, “a house divided against itself shall not stand”. Tribal and religious constructs that weigh against political cohesion need to be put in the right context and subordinated to the concept of nationhood. Cultural centers will create jobs for the people that manage it and also the people that teach and orchestrate seminars and events. Each center can also be designed to become self-sufficient over time if amenities are provided that cater to people’s needs. Examples of such amenities include facilities to rent to community members to host events. It could have a shop for miscellaneous goods, as well as eats for the enjoyment of visitors to the center. Pay-to-play data-center where people can use computers to access the internet and print documents. Centers may be designed to provide some pay-to-play games for a reasonable fee for the enjoyment of visitors. Services that are well-managed will attract members of the community.

Frequent lectures about government policies and economic opportunities that are relevant to citizens along with handouts will make the cultural center a place where people can gain practical insights for their personal and commercial or professional success. It will provide the perfect forum for sharing new economic development concepts such as export-oriented industrialization and each person’s place in the matrix of opportunities. Seminars on the process of starting and managing an export business and how to get foreign customers for goods and services should be a core aspect of the information provided at the center. In effect, cultural centers can become a fulcrum for dissemination of positive indoctrination that will reshape how people view their country, the economic opportunities available to them and entrepreneurship. 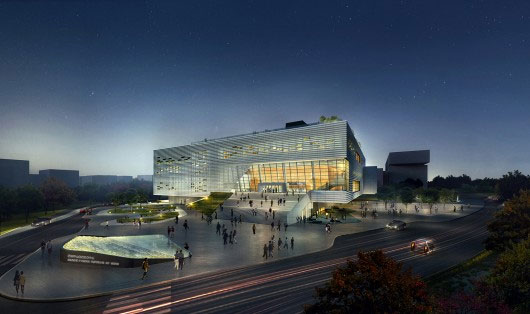 There is non-economic policy-specific acculturation that is addressable in the context and environment of cultural centers. People need to be taught to own their government and to monitor those who deign to represent their interest. It can be used to address what society needs to do to eradicate various ills and encumbrances to a country’s success including the scourge of corruption. People can learn what each person in society can contribute to eradicating it by learning the process of monitoring people in their community and to report suspicious financial expenditures in real estate or other displays by people who are given authority in (the people’s) government. It may also be used to teach people about the destructive habit of conspicuous consumption, the virtues of financial management and the importance of investing a portion of today’s windfall for the future. It will be useful in teaching about robust banking and savings culture. Smart countries should pursue a policy of encouraging citizens to save and incentivize savings with liberal interest rates. Countries should encourage and teach citizens to eschew conspicuous consumption for a robust culture of savings by providing liberal interest rate incentives. South Korea debuted interest savings rates of more than 15% to get the citizens to deposit their resources in the banking system. Similarly incentivizing citizens of African countries to build domestic capital is a good initiative. From the preceding it should be apparent that cultural centers in African countries can be put to great use in the communities in which they are operating. The cost of building cultural centers will eventually pay for themselves from revenues generated from the services described. However, the benefit of using the centers to build more cohesive societies is monetarily unquantifiable. Peace and harmony in society are priceless commodities.

Depending on each country, a rough estimate is one center per each 50,000 to 75,000 residents. Building the centers is an economic boost to the communities because of construction and associated services. If the plan is to make the center attractive to the residents of the communities, it will be vital to take that into consideration in designing the center and also deciding the amenities to provide. The examples of civic and cultural centers of Singapore should be instructive. The worst case scenario would be to have a center that people do not visit. The front end cost of developing attractive centers that people will visit is worth its weight in gold. 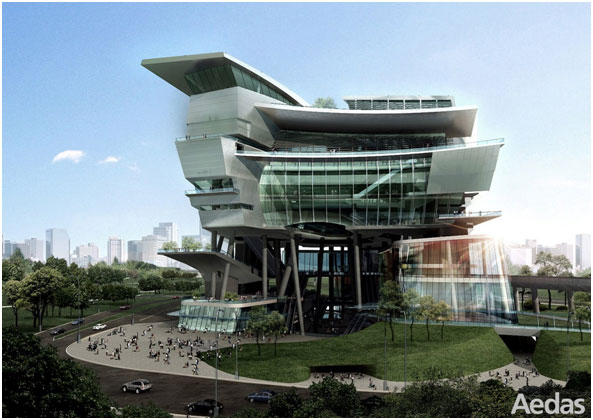 A Civil and Cultural Center Development in Singapore

Can African Countries and People Compete in the Global Market?

Since I was a young teenager, I have heard that the reason Africans cannot do certain things is because we are not sophisticated enough to know how. That’s more than 40 years ago. So my poser is when exactly will African people be able to do these things? The gravity of the poser has grown over the years as I have traveled to many countries and interacted with many peoples and their cultures. What I have learned since is that that premise is a fallacious argument that was used by former enslavers in the pre and post-colonial era to keep Africans from having aspirations. First it was from having aspirations to self-rule or independence and later, from aspirations of economic emancipation. In my book “Unleashed: A New Paradigm of African Trade with the World,” I describe how former colonial powers used subterfuge to perpetuate an idea of “empire by other means.” Part of the machination was to give self-servicing advice which when accommodated and implemented attached many subservient strings to the newly independent country. ISI is one such string.

Companies in former colonial governments made a windfall in supplying so-called ISI industries. They have supplied the know-how and equipment to ISI model plants, and someone received a handsome commission for arranging the deals. The icing on the cake is that the home supplier of know-how retained a source of residual income that will continue to pay off very well into the future. The residual income is a perpetual agreement to supply partially-assembled goods to the ISI industry they helped to set up. It’s a great deal all the way around for former colonial powers because the setup in effect maintains the concept of buying raw materials from the colonies and selling them finished goods. The pre-assembled and so-called raw materials for ISI industries is one step removed from the finished product. The Asians were much smarter than Africans about how to satisfy their economic interests and were able to see right through the detriments to their economy of the ISI model. That is why they (Asians) chose Export-Oriented Industrialization without support of the multilateral agencies, such as IMF and World Bank and by extrapolation; one can add their Western patron nations. …..To be continued in Part 5 of 8