A Safe and Secure Way Forward
It is neither feasible nor necessary to dismantle ISI because there are jobs and capital investments associated with it. But it is imperative that it should be curtailed going forward. If the curtailment and modification of the effects of ISI are skillfully managed, it will yield very beneficial effects on the economy and create millions of jobs in African countries that have relied on ISI. African countries should never hesitate to seek ideas or to consult with nations from whom they can glean best practices. The first thing that policy wonks need to consider is that any strategy should have a beginning point, a middle point, and an end point. Determining the proper course and desired results will be different for every country for a number of reasons. The reasons are the size of the population (man-power), physical plant (the size of the country’s real estate), and (raw materials) resource endowment. But the most important consideration is the ambition of the leaders of each country. Some may want to be the next South Korea or Singapore. While others want to make sure their debts are manageable and their economy is self-reliant. There is room for both spectrums. 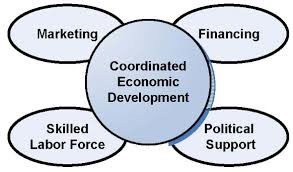 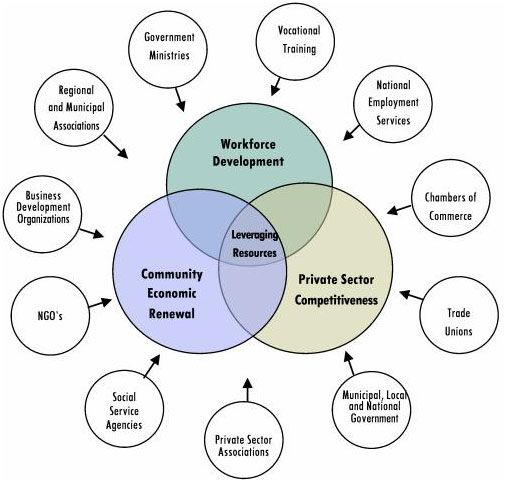 Pooling all of Society’s Resources for Export-Oriented Industrialization

1. Conversion Industries: The first and low hanging fruit in the matrix of export opportunities is “conversion” industries. They are a no-brainer for African countries. As the term connotes, these are industries that will convert raw materials that African countries are currently exporting to finished goods in the country and then export the finished goods directly or through marketing companies in their home countries or in foreign markets. Many projects in this sector can be structured with compensatory trade techniques to be self-funding for private and public sector companies.

2. Foreign Companies Manufacturing for Export: The second one and just as important as the first, is African countries selling foreign companies on the idea of locating industrial plants for manufacturing and processing in their markets. These are companies that already have an established market for the products in their home markets and in most cases, in markets around the world. It is the Asian playbook that China and Singapore have used to great effect in crafting their economic resurgence. It will work in African countries if African countries learn to work it.

3. African Companies Manufacturing for Export: The third area is to research areas in hard currency markets in the low-capital intensive, high-labor-intensive sectors that are open to competition. And to develop a plan to introduce products into the sector or sectors using the stair-climber approach. It is the path that South Korea, Taiwan, and Hong Kong deployed to great effect. It is also the strategy being prosecuted by Vietnam.

4. Tourism as an Export: Tourism is a tangential but very powerful export industry. In this case, visitors who want to rent a bit of the culture and experience of a country bring the hard currency to the country. It is not part of the three core export-oriented industrialization strategies but is a complimentary aspect of all of them and of the hotel, motel, and restaurant industry. Visitors who visit a country are also very likely to patronize the country’s exports in their home markets.

The first task is to ensure that the existing foundation is modified to support the conversion to export-oriented industrialization and not the other way around. It should start with putting some governors, i.e., restrictive parameters, in ISI. The first governor is to categorize ISI industries into segments; critical to the economy, neutral, and not critical. The ultimate goal has to be to wean all ISI companies from the dependence on government for the hard currency that they need to import supplies. At least until the intermediate industries that will eliminate the need to import semi-assembled manufactured and processed goods are in the domestic economy.

1. ISI Companies that are Critical to the Economy: The companies in the critical category should be reviewed to determine how long they have been operating an ISI model. What they consume in hard currency per annum and how much local sourcing they have done since the inception. Every company in this segment should be given a timeline to make arrangements to source their own hard currency to import supplies, graduated on the basis of the length of local operations. A company that has been operating for ten years, for instance, may get five years to sort it out. Others may get less or more.

2. ISI Companies that are Neutral: They are neutral because they may have a large labor force and manufacture products that are useful though not critical in the economy. On this basis, there would be justification to continue to allow unfettered access to hard currency as per the timeline for them to become independent in sourcing hard currency for importing their semi-assembled inputs. Companies in the neutral segment should be judged based on how long they have been operating in the country. From the grading, the companies in the group may get a high of five years and as low as one year to sort out how to import supplies without drawing hard currency official sources.

3. ISI Companies that are Not Necessary: These companies do employ people, so they not entirely unnecessary. However, they may be consuming hard currency to import goods that companies can make in the country. The companies that are in this last category should be given two years, regardless of the length of operations to find their source of hard currency with which to import supplies.

All the companies should be encouraged to invest in industries or in ventures that export goods. It will not be necessary for the companies to venture into export operations, although that would be a good outcome. They could enter into a joint venture for an export business and still achieve the goal depending on the size and export capacity of the joint venture. Some of the funds earned from the activities can be used to import supplies. The introduction of a governor such as described into ISI will have the following effect. (1) It will force established companies to become exporters of goods and services. (2) It will create new industrial and service ventures that are export-oriented. (3) It will create new jobs. The first two will expand foreign exchange generating capacity of the economy. All three will boost economic activity. The third will create happy and contented citizens…..To be continued in Part 4 of 8.