Continued From Part I

An inefficient producer that requires special protections and has a voracious appetite for hard currency to import semi-finished goods as raw material is a liability against the most vulnerable in society. The poor and least well-off are the most burdened by high prices of ISI industries and also suffer inordinately when priority is given to the companies for hard currency because it limits the resources available for other priorities. The reason for countries to choose ISI is to mitigate the outflow of hard currency. However, when the process creates companies that have almost as high a demand for hard currency but offer products at higher cost to consumers, the net effect is bad for the economy. ISI’s goal is to convert companies from needing to import with hard currency to buying supplies in local currency. Without the intermediate steps, i.e. basic industries, this goal is unrealistic and unattainable. In this sense, ISI is a baby that is trying to run before he/she can walk.

A vivid illustration is in the global textile fabrication industry. Textile Fabrication is a great entry-level industry for poor countries that are new to exporting. It is relatively simple industrial operations to manage, and they are not very capital intensive. Although it is also true that a large operation with a high degree of automation is capital intensive. Like the tourism industry, it is labor intensive and employs low-skilled workers. Textile Fabrication is a source of employment for millions of workers in countries like Bangladesh, Pakistan, India, Vietnam and China. “Bangladesh, once poor and irrelevant to the global economy, is now an export powerhouse, second only to China in global apparel exports, as factories churn out clothing for brands like Tommy Hilfiger, Gap, Calvin Klein and H&M. Global retailers like Target and Walmart now operate sourcing offices in Dhaka, the capital. Garments are critical to Bangladesh’s economy, accounting for 80 percent of manufacturing exports and more than three million jobs.” Excerpt from New York Times article, Made in Bangladesh, Jim Yardley, August 12th, 2012. Bangladesh’s garment industry achieved $27 billion dollars in exports in 2014. That is almost one-third of the exports of Nigeria, the largest exporter in Africa.

One of the issues that the Trade Representative, Madam Liser, touched on in our discussion was the necessity of creating a source of raw materials in African countries from which downstream fabricators can get raw materials. These plants will convert fiber (cotton, polyester, jute, wool, etc.) or any base raw material they use into textile materials that are in turn sold to the fabricators. She made the suggestion because there is an opportunity for African countries to sell partially or completely assembled textile fabrics to American companies. However, she is also aware that unless the raw materials to fabricate are available from local sources in African countries; African sub-contractors will not be able to compete in the global supply chain of textile fabricators. In the context of ISI, the fabricators would import the textile fabric for fabrication but they would not be able to sell their products to the global supply chain because it would be cost prohibitive for the market. 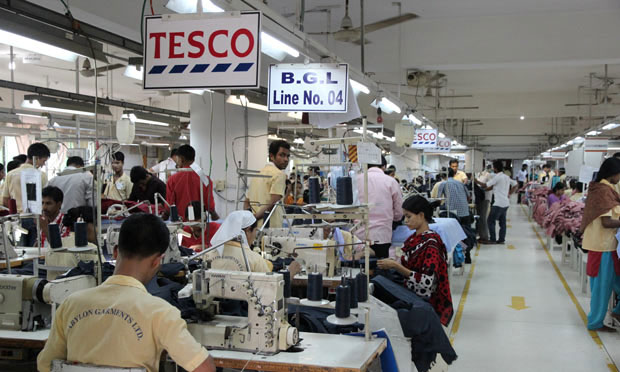 Raw Materials in the Matrix of Costs of End-Products

The second of the twin causes of poverty in African countries is dependence on raw materials. People are not well-informed about the dynamics of international trade and the impact that each segment of the supply chain has on the finished products that are derivatives of the raw materials that African countries sell to the world. We know that African raw materials are not pooled and sold by one entity. They belong to individual countries and are sold by them. Some countries have more than others. On the whole African raw materials, when viewed through the lens of endowment of individual countries, are not superior to other countries around the world. When we look at a map of Africa and marvel at the amount of raw materials displayed, let’s remember that when you do the same exercise with any continent, it also elicits awe. Granted that Africa as a whole is dominant in endowment in many minerals. Secondly, you have to break up the entire matrix of raw materials derived from the continent into the amount belonging to each country. There is no political entity called Africa. There is only the continent of Africa with 54 political entities. On the basis of historical results, it is clear, that no country can build an economic future solely on the raw materials that they export. 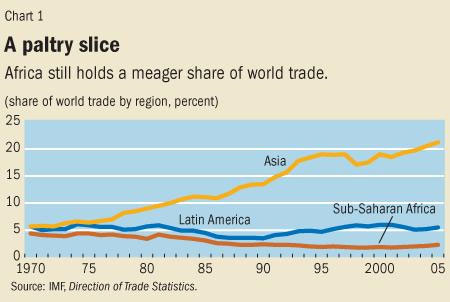 Many Countries Import as much as 80% of what they consume

It is a vulnerability compounded by the high level of reliance on imports by many countries. Some are as high as 80%, to meet consumer demand and on the fluctuations in the price of commodities on the world market that are controlled by non-Africans. This matrix of commodity export-high import dependency is why African countries have to have aid to make their budgets. There is not enough MONEY coming in to enable African countries live a pseudo-fantasy life of perceived luxury where everyone is making things for them to consume. It is a position in the hierarchical structure of nations that is reserved for the wealthy nations. It produces a perverse reality in which the poorest nations in the world are supporting industrial jobs in wealthier nations of the world. This is not rocket science. It only requires basic knowledge of international trade and elementary business acumen to expose the lunacy in the world in which African states exist. It is why most reasonable people have said for decades that reliance on commodity exports is not a plan for prosperity but rather a “poverty plan.” Because they know that the math is irreconcilable. It simply doesn’t work. The sooner African countries absorb the reality the better will be the prospects for creating jobs in the countries by forging a better economic strategy. A truism that is not unique to Africa is that “as long as one thinks something that is not working is working, one is not inclined to seek other avenues.” After 50 years for most countries, of self-rule, the reality that the paradigm is hopelessly flawed and has never worked should have settled and concretized in the collective consciousness of leaders….To be continued in Part 3 of 8.