Although we don’t often think about it as such, every country, like humans, has a way in which it earns income to meet its personal needs. For a country, they include needs expressed by its citizens (consumers) as well as to compete with other nations of the world. That is why no country can tie a rope around its borders and focus on only its internal market which is what is called for in an inward-oriented industrialization, aka import-substitution industrialization. Countries are constantly trading one thing for the other because as nature structurized, no country is or can be entirely self-sufficient within its borders. There is no such practical reality. As the old China, Soviet Union and COMECON group of nations discovered to their chagrin and demise, nations are interdependent in goods and services.

Sources of Income for Nations around the World 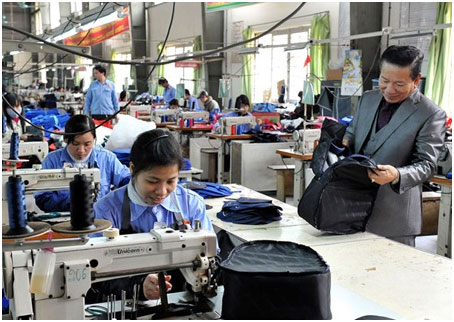 Let’s take a cursory look at how various countries make a living starting with the most advanced industrialized countries. The United States earns its income by selling very high-tech products such as engines, machines, machine tools, software and hardware, copyrights, airplanes, automobiles, transportation systems, medicine, Financial services and weapons. Japan, Germany, and most European countries are similar to the United States. For their income, they depend on industrial and high-level consumer goods such as high fashion goods, software and hardware, copyrights, automobiles, engines, machines,machine tools, transportation systems, medicine, financial services,weapons, and machine tools. Products of these industries are what these countries sell to others and hence it is their way of earning a living. In the main, these industries require specialized high-cost labor.

Next, the newly industrialized countries such as South Korea, Brazil, Mexico, Singapore and Taiwan earn their living selling consumer and industrial goods. Their range includes automobiles, ships, electronic hardware, textile products, household goods, chemicals and steel. These industries require a combination of mid-range industrial labor and high-level labor. China, the newest member of the newly industrialized countries, earns its livelihood by producing consumer goods such as apparel, footwear, food, chemicals, furniture, light industrial goods. Recently, China has started the transition to manufacturing high-level industrial goods because it has accumulated the know-how and manufacturing capacity it needs to compete with the trendsetters in Asia and the advanced economies of the West. China’s source of income requires low, mid-range and high-cost labor. Newly industrialized countries in this segment also trade their labor. Companies locate plants there and manufacture for their markets, other companies sub-contract to companies in the countries. In both types of transaction, the companies are seeking lower production cost.

Source of Income of African Countries 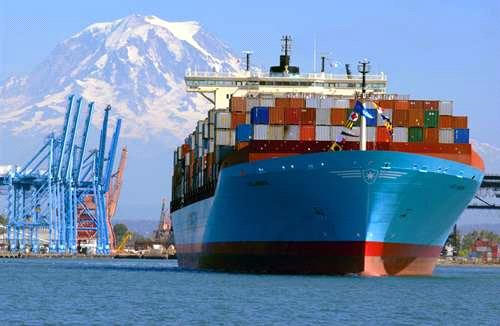 Finally, let’s look at the evidence of African countries. To a substantial degree, majority of African countries earn their living by selling commodities. That’s it. The list includes crude oil, gold, metals, agricultural products, etc.Africans exchange these commodities for all the other items that everyone else is selling. It is how African countries have been making a living since independence. Commodity exports have minimal to no value addition and require a very limited amount of very low-level labor. Specializing in commodities by extrapolation also limits the ability to expand the accordion of jobs creation because it requires intensification of manufacturing and processing activities which the countries lack.

It goes without saying that a good economic strategy is an important factor in the success of political arrangements, aka, nations. It is antecedent of how the people in the group are going to build the underlying framework for the lives of everyone in the arrangement. Strategy, therefore, is equitable to defining parameters of income opportunity of a country. Fortunately, economic dispensation is a little clearer in this era in world history. At great cost in human lives and treasure, the socialist option was tested and found wanting. Although the command political structure remains in place, China’s switch to a capitalist economic model is one of the defining choices of this era. Finally, the collapse of the Soviet Union was the exclamation point to the elimination of socialist economic theory as a viable option for development.

How South Korea Developed its Source of Income

In contemporaneous times, options for economic strategy boil down to which version of free enterprise capitalist economy a political arrangement will adopt.Let’s take the case of South Korea in 1960 to 1963. South Korea adopted a concept of “guided capitalism,” which is a version of the mixed-economy. Under Park Chung Hee, South Korea was facing grim economic prospects because the country had no source of income. Through “guided capitalism,” they sought a tightly managed development process where the managers could have a great deal of influence on the results. They did not want to leave it to chance. In the “guided capitalism” concept, the government owned the banking system and set the agenda for development. It allowed South Korea to focus energy on a strategy that emphasized production for export while constricting consumption.

The basis for the strategy was to use South Korean labor and ability to model success traits of Japan as the linchpin for establishing a source of income. It was very successful because they were able to not only establish a source of income from exporting but also exponentially grow the income through subsequent diversification and vertical expansion of their export capability. Throughout the world, most countries practice a version of the mixed economy with varying results. Part of South Korea’s “guided capitalism” involved the government taking the lead in developing the basis for heavy industries. It gave rise to POSCO, one of the greatest steel companies in the World. It is a South Korean government entity, but one that is also a publicly traded company and remains one of the most successful public enterprises in human history.South Korea succeeded in its economic strategy of using labor and copycat creativity to compete for market share in the world.

Models for Increasing the Income of African Countries

African countries have irrefutable evidence that commodities cannot provide the income needed to meet their obligations, never mind lifting people from poverty. That is the same thing as an individual not bringing in enough money to pay the bills. They will not long sustain that condition.It is why African countries have been unable to survive without external aid. They are operating a model that does not earn enough income. For this situation to change; African countries have to adopt a new economic view. It is necessary to create a plan based on the strengths, aka, competitive advantages of the economies of African countries. The greatest economic strength of African countries is abundant low-cost labor. Through exchange rate policy, the strength can be amplified to greater advantage. The next step is to find ways to deploy the advantage. African countries should consider becoming a haven for companies to manufacture goods and services for export to their markets. The strategy was at the core of China’s original development strategy. Although it is not a complicated strategy, it requires an integrated process for it to succeed. And every African country from the smallest to the largest can utilize elements of the plan…. To be continued in Part 4…