Import-Substitution industrialization has very pronounced flaws, most of which have manifested in African countries.  The concept of import-substitution industrialization has been around since the 18th century but grew popular in the wake of the flurry of countries attaining independence around the world from the 1950s to the 1970s. It hit its high-water mark in the 1980s, when Latin American and African countries that based their economy on import substitution began to experience epic economic failures. In South America, Asia and in Africa, inward-looking industrialization strategy which is another descriptive for import-substitution industrialization (ISI) from which the similarly discredited “Economic Dependency Theory” emanated has been tried and found wanting. There is a substantial body of evidence spanning more than forty years in most instances to reflect on. In the contemporaneous discourse on the subject, there is a deliberate attempt to dress ISI in a new moniker as inward-looking industrial strategy. Let’s not be deceived because it is the same thing.

It is unfortunate that the disastrous record it has attained has not stopped African people from proposing it as a viable option for development and growth in the 21st century. That is equitable with proposing that communism is a viable economic strategy after disastrous “on-the-record” performance in many countries that have tried it. It is apropos to look at a few challenges of the concept of an inward-looking industrialization to see why it has repeatedly failed. It is not necessary to theorize because there are real-time experiences from which to draw a narrative of the performance of ISI.

In order for inward-looking development strategy to work, industries created have to be supported by import restriction of competing products or direct subsidies. Countries have to close their borders entirely or severely restrict entry of products from other countries that compete with the products of ISI industries. Import restriction is through licenses and tariffs both of which distort market environment for local industries and opens the door to rent-seeking. On the efficiency front, restricting competition makes ISI industries insensitive to competitive pressures and rewards undisciplined cost and price strategies. Local consumers are made to pay the price for the distortion because there are no options for expressing their value-driven (true) choice. In this sense because consumers are forced to buy products that are often overpriced, inward-looking strategy makes the poor people of African countries poorer. 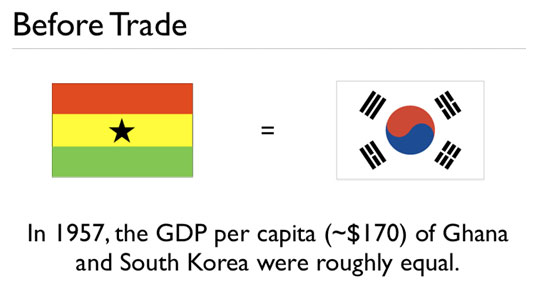 If the support is not through restrictive market structures, it is done through subsidizing the industries through favorable fiscal policies in order to make them competitive. Such fiscal arrangements discriminate in favor of the companies and against other companies, albeit in other industrial sectors but nonetheless are more efficient in deploying capital. Society also pays a price because the fiscal advantages given the companies have to come from somewhere and invariable; it comes at the price of other opportunities for the general population and economy as a whole.

Inward-Looking Industrialization is the most expensive strategy

One of the reasons it has failed is because the cost of implementing a true ISI strategy is prohibitively expensive for developing economies. It is the most capital-demanding and intensive form of industrial development strategy because it presumes that countries will create the foundation for manufacturing ISI products. The foundation is manufacturing of base metals, steel, chemicals, pharmaceutical compounds, machine tools, agroindustrial processing, etc. Import substitution requires a foundational structure of supply chain capability for it to be truly effective. Without it, import-substitution is reduced to import for assembly of consumer goods and just a very small step from importing the finished goods themselves. For instance, a company manufacturing pharmaceuticals needs to be able to source all the important raw inputs it needs from the local market so as to not engage in a pseudo-manufacturing process that is a finishing-only process. Finishing-only may be unpacking bulk pharmaceuticals and repacking them in retail packages and calling it manufacturing. In a broad range of industries, many plants were set up in this manner in the initial phase of implementing ISI in African countries. All of the countries found it unsustainable because they eventually ran out of hard currency funds to sustain the process.

Import-Substitution is one of the salient issues in the phenomenon of capital flight. The reason is that companies that have migrated to the country to produce for the local market have no way of repatriating earnings or paying for the raw material, parts and expertise that they brought along with them. They have to devise techniques to circumvent the law in order to export or repatriate their earnings. Some companies resort to over-invoicing in order to qualify for a larger allotment of convertible currency. Others commit overt frauds. Who can blame them? It’s their money, and they need it somewhere else instead of in the operating environment. All the major companies have the same problem, not least of which is Coca-Cola, although I am in no way inferring that they have committed any of the violations to which I referred. Without the downstream and upstream linkages required to make the industries truly local, ISI aka inward-looking industrial strategy is equitable with importing the finished goods. It creates similar pressures on access to hard currency that comes from importing finished goods, but at a greater cost to society at large.

ISI makes it difficult for Governments to manage Development 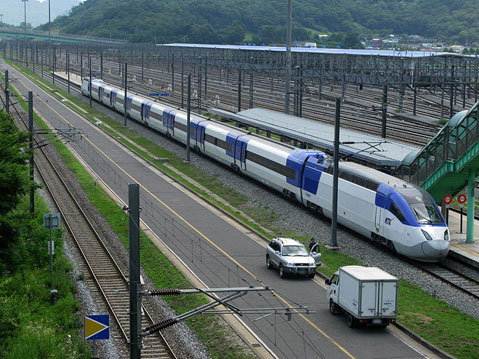 There are worse economic ideas than suggesting that African countries should regurgitate ISI, but thankfully none has been aired or put in practice yet. One of the challenges of ISI is that it undermines governments’ ability to introduce the concept of “delayed gratification,” a very important aspect of growing into prosperity. South Korea’s strategy after it had abandoned ISI was to re-orientate their economy from consumption to production. President Park Chung Hee’s government employed what they termed, “Guided Capitalism.” In its country studies, the U.S Central Intelligence Agency says about the strategy; “South Korea over the past four decades has demonstrated incredible growth and global integration to become a high-tech industrialized economy. In the 1960s, GDP per capita was comparable with levels in the poorer countries of Africa and Asia. In 2004, South Korea joined the trillion dollar club of world economies and is currently the world’s 12th largest economy. Initially, a system of close government and business ties, including directed credit and import restrictions, made this success possible. The government promoted the import of raw materials and technology at the expense of consumer goods, and encouraged savings and investment over consumption.”[1]

If South Korea were your home instead of Ghana you would…

The reason is that the most affluent people in society acting as consumers or suppliers are the ones that drive demand for goods and services. In most African countries, the business and consumption model is based on importing goods for local distribution. That is why the trade pattern in African countries functions as an inverted funnel that funnels goods into the economy. Rather than using their abundant (unemployed) labor to make goods for export to richer countries, which would represent an upright funnel, African nations are a receptacle for goods and services from the richer economies. Instead of ameliorating the consumption model of the economy, ISI exacerbates the problem. There is an undeniable element of perversion in a scenario that finds the poorest people in the world sustaining factories in the richest countries….to be continued in Part 3…