“African countries should be hard at work developing an indigenous entrepreneurial class that will become the risk-takers, jobs creators and innovators in their society.” 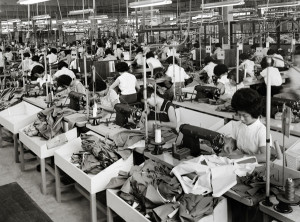 Ask any African living outside their country of origin if Africa is rich. The answer you will most likely get is yes, Africa has abundant wealth. More about that later but for now suffice to establish that the true story of what is happening in African countries can be gleaned from statistical information on the poverty quotient in two big economies. In South Africa, 20% of the population lives in extreme poverty and another 40% live in a marginal state of poverty. That means in what is arguably the most developed and one of the richest African countries, a full 60% of the population are barely eking out an existence.The relatively recent strike that claimed the lives of several miners was about economics. People are not dying because they are comfortable but rather because they are desperate for the sort of attention and action that will give them economic relief. In Nigeria, which possesses the largest economy in Africa, 60% of the population is estimated to exist on the equivalent of $.70 (seventy cents) per day. It doesn’t help for people to embrace the ostrich syndrome when it relates to issues of economic progress because doing so is gravely detrimental to the destiny of whole cultures and people.

Let us return to the question about African countries and the notion of phantom wealth. I don’t know why we like to do it but perhaps it is a defense mechanism to shield us from the harsh reality of the circumstances in our various countries. You read and listen to Africans talk about Africa being “rich” in minerals. Forgetting that other places, North America, Asia, Australia, South America are also very well endowed in minerals but you hardly hear the sort of chanting about Africa coming from those quarters. It is very challenging because the notion creates a false sense of security and removes the hunger for growth that is very necessary to attain success in any endeavor. Africans have told themselves that they are rich for so long that the lie has become believable. If Africans are rich why is the continent home to the poorest people on earth? The “Arab Spring,” which became one of the most cataclysmic political developments of our generation started in Tunisia. It led to change of government in Egypt and Libya, the effects of which are still reverberating. It is also forcing socio-political reforms in ultra-conservative monarchical Morocco. In Nigeria, poverty caused the rise of Boko Haram and only shared prosperity can dampen its effect. The Arab Spring was not borne of a culture of “well-fed and comfortable” citizenry. On the contrary, it was borne of hunger and frustration about the future that offered only bleak prospects for self-actualization and social advancement.

African countries are struggling because of their gross misunderstanding of the definition of national wealth. The advanced economies have always known that wealth is the sum of the productive capacity of their people. African countries are the only ones who view wealth as the raw materials that they sell. Unemployment in most African countries is obscene and at levels that in western countries would lead to mass protest and change in government. An unemployment rate of 10% to 15% is considered catastrophic for the survival of governments in virtually every advanced country. However, in African countries unemployment is consistently north of 30% and more than 50% if you factor in subsistence living. For most countries, more than forty years after independence, export revenue is derived from raw materials. For a lot of countries, the same raw material that they sell to the world comes back in the form of finished goods. Any country experiencing this scenario would be delusional to claim that it is “rich?” 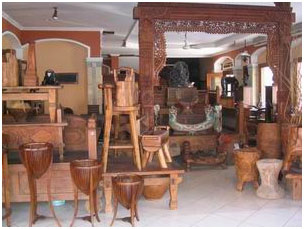 The most egregious challenge facing African countries today is a subtle but very dangerous trend. It is the fact that in most countries, Africans do not own their economies. They are “renting” their private sector because the dominant principals in the formal economy invariably are non-indigenes, and the dominant organizations are foreign-owned companies. It is one of the main reasons why countries find it hard to compel their private sector to invest in areas that are very important for the country because the character of “welcomed and acceptable” risk-propelling incentives is different for indigenes than for foreign enterprises. Instead of developing an entrepreneurial class that can respond to demand pressures of the country and take on the role of merchant citizens, leaders have busied themselves on non-essential matters since independence. It is why most countries are not too far from where they were at independence in certain crucial economic indicators like manufacturing to GDP. Manufacturing absorbs labor. Without a strong manufacturing base, it is very difficult to provide jobs for eligible workers in society.

It has been mentioned with great pride that there are more than 700 hundred million active cell phone users in Africa. On the surface, it has also created vast economic activity. However, it should be noted that cell phones are mostly manufactured outside of African countries, and the software technology on which they run are also predominantly foreign. The hard currency impact on the treasury of states is not different from the impact of importing tomato paste or luxury cars. It places great strain on the ability of governments to manage their balance of payments when currencies are inconvertible, and export revenues are (in-elastically) constrained. The place to look, therefore, is the net outflow of resources to pay for service and equipment related to cell-phone industry to individual countries and cost-benefit of technological transfers that have accrued to the country from the cost of paying for cell phone service. It goes without saying that suppliers of handsets, equipment and service, are quite happy to take African money. It is the responsibility of Africans to ensure that society gets due reward. In the same vein, African countries should be very cautious in awarding land for farming because it would be highly problematic for a country to find that it no longer owns most of the arable land within its national boundary. 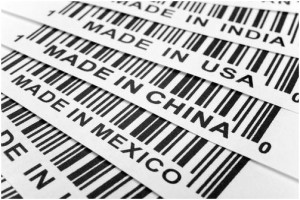 African countries should be hard at work developing an indigenous entrepreneurial class that will become the risk-takers, jobs creators and innovators in their society. It is interesting to read about who is investing or not investing Africa. China has made vast investments that are contributing to the current growth of African countries. The challenge is the depth of the investments and the long-term transferability of its benefits. There are two fundamental gauges of the benefit of foreign investments. The first is the type and number of indigenous jobs that have accrued to the countries. The second is the impact of the investment on the supply-chain of the local economy. The former is rather simple to measure, but the latter is a little more complex because it relates to service businesses or industries that have been created to supply goods and services to the original foreign investment. If an investment makes minimal impact in both areas, it means that the benefit while good is not as beneficial as it should be and most importantly is reversible.

The greatest need for African countries today is not to wallow in soporific delusion about phantom wealth but to recognize that Africans are behind in the global race for prosperity and the leaders of the race are increasing rather than slowing their pace. It is a global competition to grow society so that it can defend itself from external aggression and feed its people. It is a task and duty to posterity owed by every generation. African countries do not have the luxury of sitting out the competition. The risks are enormous for their people and culture. If African countries fail to compete and stake a claim; the opiatic, GDP growth-induced euphoria of rising commodity prices will eventually yield to a hangover of economic challenges far greater than anything that African countries have experienced since independence. There are three primary means of competing. The first is through conversion industries that will transform African raw materials into value-added goods for export. The second is through creating a vast array of export industries based on using cheap, abundant labor to manufacture goods for export to the world. The third is by opening African countries for service oriented export companies that provide soft-services to businesses in the rich countries. Any country can grow their economy and prosper through these three avenues, and indigenous entrepreneurs can provide a lead.