“There are colonial era multi-gauge rail lines preventing integration of regional and trans-regional rail transport. African governments have failed to address it for more than 40 years in an era that saw the creation of many billionaire politicians.”

Dysfunction is a way of life in most countries in Africa 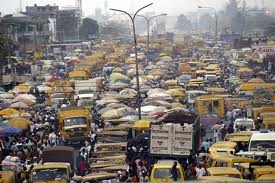 Let us face the truth of the matter. African leaders are not getting things done and there-in lays the crux of the dilemma and socio-economic quagmire and societal dysfunction. Societal dysfunction is a by-product of systemic blindness. It is a situation where a society has conditioned itself to rationalize obvious and glaring failures. Although it is not very useful to itemize failings, in this case, it is most appropriate because the dysfunction of most African countries is decades old and growing rather than diminishing.

The administrative machinery of most countries at home and abroad is manned by grotesquely dysfunctional and intractable people. At virtually every point of interaction with public sector administrative machinery, citizens are compelled to invest precious time on unproductive, endless waits to have matters that are core public sector function redressed. It is not uncommon for issues that should take a few minutes to address, to last for hours creating a cascading torrent of unproductivity in private and public facets of the countries. Public sector representatives take pride in wasting their citizen’s time by subjecting them to interminable waits for the most mundane requests. The question to ask is whether someone is responsible for the performance of the public sector units and if so why is nothing being done to address the lack of functionality. Truth be told, someone is in ancharge and the fact that they keep their jobs is a tacit if not overt endorsement of the performance. This elicits the inevitable conclusion that the system sees dysfunction not as a dreadful status-quo to extirpate but as a way of life that has to be accommodated. It is a by-product of systemic blindness.

Transportation is a quagmire of dysfunction 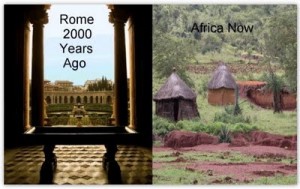 In almost every country and region of Africa, every facet of internal and intra-Africa transportation of goods and people is a hydra-headed monstrosity. There are colonial era multi-gauge rail lines preventing integration of regional and trans-regional rail transport. African governments have failed to address it for more than 40 years in an era that saw the creation of many billionaire politicians. It is often more difficult to travel to a neighboring African country than it is to a European one. Transporting cargo from one African country to the other is a convoluted time-wasting affair in most regions. Cargo vehicles are often delayed for days at border crossings leading to high cost of goods and in some cases degradation of shipment. The obvious questions are: who is responsible for the area on both sides of the border and are they not able to see the dysfunction of the border crossing? Of course they know about the delays but in their universe it is an acceptable condition and therefore normal. That is systemic blindness!

DR Congo is an example, but not the only one, of a country that is rife with chaotic dysfunction of unimaginable gravity. Very little seems to work in the country. Not only has the country not been able to manage its affairs properly, but the level of incompetence in the upper echelon of government has often brought its people to the brink of all-out political meltdown and civil war. A phone call to D.R Congo’s embassy in Washington is a journey into an abyss of altered reality and absolute dysfunction. You are accosted by very uncooperative bordering on rude incompetents. It is not because the country has no potential or resources to actualize them. D.R Congo has land and more than 70 million human resources. The country has the potential to be a major exporter of manufactured goods, consumer agricultural produce and processed foods to European countries. So what is the difficulty? It seems the country’s leaders have surrendered to whatever faith befalls her. Notwithstanding the hydro-electric project, D.R Congo will continue to struggle until she emerges from the darkness of systemic blindness. One project of the size proposed is important. However make no mistake that a project of such complexity will largely employ foreign labor, equipment and materials and will have limited and highly dubious impact on the long-suffering people of D.R Congo, unless the people representing D.R Congo are able to subordinate their own interests for the greater good of the country. The country needs tens of thousands of small industrial projects employing millions of people, producing goods for export to European markets, first and foremost, and to markets around the world.

Like D.R Congo, Nigeria is a doyen of dysfunction. No country in Africa has squandered more resources or blown more opportunities. How is it that after fifty years of self-rule, a country endowed with the hydrocarbon resources of Nigeria is only able to supply electrical power to a very small fraction of her citizens? To any reasonable mind, it is inconceivable that it would require fifty years to find a solution to anything but the very worst of human conditions. Fifty years after independence, Nigeria, like many African countries have made little tangible progress towards redefining their ability not only to self-govern but also their dedication to proving the naysayers wrong about the ability of Africans and people of African descent to successfully govern themselves. African people want to be respected and in fact demand respect from the global community. However, it is very difficult to juxtapose the performance of African self-rule with the demand of Africans to be taken seriously. The price of that admission is performance.

It is important to zero-in on our current generational time-capsule. We are witnesses to events heretofore unforeseen in human history. In this, the 21st century, not much exists that is not broadly accessible and known to avid consumers of information. The age of information is driven by electronic media which has inherent capacity to “communalize” the globe. African leaders and people travel and as well as have access to information through the various media avenues available to the entire world; Radio, Television, Internet, Social Media, etc. However, in the midst of the avalanche of how-to information of great experiential significance to African people and their leaders, they persist in living every day in a manner reflective of people isolated in a planet that is devoid of social contact with everyone else.

For example, the impact of other cultures and the experience of them are directly responsible for Hong Kong, Taiwan, South Korea and Singapore’s accent in economic and social significance in the world. They saw, copied and then perfected. A vivid illustration can be found in the life of the late great visionary leader of South Korea, Mr. Park Chung Hee. Park Chung Hee studied in Japan and determined that South Korea should not be poor and destitute. When he got the opportunity to shepherd the affairs of his people, he marshaled the nation’s human resources, which incidentally was the nation’s only resources, and with a little help from the United states, successfully laid the foundation of economic development and growth that has launched South Korea into a first world nation. Without Park Chung Hee, there would likely not have been a Park Tae-Joon. Deng Xiaoping also benefited from the same type of exposure during his formative years as an exchange student in France. Although he also was trained in the Soviet Union during Mao’s indoctrination of future Chinese leaders, when he recognized that communism was unable to answer economic mandates of China, he was able to draw from and build on his nascent experience and understanding of capitalist capacity to mobilize the creative and productive resources of a society as he witnessed in France and later in the United States.

Conversely, many African people, especially their leaders, have seen and experienced the order and civility of developed countries. They have witnessed the rags-to-riches story of the countries alluded to. Unfortunately, that exposure has not created the same determination to transfer what is good in the societies to which they have been exposed back to their own countries and societies. Instead the single-minded devotion to plundering the people’s resources has left no room to dream of what should and can be for their long-suffering people.