“African people are the root cause of African poverty. Yet honorable African people rationalize and tolerate the activities of evil brigands posing as leaders who rape their societies, steal their money and incendiarize their politics and shelter them from internal prosecution.” 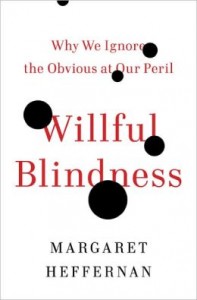 African people are as capable and intelligent as any other people in the world. It is a statement underpinned by a universally acknowledged fundamental truth. This is that all are created equal. However, it has also been well-documented that the environment and cultural DNA of the area in which people are born and reared also has a marked influence on people. Ultimately, it is a primary determinant factor in how people are shaped. African people, like people in prosperous environments, are capable of developing efficient and functional societies that are inventive and prosperous. The challenge then is to separate the sum of the people of Africa from the obvious dysfunction of many African countries and societies. The dysfunction is borne of “Systemic Blindness.” In African countries, more often than not, talent is suppressed and lacks ample opportunity for expression. In its place, untalented but well-connected people are able to flourish. A society that is based on any other premise than meritorious promotion and advancement is one in which the syndrome of the blind leading the blind can flourish and one in which the system is blind to the dysfunction of its parts. It is also a system that is prone to evolving “jungle mentality.” One in which crooked people survive and the most crooked ones excel. Invariably, a society that is so inclined devolves into a self-regenerating social-structural aggregation that is raft with festering social sewers of vice and base dysfunction. This is a condition that describes many African countries.

“Do you have a Park Tae-Joon?” 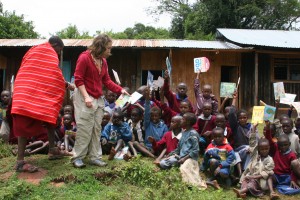 There is a beautiful expression of capacity and capability when one encounters a human that is imbued powerfully with expressive creative spirit that is undaunted and unwilling to break. We find such a person exemplified in then Nippon Steel Chairman, Mr. Yoshihiro Inayama’s inquiry of the late Deng Xiaoping, when the latter called on him to learn how China can develop a steel industry similar to Pohang Iron and Steel Works. The question was:; “Do you have a Park Tae- Joon?” The inquiry is a testament to the ability of a human spirit to make profound impact on their environment. Although I am sure it must have been discussed, the focus of the question reflects what the Chairman of Nippon Steel, which coincidentally, was also technical partner in Pohang Iron and Steel Company, thought was the critical piece necessary for success in such a venture. He wanted to know if China had a person with the drive and commitment of Mr. Park Tae-Joon. In other words, he wanted know if a human spirit of the capacity and capability of Par Tae-Joon could be found in China. Although Mr. Park Tae-Joon passed away in his mid-80s, in 2011, his legacy is a life of extraordinarily good national destiny-shaping deeds and “Gibraltar monuments” of tangible contribution to the life of the people of South Korea. Mr. Park Tae-Joon is the single most important reason that South Korea has of one the world’s most successful iron and steel industries today. Through the company that he started and built for South Korea, Mr. Park Tae-Joon shifted the center of gravity of global steel production capability from the West to East-Asia and made little South Korea and obscure Pohang Steel Company, now POSCO, the 800 pound gorilla of global steel production and know-how. Pohang is now in the exalted role of technical partner to many Western steel companies including the inheritor of the lineage of Andrew Carnegie, U.S. Steel (U.S.S). Mr. Park Tae-Joon believed that South Korea could build a steel industry and proved it against all the expert prognosticators of the day in the multilateral agencies, including the World Bank. Where are the Park Tae-Joons of African countries and why are they not flourishing?

Brigands at the gate

The answer is “Systemic Blindness.” A condition in which society’s ability to celebrate the natural elevation of brightness in people is suppressed and in most cases muted. Where the natural order of things is turned on its head and efficiency is shunned for inefficiency. Dysfunction is an accepted order and any and all attempts to bring order, due process, probity and accountability is fought tooth and nail by the nefarious merchants of the dysfunction. Success is defined by the end, alone, rather than the means. All over the world, in their multi-million dollar mansions, leaders of African countries are portraying themselves monarchically. Unfortunately for them, their nation’s financial information is public knowledge. The question that reasonable people ask is why his or her country and the people are destitute while he or she has the appearance of unlimited wealth. The simple reason is that it is because a few people have helped themselves to more than their portion. In most cases, they have arrogated to themselves the resources belonging to millions of people. In effect, they have loaded up and carted away the people’s resources.

In successful societies, people who steal from the public are vilified and shamed into oblivion. It happened to a former President of the United States. In many if not most African societies, they can throw crumbs to other greedy types in the justice and political apparatus and circumvent justice. Instead of the perpetrator becoming a pariah they are celebrated as models of success. So one finds that as good begets good so bad begets bad. Thus an evil deed because it results in ostentatious wealth for the perpetrator becomes an inviting path for others. It thereby justifies, even celebrates the “thief” because he or she has become “rich.” In African countries, celebrating a thief has become the norm. All one has to do is look at majority of the leaders that African countries have produced. Is there a Park Tae-Joon, Park Chung Hee or Lee Kuan Hew amongst them? Instead we have in African leaders a history-filled parade of brigands and “thieves” at the helm of African countries. Indeed a cast of brigands at the gate of African countries.

The poverty-stricken condition of African countries is a direct result of systemic blindness. The systemic blindness of African societies has enabled and empowered brigands, posing as leaders, to remain in power while vastly under-performing at their jobs; and to steal vast sums of money to salt away in foreign banks in countries much richer and not in need of African money with impunity. The “Judases” of their people are able to find willing collaborators in foreign countries that assist them in their thievery. These are funds that should be in African countries’ banking and financial system, creating resources to fund investments. Instead they are creating resources and funding investments in countries that are already rich. African people are the root cause of African poverty. Yet African people rationalize and tolerate the activities of brigands and shelter them from internal prosecution. When they are apprehended in foreign lands, they steal away and return to their country with full confidence that nothing will happen to them and in fact it is usually the case….

Note: Part two of “Systemic Blindness” will be available on November 20th. Meanwhile, feel free to share your views on the subject and the post.