Deploying all of the above trade strategy — compensatory trade techniques

There is no debating the fact that African countries have had a checkered history in fostering an environment that facilitates economic development. At the heart of it is trade strategy or lack thereof of African countries. With very few exceptions, innovative trade finance tools have been underutilized by countries of the continent. There is a patent lack of proactivity. Rather than seeking ideas, leaders seem content to wait for external factors to bring ideas to them. At a time when African leaders are supposed to be scouring the globe for new ideas as well as ways and means of turning around the economic fortunes of their respective nations, the recurring theme is that one global trade and financial innovation after another passes without leaving much of a mark on most countries.

One of the primary areas in which the failure of leadership manifests itself is in the inability of African countries to adopt and implement structures and ideas that are functioning elsewhere to solve their problems. It is as if African leaders and their countries exit in an altered state in a planet that is zoned off from contact with other elements of humanity. One in which the activities and events taking place around the world is happening in a parallel universe. The main question one asks about the status quo in many African countries is: why have African countries had so much difficulty charting a course for economic prosperity and sustenance? The critical reason for it is missed opportunities.

The generally accepted assertion that African countries are de-coupled from the global economic community stems largely from the lack of participation of most African countries in key economic, industrial and service innovations taking place in the rest of the world. In the 1970’s, China, in implementing the four modernizations, determined that in order to create jobs for its people it would have to modify its attitude towards foreign ownership or participation in enterprise. It was during this era that the late Deng Xiaoping coined the phrase that the “color of the cat doesn’t matter as long as it catches mice.” China freed itself from dogma through strong visionary leadership of Deng Xiaoping, among others and reached into the capitalist toolbox for ideas in trade and financial engineering. One of the tools they found enabled them to create a type of enterprise structure known assanliayibu. This arrangement, facilitatedintroduction of foreign business and economic activities into China, which took several different forms:

1. Lailliaojiagong—In this case, the foreign investor furnishes raw materials and packaging, etc, and the Chinese enterprise delivered finished products based on specifications supplied by the customer/investor and receives a processing fee.

2. Laiyangjiagong—In this case, the foreign party supplies samples and specifications while the Chinese enterprise produces and delivers the finished products and is paid in return for the cost of raw materials and process.

3. Laijiangjiagong—In this case, the foreign party supplies spare parts, components, etc, and if necessary equipment and technology and the Chinese enterprise assembles and delivers the finished products and is paid a processing fee.

4. Buchangmaoi—In this case, the Chinese enterprise buys machines, equipment, materials and/or management or technical services from the foreign party on credit and pays the foreign party with finished goods in one consignment or over a contractually defined period.

Based on the above four simple modifications of the techniques of Compensatory Trade, China created hundreds of new manufacturing and processing industries and was able to lay the industrial foundation for the economic transformation that the world is witnessing. 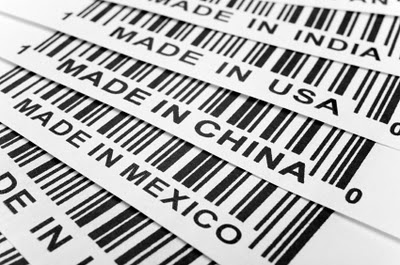 Brazil has and continues to use Compensatory techniques very extensively. In 2008, Brazil proposed a Buyback transaction involving offshore oil exploration, extraction and storage vessels in exchange for long-term supply of oil. Saudi Arabia has used Offset technique of Compensatory Trade extensively, beginning with a multi-billion dollar military procurement, now (famously) known as the “Saudi Peace Shield,”, to create new industries and investments totally unrelated to the original transaction. Every major industrialized and industrializing country in the world today uses offset technique of Compensatory trade, in most military and non-military procurement involving large movement of funds from their treasury. Through an offset component, they are able to mitigate the outflow of cash from their treasury by creating a reverse flow within the transaction. Every major international contractor understands that they have to make allowance for offset demands, if they expect to compete successfully in the global marketplace. Because Offset technique has been broadly employed and widely successful and has accounted for trillions of dollars in transactions worldwide since inception; and given the amount of information available to decision makers of African governments; and the factual reality that African countries desperately need to conserve hard currency resources; one would expect that most African countries would have become experts in structuring offset requirements and that, like Brazil in the 1970’s and 1980’s, they award foreign procurement contracts that incorporates some form of reciprocity for their economy.

In 2007, the Government of Kuwait established and commissioned a private business entity to handle Offset program emanating from contract awards issued by the Economic Ministry of Kuwait. The purpose for establishing NOC is to be a developmental and economic enhancer through executing Kuwait Offset Program. The company’s role entails implementing offset procedures, providing necessary facilities and support for foreign companies with offset obligation resulting from government contracts awarded to them, so as to help these companies fulfill their commitments through establishing joint offset business ventures (OBVs) with the Kuwaiti private sector. These OBVs will be approved depending on the extent they fulfill the three stated goals of the Offset Program, which include transferring and settling of modern technology in the State of Kuwait; creating job opportunities for Kuwaiti citizens; and offering training and educational opportunities for nationals.

Why it is a missed opportunity

The missed opportunity is that African countries have the greatest need to conserve foreign reserves and as exporters of primary commodities, they are equipped to take advantage of such techniques but have almost completely failed to do so. If African countries had managed to snag the opportunities that created hundreds of new industries for China in the late 1970s through the 1980s, what impact would it have had on their economies? The sort of arrangements that were entered into by African countries were typically very poorly conceived and did more harm than good because African Governments lacked ethical representation. Most agreements that were commissioned were very unfavorable and ill-conceived. However, the knowledge required to negotiate fair and balanced agreements with global entities is and has always been simple to acquire, even today.

What the world has read and heard for the most part, from African officials, is outright denouncements of the techniques of Compensatory Trade and its benefits, mostly by people who are least informed and least equipped to judge the effectiveness. Considering that Countertrade once accounted for 1/6th of world trade, accounting for trillions of dollars in business transactions since its modern advent in the 1980s; and that countries like Brazil, China, South Korea, Japan, India, etc, used it very effectively, it would have be wiser for African governments to be curious about the opportunity and what it offers by way of solutions to their economic challenges.

Missed opportunities are costly because it is not only the solutions that such opportunities represent but also the prolonging of unnecessary suffering for the people because opportunities were missed that could have improved their lives. It would be wise in certain circumstances for governments to invest in sourcing of correct information through vetted, credible sources that will provide real-time intelligence about the use of particular techniques, the benefits and detriments, and upon sure knowledge, base critical economic and life-changing decisions. It is also wise to review why a strategy that is very successful for other countries in other regions cannot find success in one region among a group of countries. By conducting a naked, unvarnished review it is possible to unearth the real source of the failure of any strategy or technique.